Actor Kunal Kemmu started his journey in Bollywood at a very young age and has stood his ground in the industry! Throughout his three-decade-long career, he has dabbled with multiple movie genres; think, action in Kalyug and Malang; social drama in Traffic Signal; crime thriller in Abhay, comedy in Lootcase and the last two releases of the Golmaal franchise; or even zombie apocalypse in Go Goa Gone. Among these many characters, however, is his wanderbug-bitten side—a role which he has donned off-screen with ease and dreams to nurture more of, this time with his daughter, Innaya, to accompany. In a hearty one-on-one, Kemmu talks about his love for road trips, movies, family and more. 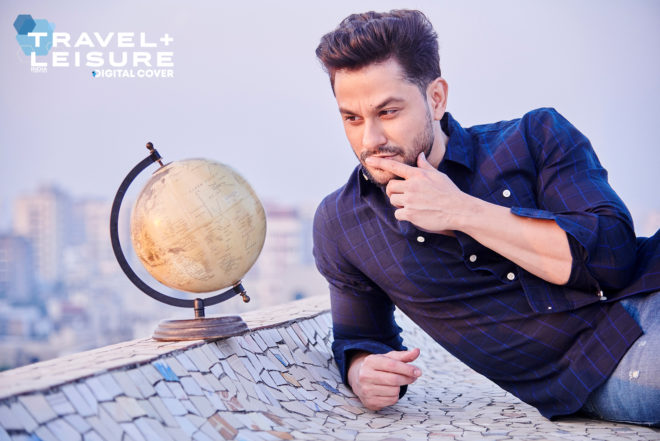 You debuted in movies as a child actor. What are the changes you’ve noticed in the industry over the years?

This industry, like everything else, has been evolving—be it techniques, genres, or the kind of films being produced. Earlier, there weren’t as many young people in the business as there are now. Now directors are also debuting at 22-23, if not earlier. The kind of films that are being made now isn’t limited to genres. Earlier, out-and-out comedies were not made as much; there was parallel cinema, instead. Overall, I think the industry has gained a lot and the audience has evolved, too. Also, since we watch a lot more international stuff, we’ve become more universal in our ways of embracing newer techniques. The kind of Hindi that we speak has become Hinglish, and the same has been translated into films.

As a child actor, it was a different ballgame altogether. Today, with digital platforms coming in, it has added another layer to both sides—that is, the makers and consumers. It’s been a learning curve for me and I’m happy that I got a chance to enter Bollywood in 1992. Next year it’ll be three decades! I feel blessed to be able to do something that I enjoy.

You’ve been a part of movies and web series, both. How different did you find the two formats?

Initially, even I wondered how different the two would be. But when I reached the sets of Abhay—the only digital series I’ve done so far—I couldn’t tell a difference between a film’s set and a web series’ set. The camera, the number of crew members, and the technique was the same. The only difference is that, as an actor, you get to live a certain character for a longer period since everything gets stretched out [in a web series]; it’s a lot more engaging.

With Abhay, it’s given me so much joy because it worked well with the audience. I think the only barometer to judge whether a web series is doing well is that you get to do more and more seasons. We’re writing the third season now, and I’m excited to see where it’s going to take us.

You’ve played many characters. Which is your personal favourite and why?

Honestly, I don’t have any favourites. I became an actor because it allows me to live many lives, even if it’s just for a short while. When I was a kid, I did comedy in Hum Hain Rahi Pyar Ke or Raja Hindustani; I also did films like Zakham, which had serious plots. And then when I dabbled with theatre, I enjoyed playing different characters. So, it’s pretty tough for me to pick a favourite role. However, comedy comes naturally to me because I’m a light-hearted guy who likes to be funny. 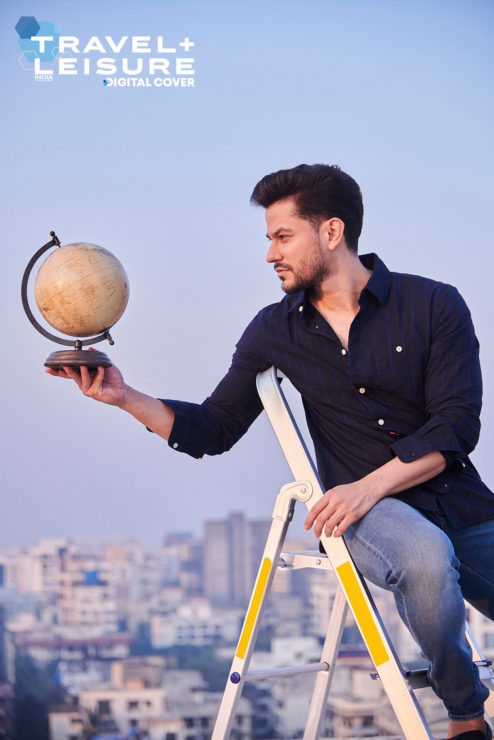 You recently got a tiger tattoo. Tell us a little bit about it.

I’m an instinctive guy. I don’t think I gave it [the tattoo] much thought. For me, I’ve always adored tigers and love what they stand for.

When I went to the tattoo parlour, I looked at the designs, and the first thing I said was that “I want a tiger.” Then it was all about figuring out how big, where, and what kind of design. I know tattoos sometimes have very big meanings—I mean, I have ‘Innaya’ tattooed on me, which is way more meaningful—but the tiger itself is just the biggest and most excruciatingly painful tattoo that I have ever gotten.

I love going to London in the summers. I also love the Maldives because it’s close to India and they have incredible diving excursions.

A destination you would like to visit with your daughter?

She is turning three and travelling with her now would be more fun. Now she can communicate properly and tell me what she enjoys. I know that she loves the beach. I can’t wait for her to wear a snorkel mask and go snorkelling and diving with me. So yes, I would love to visit a beach destination with her! 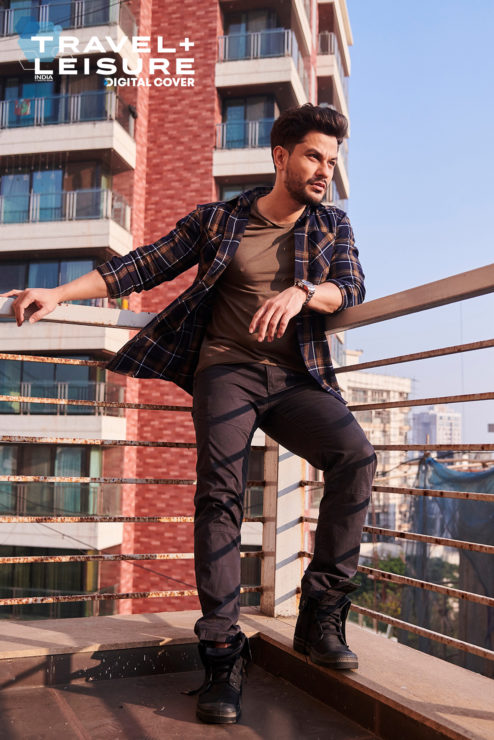 How did you satiate your wanderlust during the lockdown?

If you could revisit a place and stay there for a month, where would you like to go?

Last year, before the lockdown, we celebrated the New Year in Sydney with a close friend who lives there. It allowed us to enjoy everything at once. For instance, when you go to London, you get the parks but you don’t get the warm ocean. Or, when you are in the Maldives, you get the beach but no parks. Australia gave us both. It had big parks where Innaya got to play with dogs. And, we visited the beach to dip our feet, too.

I’ve always wanted to visit the Scandinavian countries and witness the Northern Lights.

Domestic travel and road trips are seeing a surge in the post-COVID-19 world. Where would you like to go on a road trip?

I love biking! I’ve been riding back and forth from Lonavala [to Mumbai]. I would like to go to Goa on a road trip, and if that goes well, I might plan longer trips.

There’s so much to discover on a road trip; you run into lesser-known, quaint coffee shops, family-run restaurants and even hidden gems that you would never uncover when travelling via aeroplanes. That’s the beauty of road trips.

Your most memorable road trip?

Last year, five of us [Kemmu and his friends] went on a biking trip to Europe. We started in Zürich; rode through Austria and Italy; and concluded our journey in Switzerland after 10 days of riding. It was one of the best biking trips ever; I explored small towns that I didn’t even know existed on the map. It was an experience that I cannot explain in words. 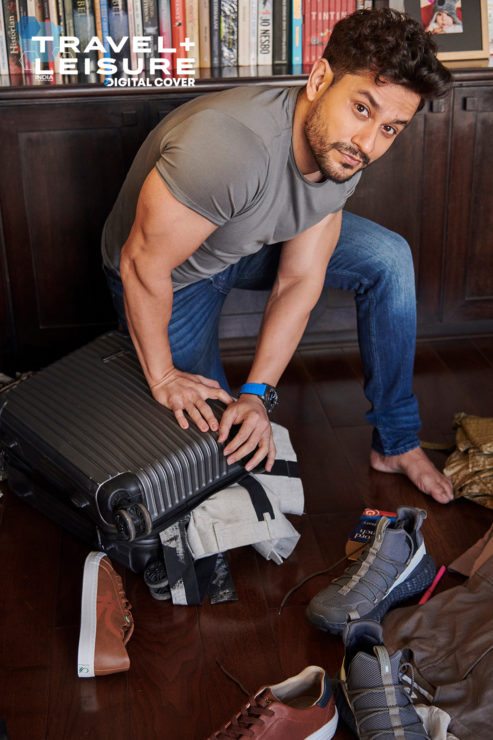 A hidden gem you discovered in India?

When I was in college, we visited Halebeedu and Belur [in Karnataka] which are very architecturally rich places. I have such vivid memories of these towns. We even went to the southernmost tip of India where you can see the Triveni Sangamam at Kanyakumari. The Bay of Bengal and the Arabian Sea merge into the Indian Ocean here.

Any tips on travelling more consciously in the post-pandemic world?

Care for yourself and others while travelling. Get tested before any journey to be on the safe side. Avoid littering and travel light!

Related: Elli AvrRam: A Woman Of Style, Smiles And Spunk

As told to
Bayar Jain
Photography by
Anurag Kabbur
Styled by
GAS, and Scotch & Soda
Makeup by
Prasad
Hair by
Tanik Singh
Location
Mumbai
Get the best news and reviews from Travel + Leisure India delivered straight to your inbox.