Starring in unconventional roles comes naturally to Bollywood star Richa Chadha. Whether it’s that of a foul-tongued gangster wife, a struggling movie star, a college professor, or even a boisterous lady-don, this model-turned-actor has many on-screen personalities to her credit. In an exclusive tête-à-tête, she gives us a glimpse into her travel-loving avatar. 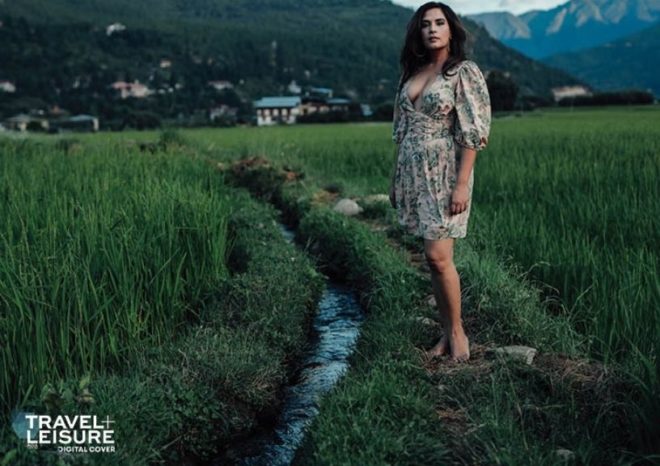 You were in Bhutan recently, a nation credited to being one of the happiest countries in the world. What do you think could be the secret to their happiness, and what lessons did you bring back with you to include in your daily life here?

I believe at some stage, Bhutan’s government decided to put environmental upkeep of the country above profit. Seventy per cent of the country is still a forest, while India has less than five per cent remaining. For me, that is a no-brainer. Mindless industrialisation does not make anybody happy. I believe, Bhutan has somehow created a balance between the two. They keep their lives very simple. I also feel like their state policies themselves encourage happiness. I was quite surprised to see that the punishments for bringing pesticides and the likes into the country are almost the same as bringing in drugs. In India, we don’t have clean drinking water. Most of our cities have hazardous levels of pollution. How will we sustain in the long run? Nobody would want to enter the future, and no one would want to bring kids into the world as they will be ridden with a guilt of not being able to provide the necessities to these new lives.

For me, the environment plays a vital role in how your mental health is, and how you feel. I think Bhutan has managed to do that very well. I never encountered any traffic during my stay there. I did not hear a single song, and I did not witness a single fight erupt on the road. I believe that there are many other factors behind making it the happiest country in the world as well. For instance, Bhutanese people are nice in general. If you ask someone on the road for directions, and if they are free, they will go all the way to drop you there. I was amazed to see this level of humility. 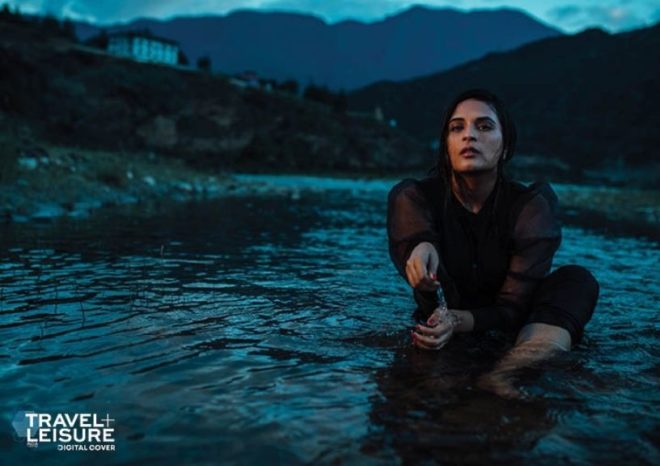 It is often believed that culture and traditions are very integral to Bhutan. Did you see this same side of the kingdom, or could you manage to witness a completely different side of it?

Although it’s not a huge country, it has a pretty diverse landscape. You can go look at the fields or even the mountains. There’s also city life to witness, but everything gets shut by nine or 10. The people there lead a very healthy life and eat locally produced fresh foods. The taste of fruits and vegetables there was completely different. The air was very clean. Yes, they are cultural, but not to the point of imposing it on others. They are not jingoistic about it at all, unlike many countries in the world, and unfortunately even ours in the current scenario. They are very mellow about it. Also, being a Buddhist country, the people there are very sweet – at least in my experience. It might change for those living there, but outwardly as a tourist, it was very pleasant.

Did your tour just revolve around the Buddhist aspect of the nation, or did you try doing a little bit of everything?

I went to a couple of monasteries just to have a look and sit in silence for some time, but I also tried to walk in the local markets. I even tried a lot of Bhutanese food and locally made beer. 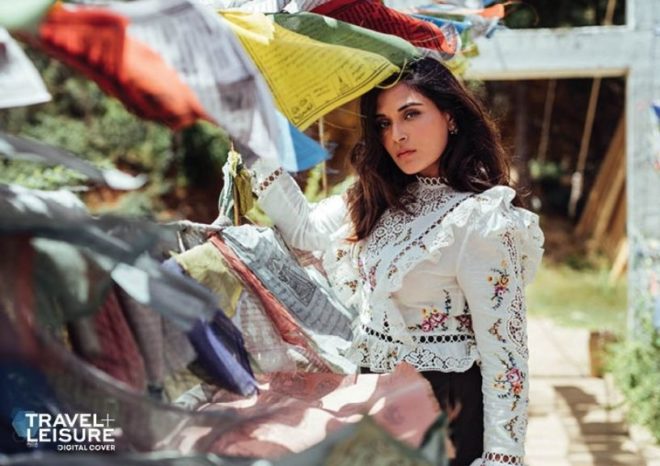 You’re a true-blue Delhi girl who has parked herself in Mumbai. What has the transition been like for you?

I’ve been in Mumbai for almost 10 years now. For me, the transition was very easy, because when I moved here, I already had a friend from college living here. We shared an apartment, so it was very easy and cushioned for me. When I wanted to be an actor, someone else wanted to be a writer, so it became easier. My experience has been truly pleasant in Mumbai as the freedom this city gives to women is unmatchable. I’ve never had to think twice before stepping out in this city. Also, the spirit of citizenship in Mumbai makes the city better. It’s the spirit of this city that I love.

Throughout your Bollywood career, you’ve donned many different accents and dictions. Which city or town’s lingo was the toughest for you? And which one did you enjoy trying out the most?

I don’t think anything was difficult like that, because I think I’m gifted at picking up dialects easily. We are born in a country that is so rich in every aspect, including accents and language; I love it! I can read and write Gujarati, Tamil, Punjabi, English, and Hindi. I can even understand Kannada and Marathi. But if you ask me which one I enjoyed the most, I can’t choose. I enjoy all my parts. If I don’t enjoy playing them, even my audience will not enjoy watching it. 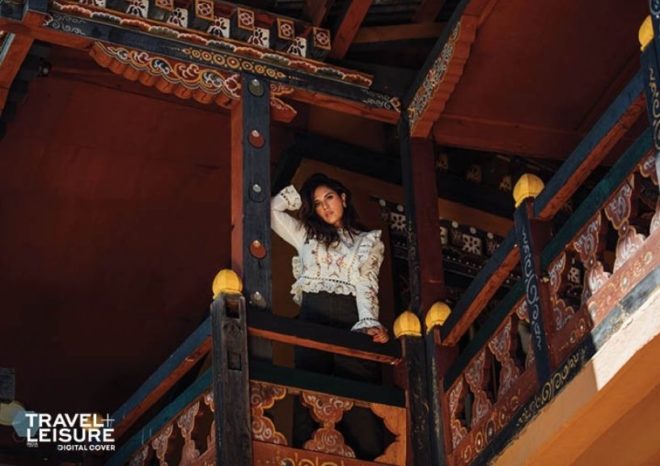 You’re constantly on the move for various shoots. In what way does the culture of these places influence your work?

The culture of a place definitely influences my work. I always tell my producers it’s good to be in an environment that’s conducive to your work. When shooting in a different country, the place’s weather and people add to the character. When you are authentically living in someplace, it makes a big difference.

Amongst the various Indian destinations you’ve shot at, which would be your favourite and why?

Every place in India is beautiful. After the floods in Kerala last year, we selected a small place in Karnataka called Agumbe to continue the filming for Shakeela. I think, after Cherrapunji‎, Agumbe receives the highest rainfall in India. In Agumbe, there’s a small village called Thirthahalli. It’s in the middle of a rainforest and is breathtakingly beautiful. I love working in nature. At the same time, cities like Kolkata and Bhopal have their own charm. Bhopal is like itminaan ka shahar (a leisurely city) for me. However, my most special shooting experiences have come from Varanasi, because that’s where we shot Gangs of Wasseypur and Masaan. 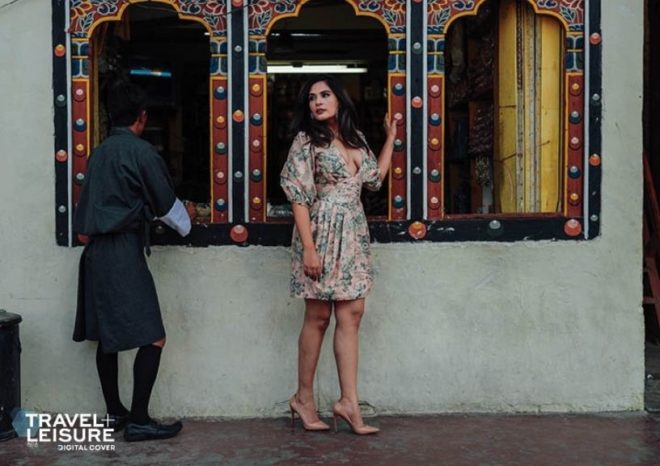 You’ve travelled the world for shoots and tours, which place do you think is underrated and deserves more attention by travellers?

Sweden, I’d say. When people want to take a holiday, they mostly go to Switzerland. But, Sweden is the most fun country I’ve been to. It’s also the safest I’ve been to. I went there for a shoot. After we would pack up for the day, my makeup artist and I would hit all the bars in there, and it was absolutely safe. I feel Sweden is a world in its own. Even the architecture there is very beautiful.

You’re a vegetarian-turned-vegan. Does this dietary preference double as a hurdle while travelling, and how do you cope with it? Which country has been the most vegan-friendly?

I remember having a tough time with vegan foods in South Africa and Georgia. Surprisingly, Sweden was the most vegan-friendly as their law requires them to have at least one vegan dish at every restaurant. This is something to learn. When you include diversity in a policy, then everybody has an easy time. 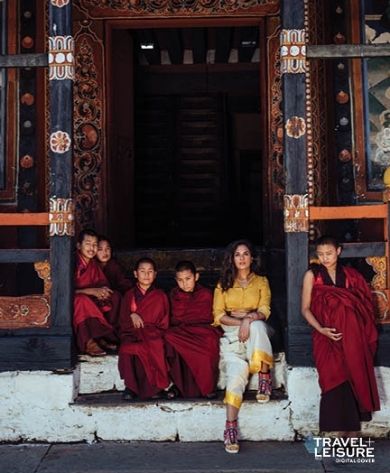 Conscious travel is on the rise. What’s your take on it?

I believe I live consciously, so travelling is not very different either. However, I can’t control the number of flights I take. We must plant enough trees for flight emissions to be neutralised. Earlier, I would be very conscious about wasting water, and electricity. I recently bought an SUV, but I learnt about its harmful impact on the climate afterwards. I felt so guilty then! So now, I have a carpool in my area. Since it’s a larger car, I try to fit four to five people on every trip. Even for skincare, I try to find products that are organic, vegan, and eco-friendly. Most people forget it’s not just the product, but the packaging – which is plastic in 90 per cent of the cases – that is harmful. It’s actually one of my goals to start a sustainable beauty line in the future with no impact on the environment. 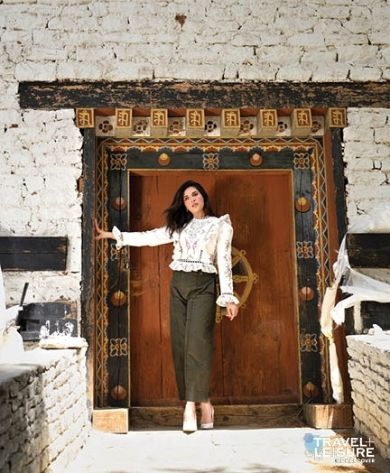 What would you say to girls out there who would like to go on a solo trip around the world, but are afraid to do so because she has been told: “she’s just a woman”?

I’ve taken lots of solo trips. It’s always fun, and worth it. While I love travelling with people as well, you grow on solo trips. I would tell women that travelling is the best cure for bigotry and racism. You learn so much by exploring. If humans were supposed to live and die in one place, then there wouldn’t be any civilisation. The fact that India has so many different people, languages, cultures, colours, and races is because people have travelled. We need to remember that we are a mix blend as a country, and it’s a reflection of the world.

Related: Did You Know Imtiaz Ali Is A Spontaneous Traveller?

As told to
Bayar Jain
Photography by
Mayank Sharma
Makeup by
Sherab Lhamo
Location
Bhutan
Get the best news and reviews from Travel + Leisure India delivered straight to your inbox.

#WorldPaellaDay is best celebrated in the company

#TnlRecommends⁠ ⁠ Nestled within the idyllic

Ever seen a jumping rhino 🦏?😍 We love this p

We're back with the 10th edition of our annual fla