Marvel At These Iconic Taxis From Every Continent In The World

From Kolkata’s humble yellow taxis, Mumbai’s multi-hued interiors of kaali-peelis, or even New York’s jiffy cabs, taxis around the world are an integral part of local travel. Today, we look at some of the most iconic taxis to exist. By Bayar Jain

Iconic Taxis From Every Continent In The World

Paying tribute to the humble cabs that swerve through streets worldwide, Budget Direct, an Australia-based insurance company, collated some of the most iconic taxis around the world, each divided continent-wise! 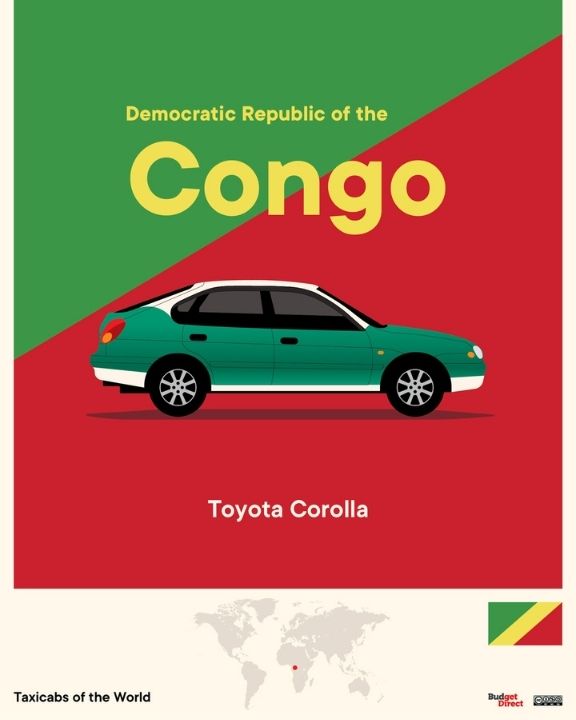 Moroccan city Marrakesh houses some of the grandest old taxis in the world…literally! Known commonly as ‘grand taxis’, these carriers aren’t as large as they are regal, courtesy vintage cream-coloured Mercedes. When not going grand, ochre Fiat Uno or Peugeot 205 petit taxis also throng the streets of Marrakesh.

Madagascar, however, strays away from the yellow. Renault 4s and 2CVs from the 1970s roam the streets, each of which is treated with utmost respect from the drivers. 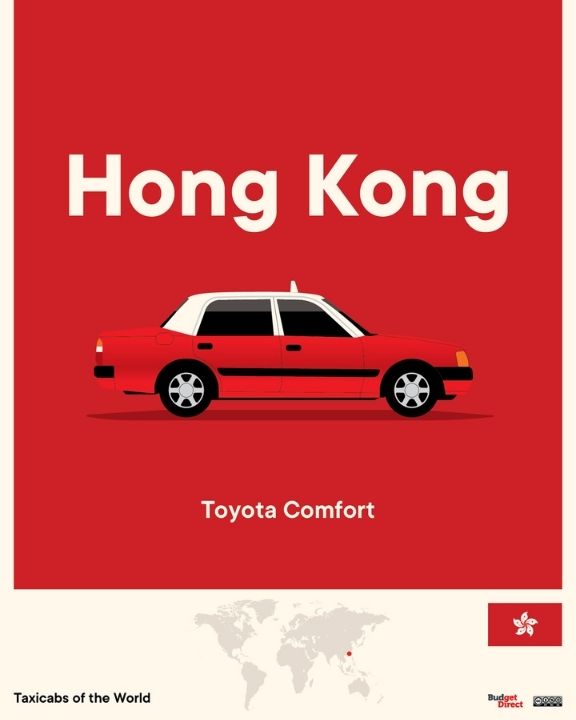 Hong Kong boasts of three types of taxi services, each differentiated by colour and territory (red, for the entire city except Lantau; green with white roofs, for New Territories; and 75 pale blue taxis for Lantau alone).

Australian streets, true to their North American past, look like descendants of the American yellow cab, which were first imported in 1924. Although today Melbourne-based cabs have to be yellow by law, Australia’s first fleet of iconic taxis were olive-green Renaults. 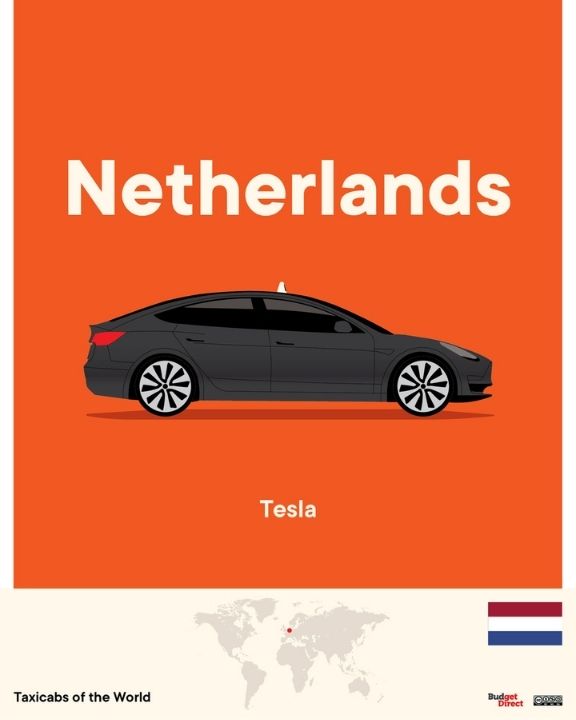 One of the most iconic taxis in the world, the study notes, is London’s black cab. Officially known as the hackney carriage, these local carriers were built by different manufacturers in accordance with the city’s legal specifications. Today, The London Taxi Company (now absorbed into China’s Geely Automobiles) is responsible for the classic vehicles. Fun fact: Londoners voted the black cab as their favourite design icon for the city.

The Netherlands, however, turns vintage on its hand. These cabs are mandatorily monotone white or black, with a blue number plate to match. Keeping things modern, these Dutch cabs are reportedly being upgraded to the electricity-based Tesla.

Iconic Taxis of the Middle East and Central Asia 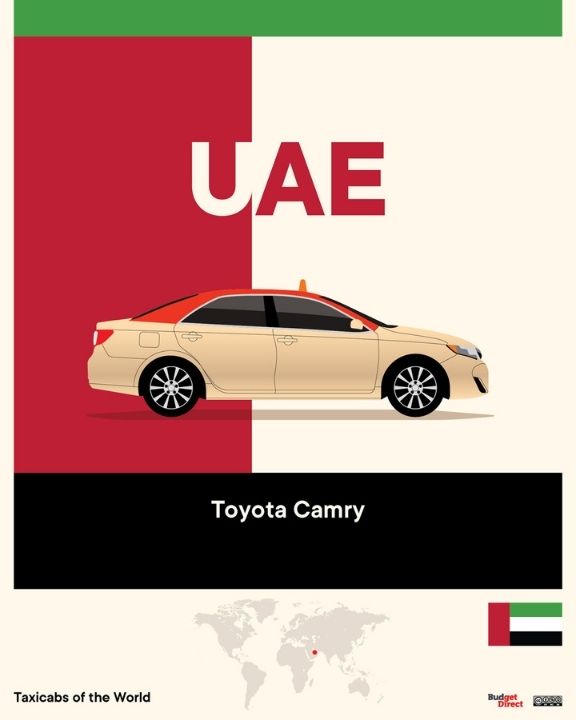 In UAE’s Dubai, however, beige thrives. But, the taxis’ roofs differ depending upon the manufacturer, of which red-roofed ones (run by Dubai Taxi Corporation) steal the limelight. 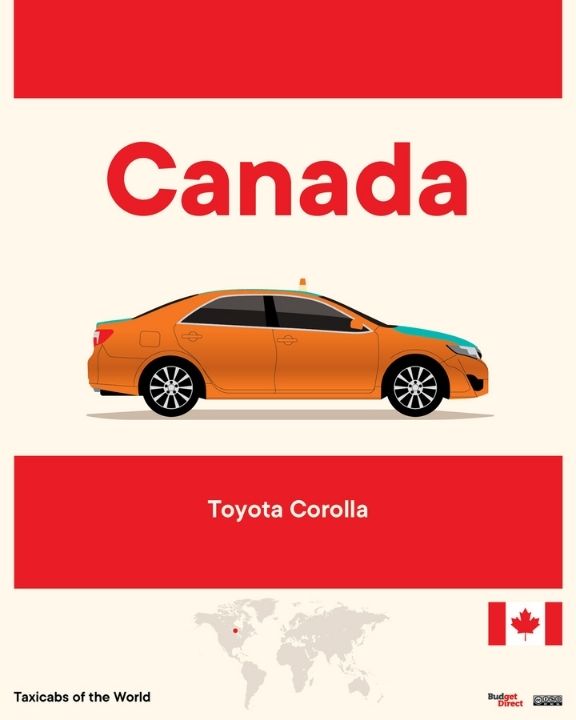 New York’s yellow taxis is unabashedly one of the most famous taxis in the world. In the past, multiple American companies have jostled for the propriety of the iconic colour for their taxis, but in 1970, the battle settled. Then, it became a law for regulated cabs to don the yellow hue to differentiate them from the unregulated lot.

Interestingly, the biggest taxi company in the world, Beck, resides in Canada. Toronto’s orange and turquoise Beck cabs might not be as famous as New York’s yellow taxis, but there sure are a lot of them! 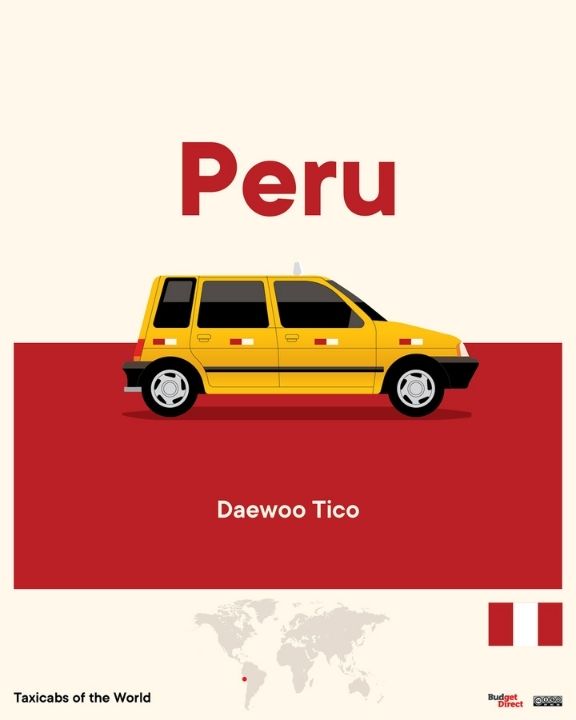 Argentinian cabs reverse the New York colour scheme—that is, black with yellow roofs. This is in tribute to the common paint job of the much-loved Peugeot 504—a dominant taxi of the 1980s in Buenos Aires and other cities.

Peruvian cabs are all yellow, with the country’s flag around the beltline. While the colours are generic, these taxis stand apart for their shape: a retro-futuristic car-box silhouette of the Daewoo Tico, most of which ply the streets of Chiclayo.

Editor’s Note: Keeping the current situation of the pandemic in mind, T+L India recommends every reader to stay safe, and take all government-regulated precautions in case travel at this time is absolutely necessary. Please follow our stories on COVID-19 for all the latest travel guidelines.

Related: India Gets Its First (Of Many) Small Aircraft Taxi From Chandigarh To Hisar

Flying Cars Are Here! Check Out The First Visuals Of The AirCar From Slovakia Here

Arriving In India From Abroad? Here’s Everything You Need To Know About The Revised Guidelines

Insight
Cirque du Soleil Set To Bring Its Top Shows To Saudi Arabia
Insight
Sotheby’s Is Auctioning Off A Black 555.55-Carat Diamond Believed To Be From...
Insight
Explore Paradise On Earth Through The New Heritage Tour Bus Service In...
Insight
Kiribati Goes Into First Ever Lockdown As COVID-19 Cases Get Detected In...
Insight
Fully Vaccinated Travellers Arriving In The UK No Longer Have To Undergo...
Insight
Starting February 15, Travellers Heading To Belize Will Need To Purchase A...