Puducherry Makes COVID-19 Vaccination Compulsory For All With Immediate Effect

The government of Puducherry has made COVID-19 vaccination mandatory for all persons with immediate effect. Those that are found violating the new directive will face penal action under the law, according to the Puducherry Health Department. By Eshita Srinivas

Amid the Omicron variant scare, the union territory of Puducherry has made it mandatory for all persons to get vaccinated against COVID-19 with immediate effect, the Director of Health and Family Welfare Services, G. Sriramulu stated in an emergency order on Saturday night. He added that those skipping it would face penal action under the law.

The government of Puducherry makes COVID19 vaccination compulsory in the Union Territory with immediate effect. pic.twitter.com/i87ZhAZFbN

The Puducherry government invoked the Puducherry Public Health Act, 1973 to implement mandatory vaccination. A provision in the act gives the government the power to make inoculation compulsory in the event of a pandemic.

“In exercise of the powers vested as per section 8 and as per the provision of section 54(1) of the Puducherry Public Health Act, 1973, the undersigned enforces compulsory vaccination for COVID-19 in Puducherry UT with immediate effect,” the circular issued by the Puducherry Health Department read.

The decision is said to have been taken to achieve cent percent vaccination of all eligible people, so as to prevent the spread of the virus, according to a report by The Print.

Over two lakh people are yet to be vaccinated in Puducherry 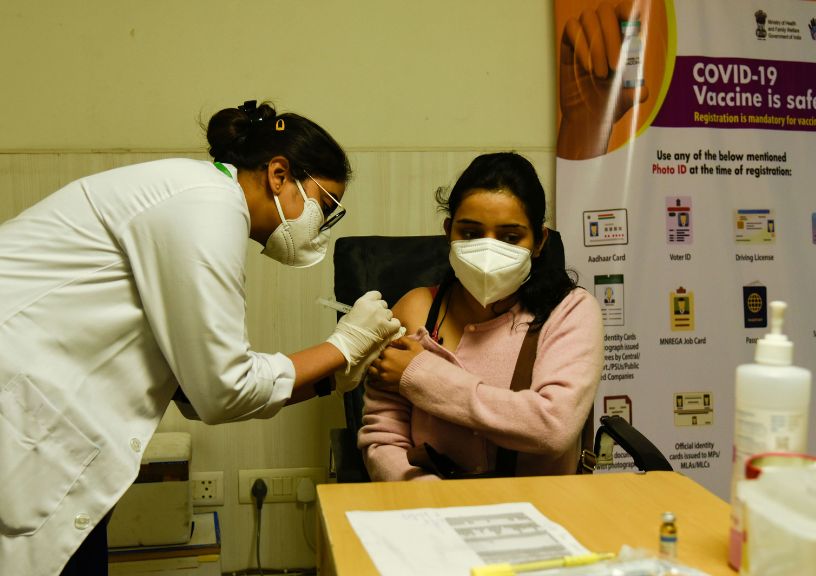 As per a report by Outlook India, 126.53 crore vaccine doses have been administered in the country in accordance with the nationwide vaccination drive. Of this, the Puducherry Health department has administered 12,55,172 doses as of December 4. “Out of over 10 lakh eligible population, only 7.74 lakh people are vaccinated, more than 2 lakh people are yet to be vaccinated,” G Sriramulu said.

Earlier this week, the former Chief Minister of Puducherry, V Narayanasamy, had requested Prime Minister Narendra Modi to allow booster doses for people who were already vaccinated with two doses of the COVID-19 vaccine according to a report by The Economic Times.

The Madurai District administration also announced on Saturday that unvaccinated people will not be allowed to enter public spaces such as hotels, shopping malls, and other commercial establishments. The administration has allowed one week’s time for people to get at least one dose of the COVID-19 vaccine.

He added that only people with a COVID-19 vaccine certificate should be allowed in crowded places.

The 5 Biggest Mistakes To Avoid When Booking A Yacht Trip, According To An Expert

India Is All Set To Introduce An E-Passport, Which Will Have A Chip Attached On Its Jacket

Insight
How To Curate A Perfect Travel Wardrobe That Works In Any Destination,...
Insight
5 Biggest Mistakes To Avoid When Buying A Vacation Home, According To...
Insight
You Can See The Northern Lights From This Alaska Train — And...
Insight
The One Cocktail Science Says Tastes Better On A Flight
Insight
Pictures Of The Highest Football Stadium In India Go Viral And We...
Insight
Turkmenistan May Soon Close Its Famed ‘Gates Of Hell’ Crater