Home > Insight > What You Need To Know > Heading To Uttarakhand? You Can Now Add A Jungle Safari And Crocodile Trail To Your Itinerary
Insight

Heading To Uttarakhand? You Can Now Add A Jungle Safari And Crocodile Trail To Your Itinerary

Insight
Heading To Uttarakhand? You Can Now Add A Jungle Safari And Crocodile Trail To Your Itinerary
Share
Next article

A popular tourist destination, Uttarakhand is known for its stunning natural topography and rich biodiversity. Tapping into the latter, the chief minister of the state has inaugurated a jungle safari as well as a crocodile trail for travellers heading to the region. By Eshita Srinivas

In a bid to boost tourism in the state while preserving its natural ecosystem, Uttarakhand chief minister inaugurated a jungle safari in the Surai ecotourism zone which is located in the Terai east forest division in Khatima. He also launched a crocodile trail in the Kakra canal. These initiatives are also a part of the government’s “Young Ecopreneur Scheme,” which aims at generating employment by connecting Uttarakhand locals with their forests and wildlife, according to a report by ANI News. 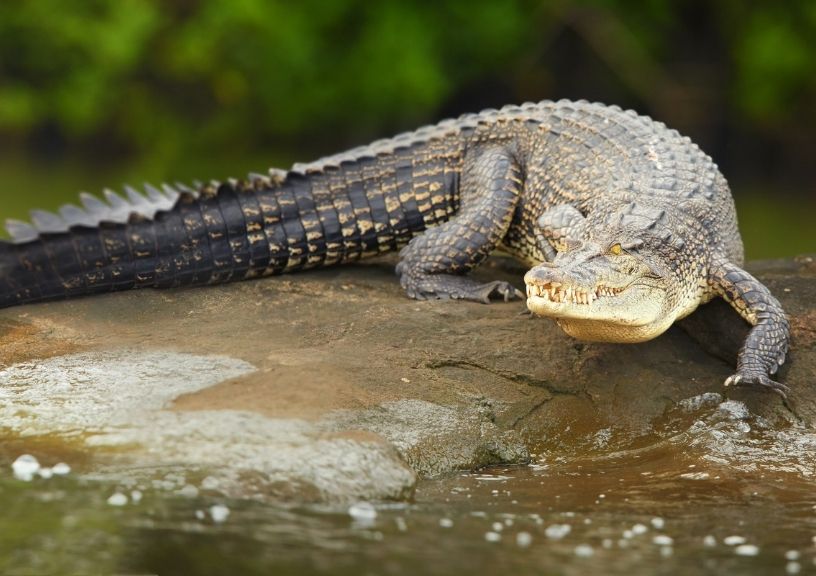 Couched in the western perimeter of the Surai eco-tourism zone, the Kakra canal is home to over 100 marsh crocodiles, a freshwater species that have gone extinct in countries like Bhutan and Myanmar. The canal has been channelled and fenced for up to 4 kilometres and several viewing points and watchtowers have been erected around it. This has been done to ensure that visitors get to take a look at these rare and dangerous crocodiles from a safe distance, as stated in a report by The Print.

This is believed to be not just the first crocodile trail in the state but, considering the nature of the species, in the country as well. Speaking to Times of India, Sandeep Kumar, Divisional Forest Officer of Terai said, “This is the first such crocodile trail where people can watch the species from a very safe yet close distance. There are wetlands containing crocodiles in different states in which boating is allowed. But, no such trail exists that exclusively aims at educating the people about the significance of marsh crocodiles.”

Senior scientist at the Wildlife Institute of India, Dr K Sivakumar added, “Promoting ‘crocodile tourism’ is a right approach taken to change the perspective of people from seeing it as an animal of conflict to that of significant value in our ecosystem. All they require is good nesting sites and food.” Protected under the Indian Wildlife Act, these crocodiles are found only in India, Sri Lanka, Bangladesh, Pakistan, and Nepal.

The ecotourism zone is home to several wild animals 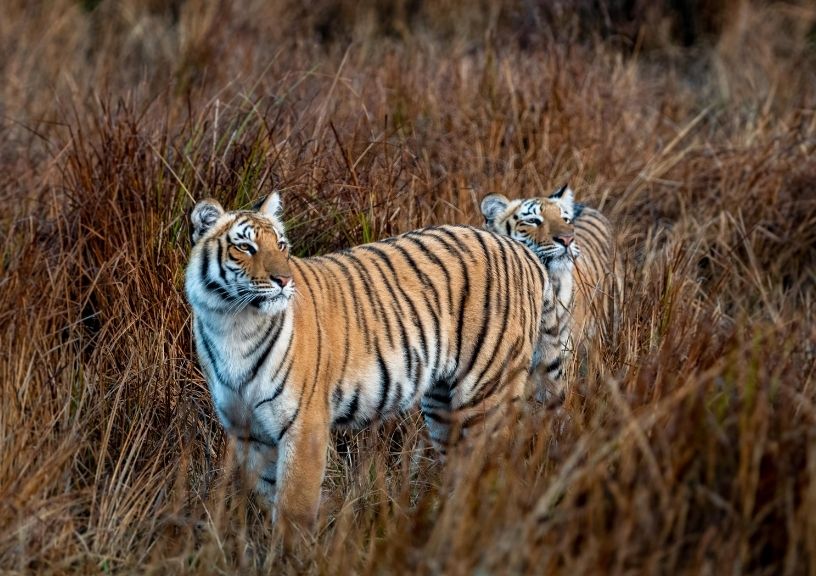 The forest department of the state also developed several routes along the 180 square kilometres large Surai forest area. This region is home to several sal trees and pastures and is frequented by tigers, bears, chital, sambars, pangolins, and coral snakes. In addition to this over 125 species of mammals, 150 species of birds, and 20 species of reptiles call the region their home. And, while earlier travellers could only access safaris through national parks and biosphere reserves, this ecotourism zone is the first of its kind in the state to offer a jungle trail.

This is the first half of the four-part initiative by the government, which includes the Surai eco-tourism zone, Kakra crocodile trail, Khatima city forest and Chuka migratory bird centre. While the development of the first two has been completed, work on the city forest and bird centre has commenced, according to a report by Hindustan Times.

Related: Jaipur Literature Festival Is Back – This Time, In A Hybrid Avatar

The One Cocktail Science Says Tastes Better On A Flight

Insight
Turkmenistan May Soon Close Its Famed ‘Gates Of Hell’ Crater
Insight
The One Food You Should Never Order On A Flight, According To...
Insight
International Travellers Can Soon Fly Directly From Northeast’s Third International Airport In...
Insight
AlUla And Dolce & Gabbana Unite To Celebrate Culture & Tradition At...
Insight
Why You Should Always Choose A Window Seat On A Plane During...
Insight
This Airline Was Just Ranked The Safest In The World