By Sumeet Keswani
Get the best news and reviews from Travel + Leisure India delivered straight to your inbox.
Share

In her Booker-shortlisted debut novel, Burnt Sugar, Avni Doshi seamlessly weaves complex narratives of motherhood, memory loss, and trauma. As the Jaipur Literature Festival kicks off, Doshi speaks to our Managing Editor about the book’s inspiration, her connection with Pune, and the evolving idea of home. By Sumeet Keswani

What inspired the themes of the book: dementia and motherhood?

My grandmother was diagnosed with Alzheimer’s about five years ago. The tension between the beauty of an almost poetic nature and terror is something that exists in my experience of her as she continues to deteriorate. She can go from blissful and childlike to enraged and paranoid in moments—and we, her loved ones, can only watch with our hearts in our throats. I suppose I wanted to capture some part of that in the story. But Burnt Sugar began as an investigation of mothers and daughters, and the different aspects of this relationship. In a sense, a mother is the first god you encounter at birth, the source of attachment, nourishment—and also as an archetype, she activates something powerful in the psyche. How, then, can a negative mother complex play out, how can it become an obsession, the centre of a child’s life and how they negotiate all their subsequent relationships? Also, how do we become our mothers, and isn’t it inevitable that we will, if they form the basis of who we are? Antara [the protagonist] will always have her mother’s voice in her head, her mother’s face in her face—it’s inescapable, something that haunts her. These were some of the formative ideas I had that went into thinking about mothers and daughters. 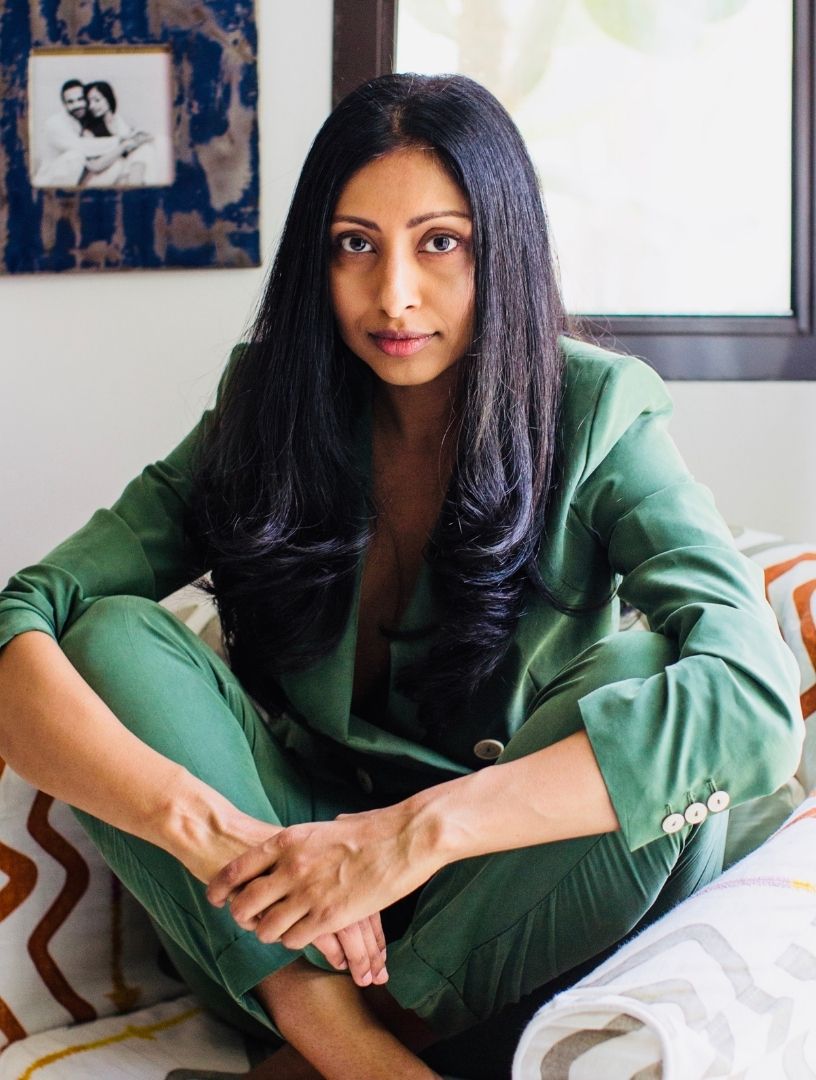 You recently gave birth to your second child. Did that affect Antara’s maternal experiences in the book as well? Or the other way around?

I finished the draft that would become the novel in 2017. I gave birth to my first child the year after, so my personal experiences are not in the book. I re-read the novel after my son was born because I was curious to see if I had gotten anything terribly wrong, especially about the narrator’s postpartum period, but I was happy to see that it still rang true. It is hard to know what this novel would have been like if I had had my children before completing it.

In what ways did the Booker Prize nomination affect you and the book?

Being on the shortlist for the Booker [Prize] was something I never even dreamt of, and I’m so grateful to all the editors who saw potential and believed in my manuscript.

Your book hit popularity in a year devoid of travel and physical literary events. How did that affect you as a first-time novelist?

I was lucky that the attention around the Booker [Prize] helped my novel reach readers. I know that it has been particularly difficult for debut authors to reach audiences.

If you were to go on a book tour now (assuming the pandemic is dealt with), where would you want to go?

I would love to do a book tour in the [United] States, near where my parents live. Maybe one day.

Your favourite bookstore(s) in India and abroad?

I love [Mumbai’s] Kitab Khana. In New York, I loved to go to McNally Jackson on Prince Street. Every trip to London has to include a visit to Daunt Books. In Dubai, there’s a bookstore called Magrudy’s very close to my house, which is lovely, and where I buy most of my children’s books.

Which writers have shaped your journey?

I mostly read literary fiction, and some of my favourite authors writing today are Katie Kitamura, Raven Leilani, Ottessa Moshfegh, and Carmen Maria Machado. When I was younger, I only read “classics”—that was all I knew. I guess I was an obedient reader. I did what I was told. Toni Morrison and Henry James were very important to me when I read them in school. I think reading Marquez for the first time in my 20s changed my life.

What is your earliest memory of travel?

My earliest memories of travelling are the times we used to go to India. I remember the insides of people’s homes so clearly. Particularly the toilets. Isn’t that strange? I think there is something terrifying about other people’s toilets, especially for children. I remember being on the plane; we used to fly Swiss Air. How strange and magical that seemed!

Does travel play a role in shaping your narratives?

I think it must, though probably not consciously. I have travelled so much in my life, for a period it felt like I was living out of a suitcase. My parents are avid and adventurous travellers. They’re adventurous eaters, too. Food was always very important when we travelled.

Your novel describes ‘Poona’ (Pune) in vivid detail. What’s your connection with the city?

My mother grew up in Poona, and we visited there very often when I was growing up. My grandmother still lives there, and I love going to stay with her. I’ve seen the city change, not from a macro perspective, but I can picture roads and street corners as they were before—even when I walk through them now. I don’t know if I can do that so clearly with any other place.

What does ‘home’ mean to you?

Home used to feel like something to return to. I used to think about my parents’ house as home. I still do, of course. Now home is where I work, where I raise my children. But home feels temporary now, and I realise that home may actually be more transient for my kids than it was for me. I guess home is a work in progress.

What’s your next writing project?

Protection is a novel on how families can shield us from the outside while leaving us vulnerable within. That’s all I am sharing about the new project at the moment, which is still in the process of being fully realised.

A Traveller Recounts Her Solo Trip To Toronto During The Lockdown

People
This Couple Has Visited Every Country In The World On A Vegetarian...
People
#IntimateTravel: This Couple Travelled According To The Moon Cycle
People
An Exclusive Interview With Celebrity Author Chitra Banerjee Divakaruni
People
Meet Indranil Roy: A Backpacker Who Covered The Entire Konkan Coast On...
People
Switzerland Tourism’s Ritu Sharma On How To Do An Impromptu Girls’ Trip
People
Air India Pilot Zoya Agarwal On Leading The World’s Longest Non-Stop Commercial...

There’s no better way for trekkers to slam-dunk