By Aindrila Mitra
Get the best news and reviews from Travel + Leisure India delivered straight to your inbox.
Share

Steered by millennial princesses Mrinalika and Akshita Bhanj Deo, The Belgadia Palace is a regal homestay that is putting Mayurbhanj in Odisha on the global map of responsible tourism. 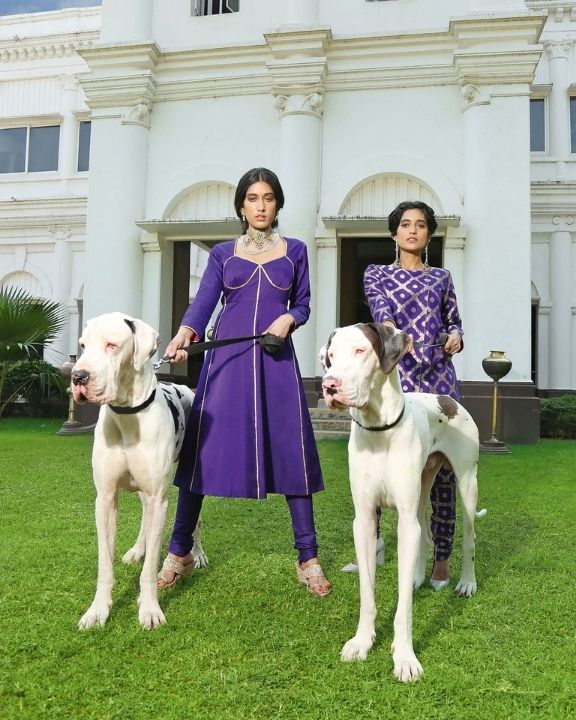 On a sunny winter morning in Kolkata, I set out to discover The Belgadia Palace, a 200-year-old marvel situated in the Mayurbhanj district of Odisha. It’s a smooth four-hour drive from the heart of the City of Joy to this stunning Victorian brick-build double-storey structure, which is home to the erstwhile royal family of Mayurbhanj. On this trip, I meet two young princesses—Mrinalika and Akshita Bhanj Deo—the second and third daughters, respectively, of the 47th ruler of the Bhanja dynasty, Maharaja Praveen Chandra Bhanj Deo, and Rashmi Rajya Laxmi Bhanj Deo, who hails from the royal family of Jaisalmer. As an editor of a travel title, I believe sometimes it’s the people—maybe a tad more than the place—who leave an indelible mark on your sojourn.

Clad in a yellow pullover, Mrinalika glows as she sits in the hathi barandah (the elephant porch) of her home, waiting to welcome us to what will become one of my most memorable luxury homestays with an Indian royal family. As she takes us on a quick tour of the palace, I travel back in time. The Belgadia Palace was founded in 1804, and the present interiors were designed under the tutelage of Bhanja dynasty’s most notable ruler, Maharaja Sri Ram Chandra Bhanj Deo, the famed ‘Philosopher King’ whose second wife, Maharani Sucharu Devi, was the daughter of Keshab Chandra Sen, the founder of the Brahmo Samaj Movement. Painted in shades of green, pink, and blue, the nine-room mansion is akin to a postcard from a bygone era. Every nook and cranny has a story—antique bookshelves, marbled floors, arched hallways, monogrammed railings, vinyl records, Persian carpets, and antique oil paintings take you on a trip down memory lane. As if reading my thoughts, Mrinalika smiles, “I consider The Belgadia Palace to be a living museum. Nothing has changed here for the past 200 years; every piece of furniture is restored.”

It was in 2015 that Mrinalika, then 24, decided to venture into her pilot project: opening the ancestral home—where the erstwhile maharaja and maharani continue to reside—to tourists, and thus putting Mayurbhanj on the global tourism map. In 2019, Akshita, two years younger, joined her sister when she returned to Mayurbhanj after living in New York, Mumbai, and Delhi. By then she was a self-proclaimed ‘history nerd’ and had a background in communication, having worked with former British parliamentarian David Miliband for the International Rescue Committee. “Brought up in Kolkata, I can tell you that the eastern region of India hasn’t exactly been the hotbed of tourism. There is little awareness about Mayurbhanj, which happens to be the first place where J N Tata invested in an iron ore and steel mine, thanks to the then king, Sri Ram Chandra Bhanj Deo,” Akshita informs me. While the restoration and conservation work of The Belgadia Palace started in 2015, it was not until September 2019 that the doors of the palace were opened to guests. I play the devil’s advocate. Palaces are, after all, Rajasthan’s forte. So, what makes The Belgadia Palace, situated in the relatively obscure town of Baripada, so special?

“When you come to our home, it’s not about pomp and splendour. We aren’t doing a pujo to show how it is; it’s a family setup, and as a guest, you become a part of our daily life,” says Akshita. “We may not have the Rolls Royces, but we tell you what happened with the Administration of the Lands Act, and the unfiltered stories add to your homestay experience. We break the illusion of a royal family. In terms of tourism, Belgadia offers a unique milieu. Even though we are Odiya, our grandmother is from the royal family of Nepal and our mother from Jaisalmer—so our cuisine is a mix of Nepali, Rajasthani, and Odiya.” It is an interesting twist to the royal experience.

The elder princess goes a step further to explain their sustainability initiatives, “We engage with the local community. The staff is local, as are the experiences. We work closely with local handicraft artists, and we have a community that’s growing while The Belgadia Palace grows.” The Mayurbhanj Foundation, started by their mother, helps local artisans with R&D, and part of the funds raised through the palace’s hospitality is directed towards the foundation. “Belgadia can’t stand alone. It needs community support,” adds Mrinalika. I witness this first-hand. Whether it’s the 2,000-year-old metal casting craft of dhokra or the self-help group who work with sabai grass (a plant that was imported by their ancestors from Madagascar and now generates income across three states), the palace makes local art and culture a part of your stay experience. But things are constantly evolving. Akshita sheds light on the current circumstances, “Pre-COVID, we would take our guests to the village of dhokra artists, but now an artisan comes here to showcase the works.” In August 2019, the sisters also hosted the Mayurbhanj Arts & Culture Festival that saw a footfall of 10,000. The palace was turned into an artist residency, and international artists all the way from New Zealand came to compare the Māori and Santhal cultures, culminating in an exhibition in Auckland.

On the dinner table, we continue the conversation over a local feast of muri (puffed rice) and mangsho (mutton gravy). I’m curious to learn what made these young women dive into a hospitality project that has immense potential but also gargantuan impediments. What made two millennials return to their homeland in a lesser-known town of India?

Mrinalika is straightforward. “I didn’t really see myself in India. I was in NYC and working for a family-run third-generation fashion and fragrance label that ran the fashion houses of Carolina Herrera and Nina Ricci. But then, my H1B visa didn’t work out. And it probably happened for a reason. In 2015, I returned to India, went to Bali for a month to get my yoga teaching certificate, and I realised that I am chasing a dream when my gold mine is Belgadia. My father was an MLA at the time, and I had campaigned with him. I was introduced to all the handicraft villages here and was blown away.” What was her biggest challenge? Mrinalika says that no one knew about Mayurbhanj four years ago. “Even though there’s so much history, heritage, and culture here, Mayurbhanj came up only when people spoke about mining. We want to highlight Mayurbhanj in terms of its glory—the culture, art, and architecture.”

In the municipality of Baripada alone, there are colonial buildings dating back 200 years, all built by the royal family. The palace organises visits to the Simlipal National Park and the Mayurbhanj Palace (which is now a government high school and college), heritage tours to Haripur, art tours to Khiching, tribal tours to learn vanishing art forms like chhau (a martial arts dance), and nature tours to Barehipani Waterfall, Sitakund, and Bhimkund. If you’re looking for a spiritual getaway, then Baripada is a revelation during the Ratha Yatra (held every June/July), which sees Puri swarmed by tourists. Called ‘Dwitiya Srikhetra’ (second Puri), Baripada hosts a Rath Yatra that allows only women to pull the chariot of Goddess Subhadra. “It is magical!” the princesses, who are also national-level equestrian sportspersons, tell me.

At Belgadia, you feel at home, whether you’re goofing around with Marcus and Sebastian—the two Great Danes of the household—or sipping a cuppa with the royal family. You might miss the grandeur of Rajasthan in this palace-turned-homestay, but the warmth, luxury, and personal touch are unparalleled. The family has donated most of its ancestral palaces—their Shillong Summer Palace houses the only IIM in the Northeast today, and the Rajabagh Palace in Kolkata is a government polytechnic institute. The Belgadia Palace is the last bastion of the dynasty. And this one, too, is dedicated to social causes—responsible travel and community building. For the young princesses, as Akshita puts it, “The story of Belgadia has become the story of how we find ourselves with our history of being Odiya.”

The Belgadia Palace is nearly 230 km from Kolkata and 260 km from Bhubaneswar by road. A drive through the eastern belt is picturesque and comfortable.

The property sits on 15 acres of greenery, including a mango orchard in the backyard. There are nine rooms, including junior suites. I checked into the ‘pink room’, or The Narayanhity Suite. The Belgadia Palace, Ward No. 2, Baripada town, Mayurbhanj, Odisha 757001

Related: Princess Diya Kumari Of The Jaipur Royal Family Talks About Her NGO For Women Of Rajasthan

This Couple Has Visited Every Country In The World On A Vegetarian Diet!

#IntimateTravel: This Couple Travelled According To The Moon Cycle

#Discovertheundiscovered Wedged between the Medit

And this is how it begins. Photo Courtesy: @immarc