From being a contestant on various reality shows, clinching the title of Miss India UK 2012, and even directing music videos, British star Deana Uppal often flits from one field to another. Her latest adventure, however, is that of documentary filmmaking—this time, revealing the story of ‘India’s Forgotten People.’ By Bayar Jain

Deana Uppal: India’s Forgotten People is an hour-long documentary that I directed, produced and hosted. The film is about Gadia Lohars, a nomadic tribe living in Rajasthan.

T+L India: Why did you decide to centre the documentary around the lives of Gadia Lohars? 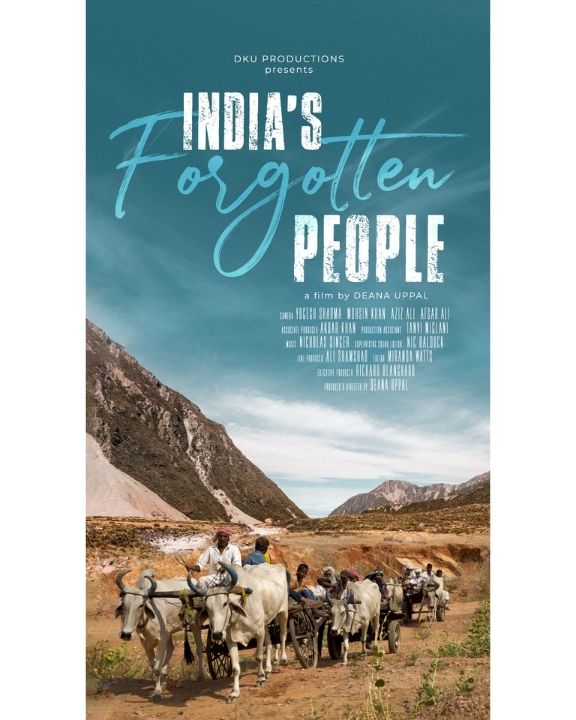 Deana Uppal: I became aware of this community when I was researching topics I could shoot. My friends living in Jaipur told me about this tribe that stays secluded from the rest of the society, and lives and travels on carts. This nomadic way of living tempted me to discover more about the community.

Gadia Lohars are blacksmiths who make iron utensils to sell. Centuries ago, they used to be the royal weapon makers for Maharana Pratap. They’ve upheld this tradition for centuries. They continue to live on carts and travel to different locations around Rajasthan, but receive no support from the government; in fact, they don’t even have any identification documents! They have an incredible history but have now become a forgotten community.

T+L India: What challenges did you face during the shoot? 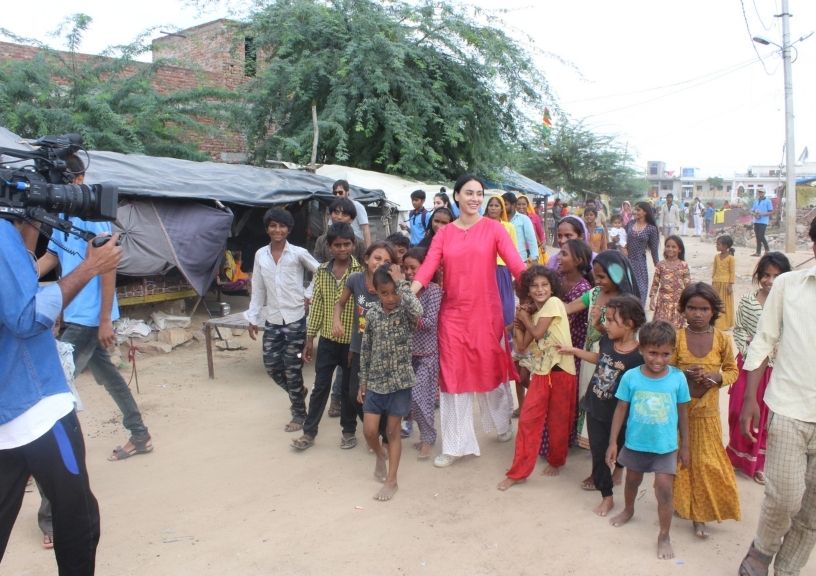 As a first-time filmmaker, it was a huge risk for me to make this film. I’ve mostly been in front of the camera or only directed music videos in the past. Although I’ve always been a keen viewer of documentaries and have studied documentary filmmaking in London two years ago, it was only after completing the course that I took a big leap to make my own documentary film.

I went out with a small crew of five people. We shot the film in different locations like Ajmer, Jaipur, Jaisalmer, Jodhpur, and Chomu. We spent a lot of time with the Gadia Lohars’ families so they would feel comfortable. It was a difficult task as usually, they don’t interact with anyone outside of their community. Before filming, people in Jaipur warned me to keep my distance from them [Gadia Lohars] as they have a reputation of being extremely dangerous. However, I discovered that they’re very calm, friendly, and welcoming people in general!

Every day was a learning experience as I would discover new facts about them; seeing how they live was a real eye-opener! Although this community is one of the poorest in India, they seemed to be happy and content.

T+L India: Tell us about the process of shooting the film. 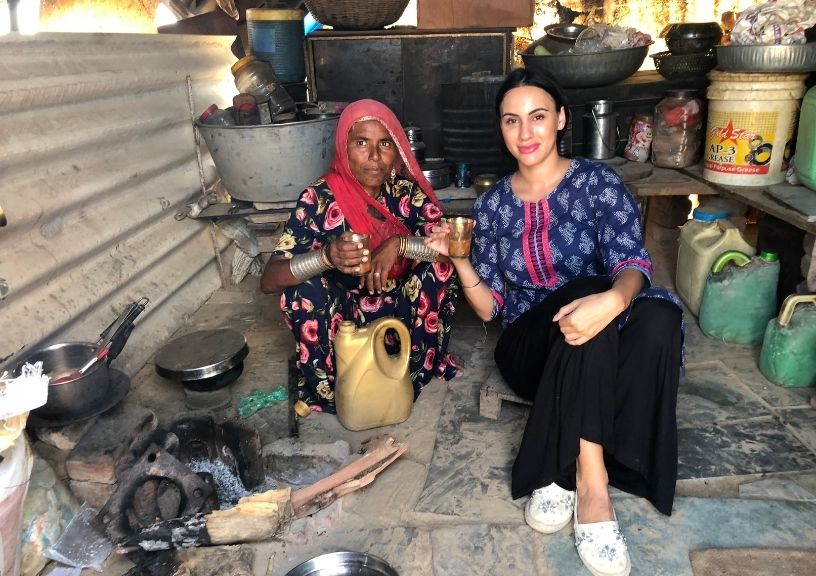 Deana Uppal: Honestly, shooting this film was one of the hardest things I have done in my life but also one of the most rewarding things. I decided to produce the film myself as I wanted full control. I have worked on films as an actress where the producer didn’t put in enough effort to release the film and a good project would then get shelved. So, I knew I had to take responsibility for my first project.

I self-funded the film and kept costs low by shooting with a small team. I chose to direct it myself as I had a vision of how I wanted the film to be. Although I chose to host the film too, in retrospect, I think in my next film I will only direct so I can focus and channelise my efforts in one direction.

The community has their own dialect, so I took a translator with me, too. When we would start shooting, the team and I would get surrounded by the community as we were the first outsiders to get so close to them—that too with a camera!

T+L India: Describe the community in a sentence. 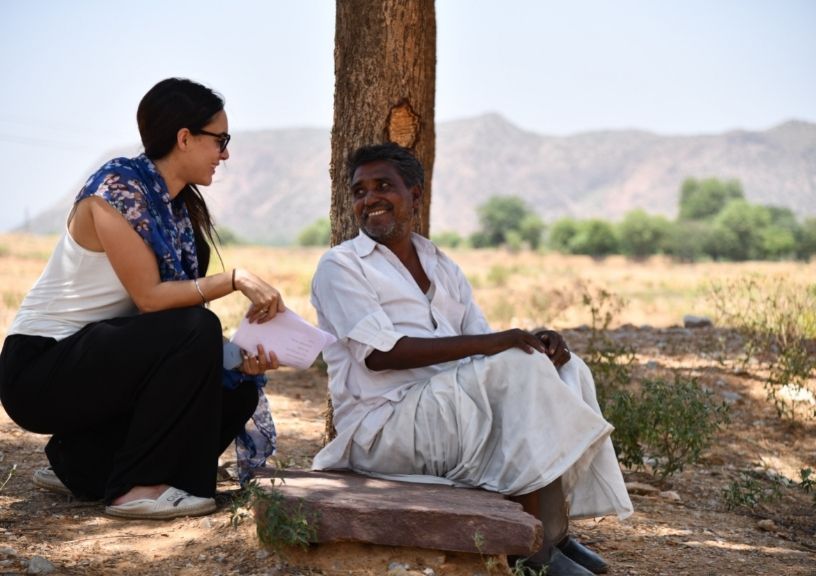 Deana Uppal: A unique, mysterious community with big hearts and smiles, even though living in terrible conditions.

T+L India: You spent a large part of your time in the rural areas of Rajasthan. What are some lessons you took back with you? 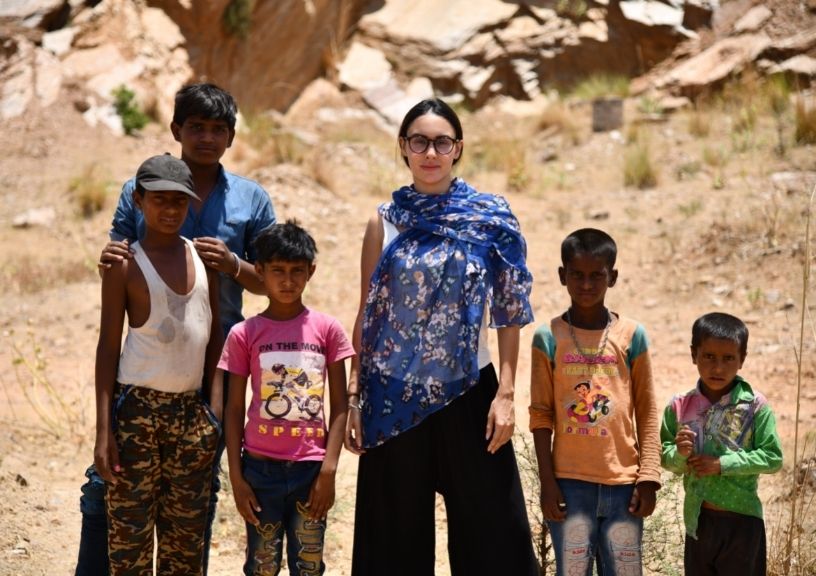 Deana Uppal: Seeing how simply people live and still manage to be happy was most touching. Some people I met were struggling to even eat food, daily. They didn’t have education or even clean water. Yet they still managed to smile and make the most of what they had. They were welcoming and friendly. It made me realise how we don’t need materialistic things to be happy. Happiness comes from family, friends and within.

I was also impressed with how resourceful the community is. They would find unique ways to get things done without electricity and gas.

T+L India: How can one help support the Gadia Lohars? 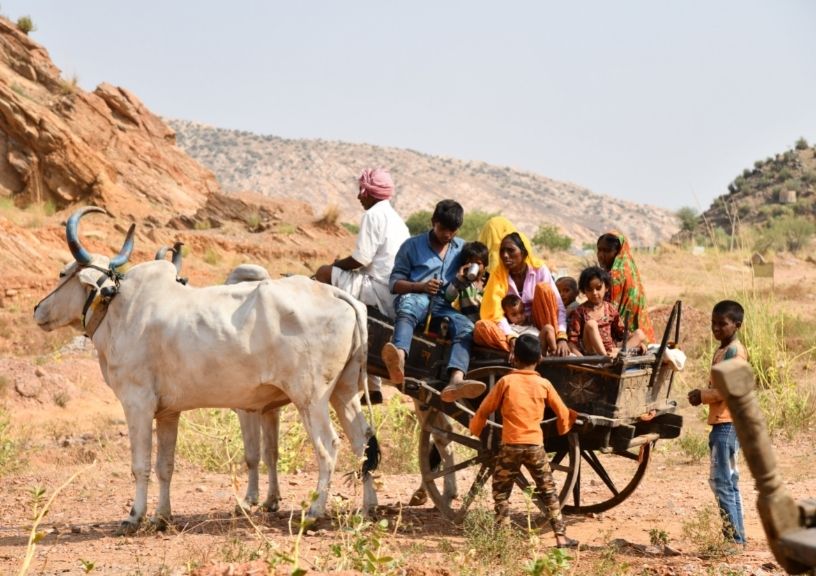 Deana Uppal: After finishing the film, I set up a charity named the Kindness Diaries Trust. The NGO provides daily food distributions, tutors for children, and distributes medical supplies. If anyone would like to donate or join the Kindness Diaries’ team, you can contact us on Instagram. 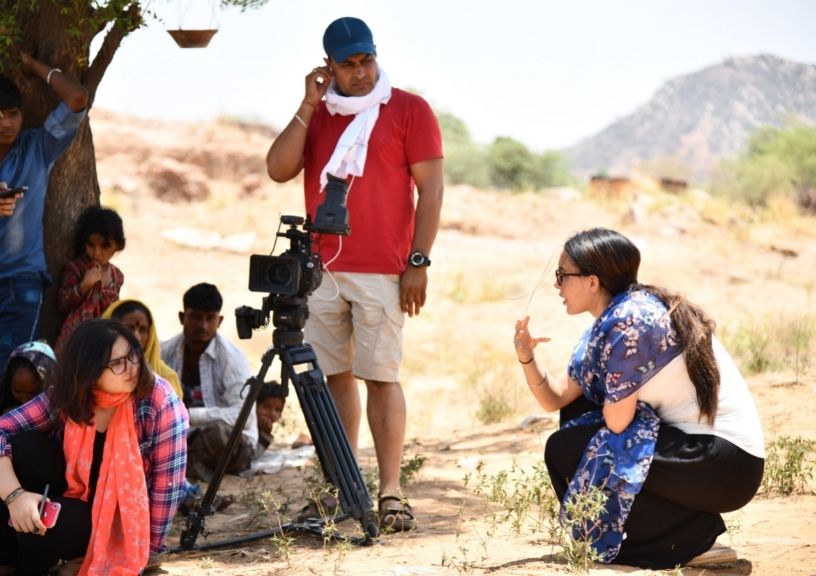 Deana Uppal: I think it’s a positive thing as it provides locals of the region with employment opportunities and a new means of earning. It also enables travellers to discover new parts of the world that would otherwise not be accessible. Travellers should enquire about the community’s customs and traditions, and respect them whilst there.

T+L India: If you could create another documentary on India, what aspect or destination of the country would you like to focus on? 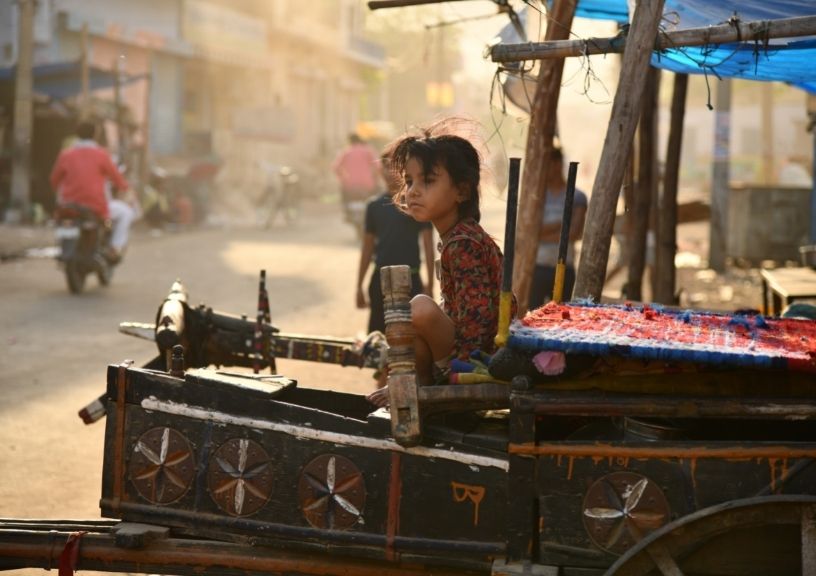 Deana Uppal: I am very interested in tribal communities. So if I was to make another, I think I would try to discover a tribe called the Birhor tribe. They are nomadic and live in the forests of Bihar, Jharkhand, and Odisha. The population is only 11,780. They say they are descendants of the Sun.

I would love to explore places like Nepal, Rishikesh, Ladakh, and Sikkim. During my 10 years of living in India, I travelled around a lot. India has so much natural beauty and charm. If I can make a documentary to show this to the world, I would be proud, too. 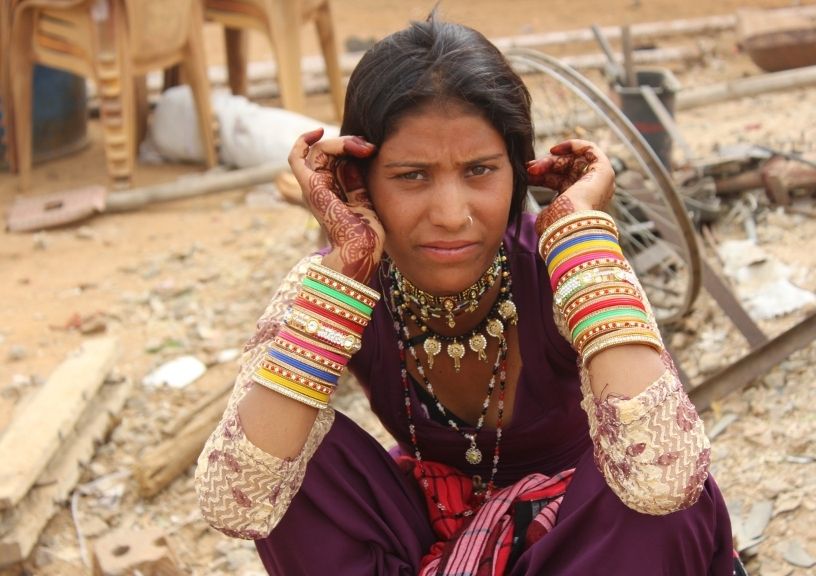 Deana Uppal: I would advise anyone travelling to India for the first time to take a tour around Rajasthan. Personally, I want to discover Kashmir, Kerala and Sikkim.