As the end of his mandate nears, Luxembourg’s Ambassador in India, H.E. Mr. Jean Claude Kugener, reflects on his term and lists the attractions of his country that Indians tend to enjoy the most.

What are the unique destinations in Luxembourg City you would recommend to Indian tourists? 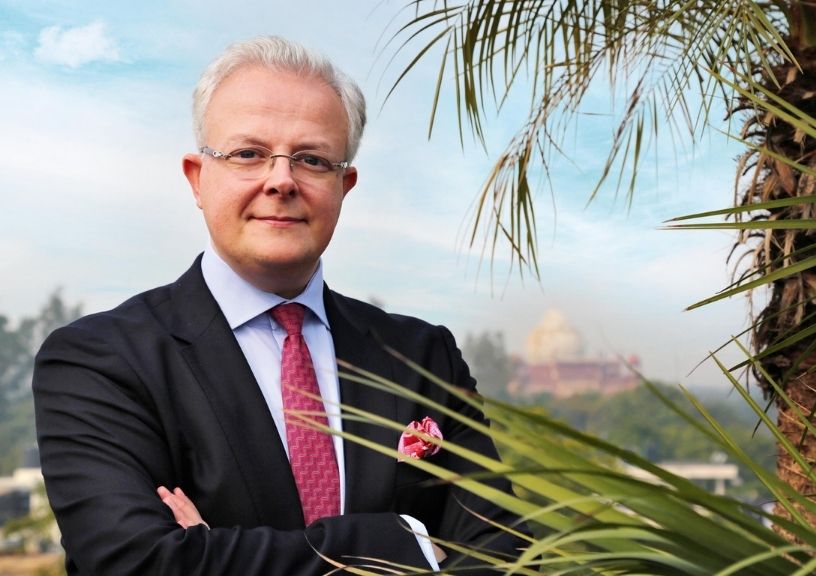 Luxembourg, a constitutional monarchy located in the heart of Europe, has a millenary history and is known for its cultural diversity and multilingualism. The old city and its fortress around the Grand Ducal Palace have been on the UNESCO World Heritage list since 1994. The remains of the centuries-old fortifications are among the many tourist attractions in Europe, and the Corniche, sometimes called “the most beautiful balcony in Europe”, offers panoramic views of the historic sites and surrounding valleys. Many visitors particularly like the mix of tradition and modernity in the capital, enjoying their lunch in one of the many Indian restaurants, some of which were established decades ago, or in a gourmet restaurant as Luxembourg has the highest density of Michelin stars in the world.

Luxembourg, among the six founding members of the European Union, is one of three European cities hosting various European institutions: from the European Investment Bank and the European Court of Justice to the latest, the European Public Prosecutor’s Office, which started operations on 1 June 2021. Most of the European and financial institutions are situated in the Kirchberg district, where politics, economics, and finance meet culture, from the MUDAM to the Philharmonic Hall in a setting of contemporary architecture and modern sculptures in public space. In the Municipal Park, every Indian visitor will enjoy the bronze bust of Mahatma Gandhi made by the famous modernist artist Amar Nath Sehgal (1922-2007). It was inaugurated on 2 October 1982, on the 113th birth anniversary of Mahatma Gandhi. The renowned artist, who spent more than two decades between Luxembourg and India, left a remarkable heritage, and I am particularly happy that the National Gallery of Modern Art in New Delhi will host a centennial exhibition including his “Luxembourg period” in February 2022. This retrospective coincides with the 20th anniversary of the opening of the resident Luxembourg Embassy in New Delhi, in the 73rd year since the establishment of our diplomatic relations.

What do Indian travellers enjoy the most?

Indian travellers are particularly impressed by the diversity of Luxembourg. Due to its geological location, the Grand Duchy is home to an array of different landscapes: from the fascinating rock constellations in the Mullerthal region to the vineyards of the Moselle. The hilly vineyards within this wine-producing region date back to Roman times and were the setting for the signing ceremony of the Schengen Agreement, creating a Europe without borders.

Luxembourg also offers one of the densest certified hiking networks in Europe. The Mullerthal Trail and the Escapardenne Eisleck Trail are acknowledged among the “Leading Quality Trails – Best of Europe,” which offer breath-taking views of panoramic landscapes. Currently, there are more than 600 kilometres of cycle paths and 700 kilometres of mountain bike tracks to enjoy. I can only recommend to any interested reader to have a look at the newest magazine Luci (luci.travel), published by Luxembourg for Tourism, which offers inspiring travel stories.

As the Ambassador in India, what have been your highlights since September 2018?

As my mandate is coming to an end this summer, I tend to reflect these days on the same and realise with pride how active our Embassy and Honorary Consuls have been over the last years, a period that has been marked by a devastating pandemic. After my arrival, we celebrated the 70th anniversary of the establishment of diplomatic relations and were honoured to welcome our Minister of Foreign and European Affairs, the Dean of European Foreign Ministers, H.E. Mr. Jean Asselborn, for his fourth visit to India in January 2020. Our bilateral virtual summit between our Prime Ministers in November 2020 was another special moment, which offered the occasion to discuss our strong relations—Luxembourg being the 16th Foreign Direct Investor in India—and sign a few important MoUs. The visits of the CEO and Deputy CEO of our Stock Exchange attending the Raisina Dialogue and of the Deputy CEO of Luxembourg for Finance attending the Tech Summit Bengaluru or the 16th Joint Economic Commission with India have been other key moments in our activities.

Our bilateral relations have been further strengthened with the takeover of Essar Steel by the Luxembourg-headquartered ArcelorMittal, as steel has always been one of the cornerstones of our cooperation and one of the reasons to establish a first vice-consulate in Mumbai (then Bombay) in 1929. Allow me to highlight another Luxembourg company, B Medical Systems, a global leader in the vaccine cold chain industry, which is currently creating a manufacturing facility in Gujarat. We very well notice these increasing business relations as well in our consulate that became the first Luxembourg Consulate in the delivery of Schengen visas in our network. Last year, the Indian community increased by 20.5% compared to 2019, and today, it ranks 14th among the foreign nationals and third (after UK and China) among the non-EU nationals living in Luxembourg. Relying on an excellent network of Honorary Consuls in Mumbai, Kolkata, and Chennai, we have also been able to create a new Luxembourg Consulate in Bengaluru.

Related: Here’s Why You Must Visit Luxembourg On Your Next European Holiday

luxembourg Luxembourg City Interview with The Ambassador of Luxembourg to India

8 Female Entrepreneurs Who Are Changing The Travel Space

These Travelling Couples From India Are Giving Us Major #IntimateTravel Goals

In Conversation With Rahul Mishra, The Craftsman Of Couture Bridalwear