Stirred by the words of Jack Kerouac and Hermann Hesse, Italian-born Ileana Citaristi came to India in 1974 to ‘discover herself’. In a twist of fate, she chanced upon the dance form of Odissi, which kept pulling her back to the country. After four decades and a Padma Shri (the fourth-highest civilian award in the country), the artiste takes a trip down memory lane. By Adila Matra

1. Tell us about your first visit to India and why you made it your home. 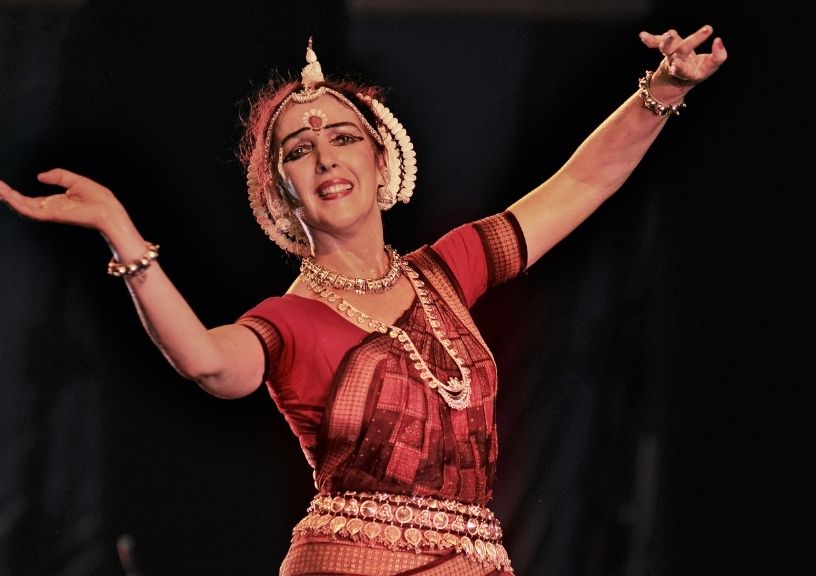 I came to India for the first time in 1974. I travelled on the Orient Express from Italy to Istanbul, from where I got a lift until Kabul. After that, I took a bus to Peshawar and then a train to Amritsar. Those were the times when a trip to India was a way of discovering yourself, and many were doing it. But that was not the time I decided to stay back. I was doing physical theatre in Italy at the time. Four years after my first trip, I happened upon a Kathakali (classical Indian dance) performance in Italy. I wanted to learn more about it. So, I flew down to India again—Kerala this time—and trained under a guru for three months. He told me about Odissi, and that took me to Odisha. I fell in love with the classical dance form and its spiritual content and planned to stay for a year and divide my time between Odisha and Kerala. One year turned to six, and by that time, I had fallen in love with the country. I founded my own Odissi institute in 1996, bought land on the bank of Bindusagar Lake in Bhubaneswar, and built a house where I now live.

2. What were your first impressions of the country?

I have a few first impressions. On my first trip, I went to Mcleodganj. I was a student of Eastern Philosophy in Venice and thought Mcleodganj would be apt [as it is the centre of Buddhism]. There, I learned that the word bakshish (charity offering) meant different things in India than it did in, say, Afghanistan. Here, it is something that one asks for, rather than something that is offered [laughs]. I also remember watching my first aarti in [one of the temples in] Khajuraho—it was a magical experience!

3. Tell us about your adventures in India, especially when you were new to the country.

I lived as a paying guest in Cuttack during the first 11 years. It is a peculiar place, with a close-knit society and narrow bylanes. I was probably the only foreigner there at that time, so the locals spoiled me [with their hospitality]. I had one room in a Bengali household, and the family was so kind to me. I had a Luna moped and even now, when I go back, everyone remembers me because of it.

4. How did you feel when you received the Padma Shri?

I received the Padma Shri in 2006. It was incredible. Suddenly, I found myself in the Parliament House, amid ministers and dignitaries. I remember thinking about how I was an unknown face in the crowd just days ago. It made me emotional and happy.

5. Which is your favourite city in India and why?

Mumbai, in spite of the crowd and traffic jams. I love the sea and the people.

I don’t like oily food; I prefer steamed dishes with less spice. Ragi porridge and idli are my favourites. I also love pitha (palm-sized fritters native to the eastern regions of India). I first tasted dalia (a cereal dish made from cracked wheat) in Dehradun years ago, and it has been a breakfast staple since then.

7. What is your advice to foreign travellers visiting India for the first time?

Don’t go to the most celebrated and advertised places. Concentrate on one or two destinations, ideally in one geographic zone. Go to the outskirts and villages to get a peek into traditional Indian life.

People
This YouTuber Went On An 8,000 Km Caravan Trip With His Pug!
People
Meet Cyclist Ankit Arora, Who Has Redefined The Meaning Of Slow Travel
People
This Indian Mama Has Been Backpacking Across The World With Her Daughter—All...
People
Beauty Blogger Malvika Sitlani Chats About Her Travel Essentials & More
Trending
Meet Polar Preet, The British-Indian Woman Who’s Made History With Her Solo...
People
Follow The Love With Murad And Nataly Osmann From The Iconic #Followmeto...