In Conversation With Vidhi Bubna, The Woman Behind India’s First-Ever Diving Grant

People
In Conversation With Vidhi Bubna, The Woman Behind India’s First-Ever Diving Grant
Share
Next article

In a conversation with Vidhi Bubna, a certified coral conservationist and rescue diver, we find out all about coral bleaching and what we can do to save their doom. By Nolan Lewis

Climate change is real! Each one of us is a bystander to the environmental catastrophe and depending on where in the world we live, are able to fathom marked unpleasant changes in the weather around us. Rescue diver and certified coral conservationist Vidhi Bubna adds to the narrative by documenting a phenomenon called coral bleaching. She remembers gliding above healthy, rainbow-tinted reefs the first time she dabbled in sport a few years ago but recently reported a stark contrast: “It is all dead! It is a graveyard! Most of the corals are bleached, dead and white,” she says. Environmentalists attribute the phenomena to climate change, marine toxicity and over-acidification of the oceans.

Bubna’s experiences led her to start up Coral Warriors earlier this year, India’s first ever diving grant which offers INR 70,000 each to selected candidates to go diving anywhere in the world and complete the first level of diving certification: Open Water Dive. The remuneration will ideally cover course cost, stay, F&B and travel for most locations around India and the cost would be higher abroad. 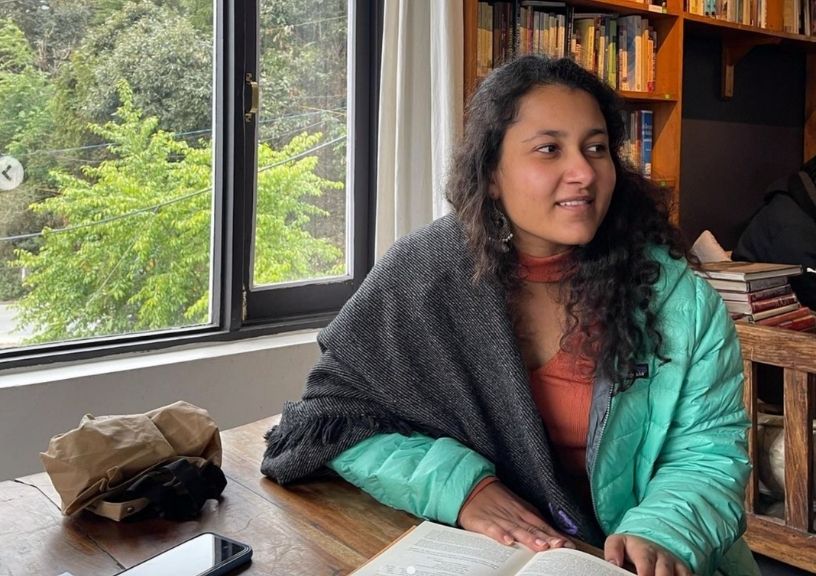 Deep sea diving is an aspirational adventure sport, and the NGO wants to ensure that the lack of finances does not stop the right candidate from choosing the program. Selected Coral Warriors would spend early mornings learning the basics of scuba diving, with the rest of the day divided in between lectures on marine conservation.

“There are many similar grants in Australia, USA, UK and Canada, but none at all in Asia until now, ” Bubna reveals.

Excerpts from an interview about the project:

Nolan Lewis: How did you get passionate about this cause?

Vidhi Bubna: As a deep sea diver, I love to explore life underwater and observe different marine species. As I frequented the same dive sites for around 15 days, I noticed that the same colourful corals I saw in the beginning had died after just a few days. I had not anticipated that climate change was impacting corals at such a fast rate. This affected me emotionally and I wanted to do something for marine life and corals. The idea to create Coral Warriors, an NGO to protect coral life was born after that experience.

Nolan Lewis: Why does your cause focus on corals? 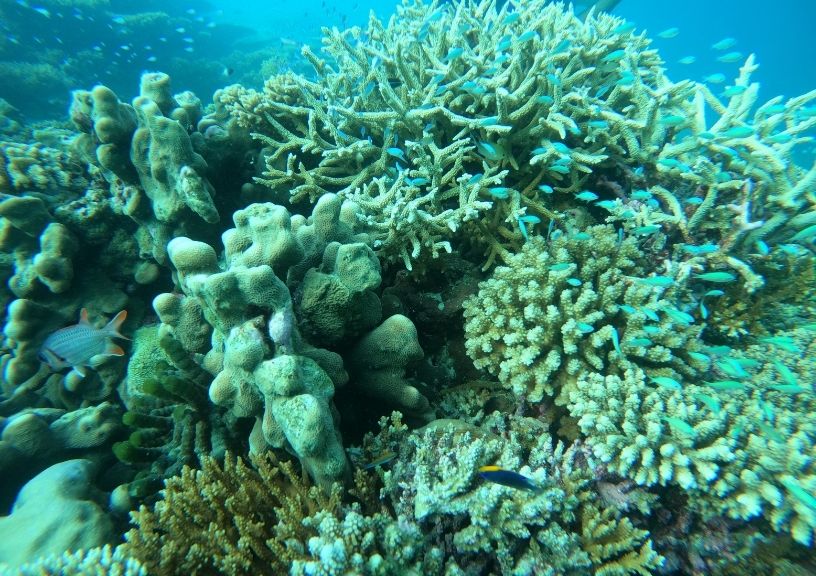 Vidhi Bubna: Coral Warriors has placed its focus on corals because the awareness about corals as an underwater ecosystem is nascent in India. While most people know what corals are, they don’t understand what role they play in the ecosystem. Corals first appeared on the planet over 485 million years ago, they are now slowly dying. We want to save marine life and also create long term projects that protect life underwater.

Nolan Lewis: What impact does climate change have on coral life?

Vidhi Bubna: Climate change is causing oceanic temperatures to rise and corals are dying as a result of that. Many documentaries like Chasing Coral and Seaspiracy have documented this impact using impactful mediums like high-definition videos. Other major contributors to coral damage have been overfishing: the fishing industry has caused many reef fish to die, this has increased the threat to coral life and to the entire marine ecosystem. Some scientists say that the oceans will be largely empty by 2048 if current fishing trends continue.

Nolan Lewis: Like other animals, do corals have types of species? Are they all endangered?

Vidhi Bubna: Yes, corals have many species, just like animals. Coral identification is common among divers and marine biologists. Under the Endangered Species Act, 22 corals are listed as threatened and three are listed as endangered. The main issue corals are facing right now is coral bleaching, where around 9 per cent of corals are declining per year. Moreover, the rate at which new corals are growing has slowed down.

Nolan Lewis: What is the criteria for you to select candidates that you offer this scholarship to? 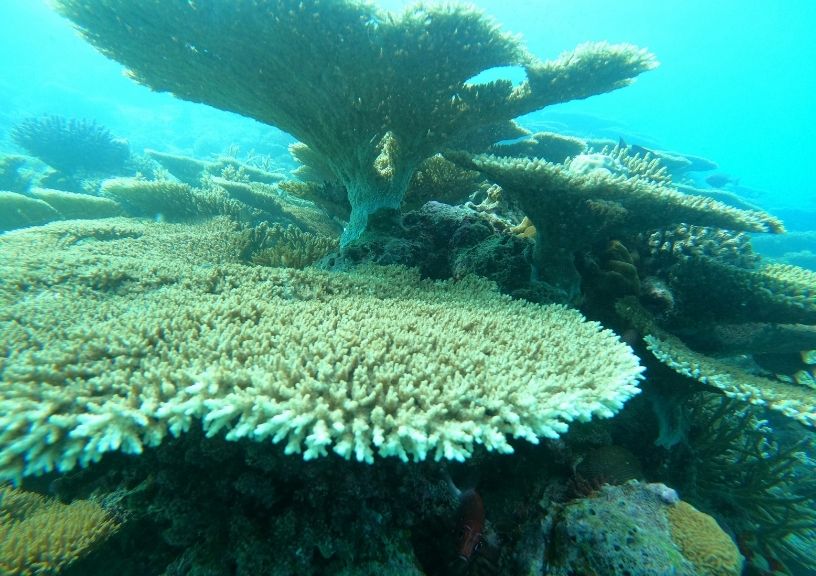 Vidhi Bubna: There is a good screening process to select candidates who are passionate about climate change, corals and marine life. There are several essays that one has to write in order to apply for the grant. We want to offer the grant to candidates who are willing to create projects and bring about change for life underwater. Since there are other similar grants internationally, reserved for international students, we currently limit that the diving grant will only be given out to citizens of India.

Nolan Lewis: How many candidates can you offer this opportunity to on an annual basis?

Vidhi Bubna: We aim to offer this scholarship to a minimum of one deserving candidate per year. However, there is no cap on the number of scholarships we can give out annually. As long as the project and candidate is deserving, we will fund them. We have several donors who are passionate about both underwater scuba education and climate change and would love to share their privilege with people who want greater opportunities in this space.

I’d recommend anyone who thinks is suitable for the diving grant to apply. We want to help out deserving candidates to fund their diving education and to access marine life. Since diving is an expensive activity, not many people across the world can try it out. Since our NGO, Coral Warriors wants to make diving more accessible, if you think you are the right fit, please apply.

Nolan Lewis: Is there anything a reader can do, make a change in their lifestyle, to be more coral friendly at a grassroot level? 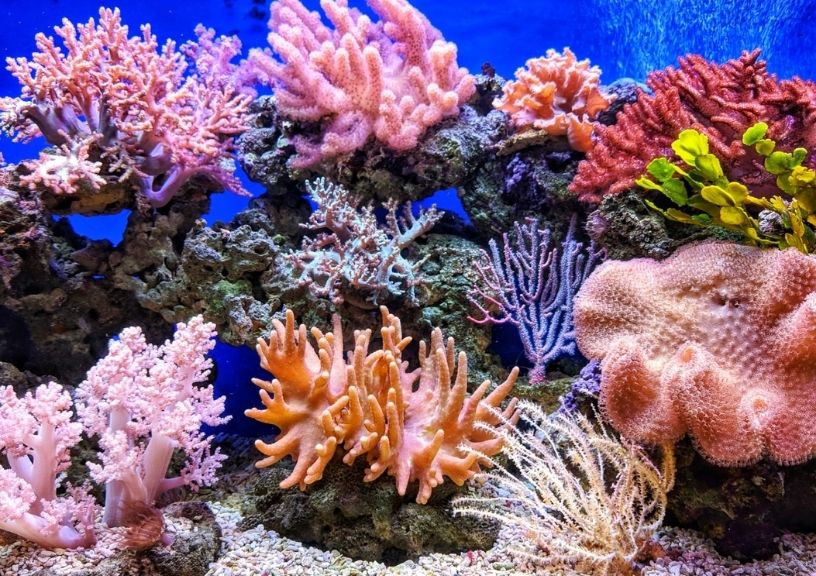 Vidhi Bubna: To be more coral friendly, readers can limit their carbon footprint during their daily decision making. Anything that raises temperatures in the environment is also bad for corals. Specifically, readers can limit their consumption of fish and ensure that they are not feeding overfishing practices globally. More than anything, try to eat sustainable food that is organic.

Nolan Lewis: What are the coral hotspots across the globe?

Vidhi Bubna: Some great coral hotspots across the world are in the Maldives, areas around Maafushi and Fuvamulah; Andaman Islands; Lakshadweep; Hurghada and Sharm-El-Sheikh in Egypt and Indonesia. Diving cannot be accessed in all locations because it needs water with good visibility and a pre-set up diving center. One of my personal favourite diving experiences has been in Maafushi.

Related: A Marine Biologist And Professional Scuba Diver Tells Us Why She Chose Diving, The Ultimate Form Of Isolation