Home > People > An Ode To Places: Siddharth Dasgupta’s Poetry Collection ‘A Moveable East’ Is A Masterclass In Nostalgia
People

An Ode To Places: Siddharth Dasgupta’s Poetry Collection ‘A Moveable East’ Is A Masterclass In Nostalgia

People
An Ode To Places: Siddharth Dasgupta’s Poetry Collection ‘A Moveable East’ Is A Masterclass In Nostalgia
Share
Next article

The discipline of reportage and the cadence of poetry come together to lend Siddharth Dasgupta’s writing a unique flavour. His latest 55-poem collection, A Moveable East, is a visceral homage to places that the novelist and poet seeks to preserve and revisit—even if only in memory. By Sumeet Keswani

T+L India: How would you describe your poetry to an uninitiated reader?

Siddharth Dasgupta: I just describe it as human poetry. The places we’ve been to, the cities we’ve known and loved, the people we’ve known and loved—all of this informs who we are, and all of this informs my poetry, especially in this collection. I allude to it in the prelude: Home isn’t just a physical address; it can be many things—people, a certain feeling, a song, a book, a poem… This collection has poetry of places, of nostalgia, of resonance and redemption and resurgence—all of which are human characteristics.

T+L India: In a blurb, critic and author Arundhathi Subramaniam says that your work is haunted by a longing for places. Are you trying to preserve something transitory with these poems: the soul of a changing place, or your memory of it? 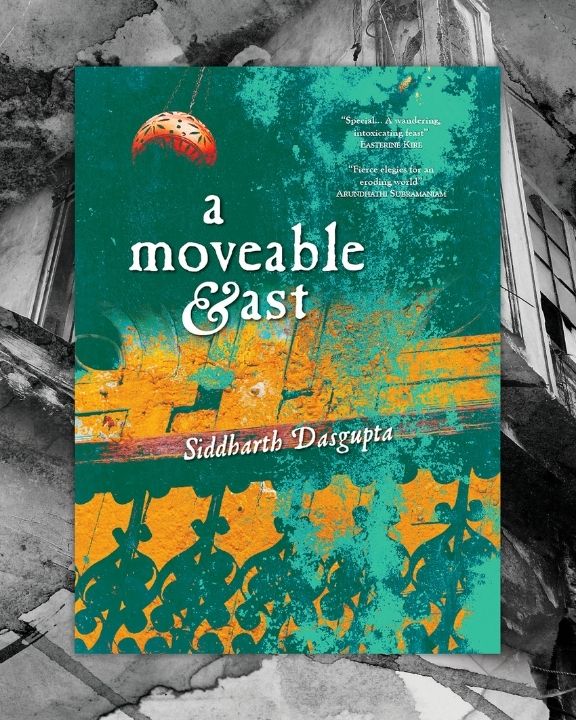 Siddharth Dasgupta: That’s a terrific way to put it. It’s perhaps a reaffirmation of things I’ve known, but also a promise to myself to remember, and if possible return to, a place. Yes, it’s preservation.

T+L India: When you’re writing a verse, is the driving force usually a memory or your imagination? Or do you write in the present while having an experience?

Siddharth Dasgupta: I think it’s a mix. When I’m in a place, experiencing it, a line or two might spring up—and I’ll be compelled to jot it down and explore it. Cafes are usually wonderful places to do this. Memory, too, is an insistent pull. It could be a memory of something that happened last week, but it could also be one that was stored away in an almirah and then took its time, maybe even years, to resurface. And then you’re consumed by that place all over again. I don’t think I’m weaving too many of these pieces out of imagination. I guess imagination comes into the furnishing and fleshing-out of things. Usually it’s remembrance and being back in that place, in my heart.

T+L India: You’re a travel writer, but also a poet who writes verse predominantly about places. How do these disciplines interplay? Do they complement each other or get in the way of each other? 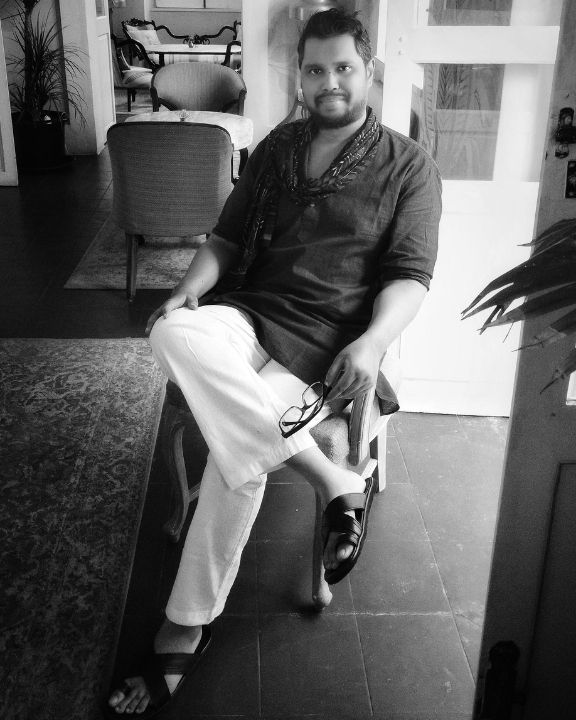 Siddharth Dasgupta: They do complement each other in a strange, unexpected way. I’ve found that the urge to remember things and my attention to detail are traits of journalism. Also, writing down a story faithfully is something I’ve brought to my poetry. Conversely, the Sufi abandon of poetry has somehow crept into my travel writing. Much of my travel writing has a cadence and rhythm to it, which is borrowed from poetry. They complement each other and also steal from one another.

T+L India: You’re a connoisseur of places. What about Pune makes you want to call it home?

Siddharth Dasgupta: To me, the city has always been ‘Poona’. Perhaps that’s wedded to my childhood, or perhaps to my faithfulness [to the name]. It sounds better on the tongue. Poona is my hometown—I was born and raised here. (I lived abroad for around 12 years but returned in 2011.) I carry so many memories of it—of friendships, relationships, farewells, and most poignantly, a sense of family. The flavour of its cafes, its seasons, and the little addresses that have been part of my life—all of these things are Poona to me. It’s also a continuously evolving story, since new chapters are always being written. People tend to say things like “I’ve done this city in 10 days.” But I don’t think I’ve ‘done’ even my hometown yet. Cities are such huge, sprawling entities that it’s impossible to have explored every nook and cranny. All you can hope for is to get close to the essence of the place.

T+L India: If you were given a free hand by fate to choose any city in the world, apart from Poona, as your home, what would you choose?

Siddharth Dasgupta: Istanbul (Turkey) or Isfahan (Iran). That’s where I feel most at home. In Istanbul the heart leaps at every moment — there’s love around every corner; a sense of grace, passion, and age. It’s a distractingly gorgeous city. Isfahan speaks to the poet in me. There’s so much history; so much of diving into the past while also accommodating it into the present.

T+L India: Apart from Isfahan, are there any places that have inspired you as a poet?

Siddharth Dasgupta: Paris, its bookshops and cafes. Paris instigates the small delicious love affairs—whether it’s with books or another human being. Those tend to stay with you.

T+L India: What about literary inspirations? Apart from Hemingway, whose influence is evident in the title of your book, who has inspired you as a poet and as a travel writer?

Siddharth Dasgupta: It’s very fashionable to say the best things happened in the past but there’s great poetry that emerges every year. Look at the likes of Tishani Doshi, Jeet Thayil, Ranjit Hoskote—they always have something vital and vivid to offer. If I was to go around the world, poets like Zeina Hashem Beck, Leïla Slimani, and even our large diaspora, from Rushdie and Vikram Seth to Kazim Ali. As a travel writer, Antoine de Saint-Exupéry has been a favourite since my childhood—not only his novels but also his essays from the time he was a war pilot. The likes of Pico Iyer and Thoreau offer beautiful stuff that I can delve into.

T+L India: How has the pandemic affected your writing?

Siddharth Dasgupta: Being in a confined space allows you to get even more intimate with your own writing—and the act of writing. I’ve struggled a bit with fiction because it requires too much of my mind and I’ve often had to set it aside. But there’s been a deluge of poetry in the last year and a half. In fact, I now have enough poetry for two new collections, which I’m just finessing as we speak. There’s always something your heart wants to reveal, and then poetry comes to the fore.

T+L India: Are there any destinations you’d love to explore in the coming year?

Siddharth Dasgupta: I’d love to visit Prague, but only after all the British holidaymakers have left. An urge to return to Namibia has been puling at me. I lived there for nearly 10 months, but it was ages ago. I was too young and moody then to appreciate it. And perhaps a bit of undiscovered Europe, especially small villages in Italy or France: ones that have tiny bistros, family-run B&Bs, etc.

T+L India: It’s rare to see a poet designing his own book and illustrating for it as well. What was the thought process behind the artwork and why did you choose to do it yourself?

Siddharth Dasgupta: I come from a background of branding, design, and communication. It’s an art that I’m well-versed with. With this book, it was vital to have a photographic/art foreplay with each section. I wanted to give a sense of what each section may hold, by way of texture and visual interplay. The illustrations became a sense of whimsy within the poetry. It all came about quite organically. The cover comes from the old cantonment quarter of Poona—it’s an interplay of two-three photographs, but the main one is of a balcony of an old home photographed from the street.

Which place comes to mind when you think of the following?

Related: “And The People Stayed Home”: Decoding The Viral Poem By Kitty O’Meara