Magician Drummond Money-Coutts (DMC) On His Favourite Places And Tricks

Drummond Money-Coutts (DMC) is a magic man. He learnt his first magic trick at the age of nine, and there’s been no stopping since. He’s performed live in 49 countries—and counting. The Death by Magic star talks to us about his favourite places and magic tricks. By Rashima Nagpal

T+L India: How do you define magic?

DMC: I’ve always seen magic as something that can mean anything to anybody. It’s much like love in that sense, it challenges each of us to find our own unique interpretation, and then decide whether it exists or not within that framework. Magic for me is that beautiful moment of suspension that occurs when you’re lifted out of yourself for a moment, and whilst it’s very possible to achieve it with a piece of magic, it’s equally something that we can draw from music, food, nature – just about anything in the world around us. 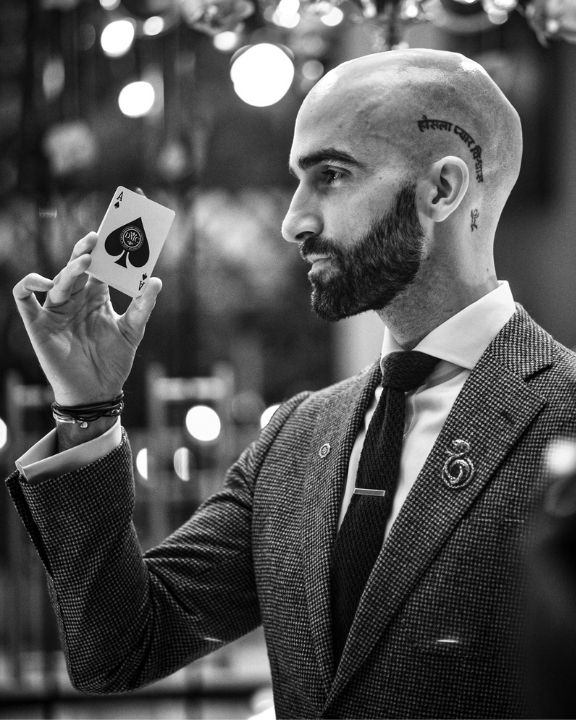 T+L India: What was the first magic trick you ever performed? Who/where did you learn it from?

DMC: The very first trick I learned at the age of nine was a sensational card trick called ‘Out of this World’, invented by an American magician called Paul Curry in 1942. Whilst there are many different variations of the trick today, the core idea is that you hand someone a shuffled deck and ask them to deal two face-down piles of cards. The two piles should be approximately the same size, and the spectator is not allowed to look at the cards as they deal them to the table. Impossibly, when the piles are turned over at the very end of the trick, one pile is made up of all of the red cards, and the other is made up of all of the black cards! It was a very good school friend who first taught me the trick, and it remained a favourite routine for many years. It was only last year in lockdown in fact that I worked through a new method for the trick, and the new version has proven itself even more popular!

T+L India: Could you tell us about one of the most dangerous tricks you’ve performed?

DMC: Yes, the most dangerous stunt I’ve ever performed was in the ‘Burned Alive’ episode of Death by Magic (on Netflix). It was a stunt I’d always dreamed of performing—having my whole body set on fire and then vanishing right in front of a live audience. We went to hell and back to make the stunt happen, and had some terrible accidents in rehearsals, but the final performance is one of the greatest sequences I’ve ever had captured on camera.

T+L India: Would you call yourself clairvoyant?

DMC: You know, clairvoyance has always been a very murky subject within magic. As magicians, we’ve studied all the many facets and dark corners of the human mind, and know most of these people to be either very deluded or very deliberately deceitful. Whilst I’ve certainly looked very hard over the years, in all my travels I’ve never once witnessed anything that I could define as truly clairvoyant or supernatural.

T+L India: How do you preserve your magical powers?

DMC: I’m a sleep monster! Sleep has always been incredibly important to me, although in hotel quarantine in India earlier this year, I took up skipping, and that’s now a very sacred daily ritual for me. Twenty minutes of jumping rope each morning has proven itself life-changing in many ways—it’s strongly recommended! 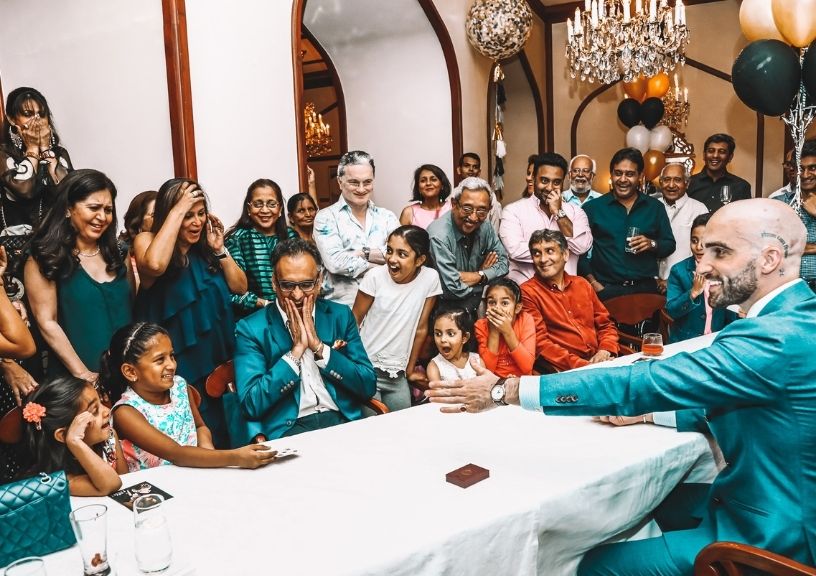 T+L India: You’ve travelled all over the world. What are some of the most ‘magical’ places you’ve come across?

DMC: India has always remained a profoundly magical place to me, with such a tangible sense of history, mystery, and culture to it. There’s virtually nothing that I do not adore about the country; from the people to the food, the music to the movies—I’ve always somehow felt my soul belongs there. Whilst there’s still so much of the country left to explore, Kannauj is definitely high up on the list. I took up perfumery in lockdown last year, bottling my own aftershaves at home in London, so I’m longing to go there find some really special fragrance oils. Recently I also visited Al Ula in Saudi Arabia, and the hundreds of ancient tombs that are scattered through the desert are some of the most incredible man-made creations I’ve ever seen. It’s always deeply humbling to be reminded of how incredibly advanced human beings were thousands of years ago.

T+L India: We know you first came to India when you were 18. And you’ve said that you dream of living here. What about the country inspires you so much?

DMC: It’s something that’s always very difficult for me to explain to others, all I can compare it to is falling in love at first sight. The very first time I landed at Delhi airport at 3 am, I felt my soul filling up with an energy that I’d never experienced before—and it’s a connection that has only grown stronger over the years. Whilst it has its problems just like any other nation, in all the ways that truly matter I see India as one of the richest countries in the world. Even today, I can land at Mumbai airport after a 17-hour flight from Los Angeles, and I’ll still be smiling as we touch the tarmac.

T+L India: What kind of a traveller are you? What do you look for when you travel to new places?

DMC: I can travel at almost any level, and whilst it’s always an incredible experience to visit some of the great palaces and fortresses of India, I’m also just as happy in the tiniest little hotels or hostels. Earlier this year, I came to Mumbai just a few weeks before the terrible Delta wave took hold, and as the situation got worse and worse I ended up staying with my girlfriend in the tiniest little lodge in the foothills of Himachal Pradesh. The thick green forests and incredible pahadi culture is something I’ll never forget. It was a magical place to be.

T+L India: You talk a lot about magic in the context of ancient myths and folklores. Have you explored such cultural pockets, where magic is still part of the rituals?

DMC: Very much! I try to seek out local interpretations of magic whenever I arrive in a new culture. Before I started making large-scale television, I’d travel around the world with a tiny handheld camera and make short documentaries, looking into witchcraft in East Africa or the roots of magic in Egypt. As a young boy, I was always fanatical about ancient Egyptian culture, and journeying to the pyramids at Giza was one of the most unforgettable days of my life. In one of the TV series, I once travelled to a city called Tepoztlán in Mexico, a real home of magic and mysticism, and I spent a very curious afternoon being gently beaten by a local witch-doctor with plants and flowers. At the end of the ceremony, he took a chicken’s egg and rubbed it over my body, and when he cracked it open he showed it black and rotten inside—having absorbed all the tension from my thoughts. Not quite sure of the science behind it, but he was a very lovely chap. 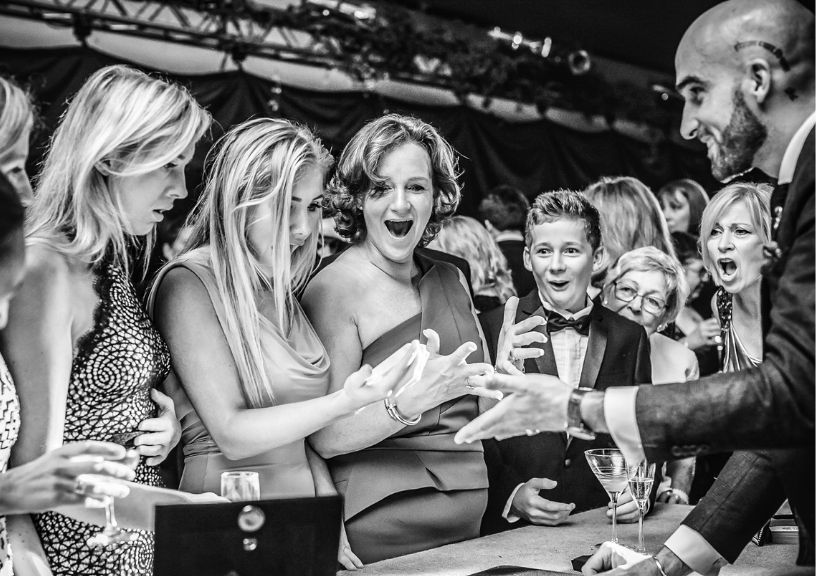 T+L India: Can anybody become a magician?

DMC: I always like to say that magic is just like music; nobody is born able to play the guitar chords or the piano scales, but some people are born with the passion and focus required to sit down and give years and years of their life to learning them. In this sense, magic is no different. It’s been said that you need to give 10000 hours of practice to something in order to attain true proficiency at it, and there’s certainly no way of achieving that unless the passion burns powerfully within your heart. Magic thrills me just as much today as it did when I first learned ‘Out of this World’. So, find whatever it is that speaks to your soul, and follow the compass of your heart all the way!

Related: Marking 15 Years Of T+L India By Introducing The Fantastic Trailblazers Of 2021

Meet Cyclist Ankit Arora, Who Has Redefined The Meaning Of Slow Travel

This Indian Mama Has Been Backpacking Across The World With Her Daughter—All With A Full-time Job!

Trending
Meet Polar Preet, The British-Indian Woman Who’s Made History With Her Solo...
People
Follow The Love With Murad And Nataly Osmann From The Iconic #Followmeto...
People
10 Indian Travel Influencers You Need On Your Instagram Feed
People
What Is The All-New Soneva Soul? Sonu Shivdasani Spills The Beans
People
Behind The Scenes With Our December Issue Cover Star, Samantha
People
Designers Shantanu and Nikhil On Their Recent Collab With Obeetee, A Homegrown...