English-Australian Chef Gary Mehigan’s love for Indian food is no secret. Nine years after his first trip to India, the celebrity chef recalls some of his fondest memories of the country. By Rashima Nagpal

T+L India: What brought you to India the first time? What was your first impression? 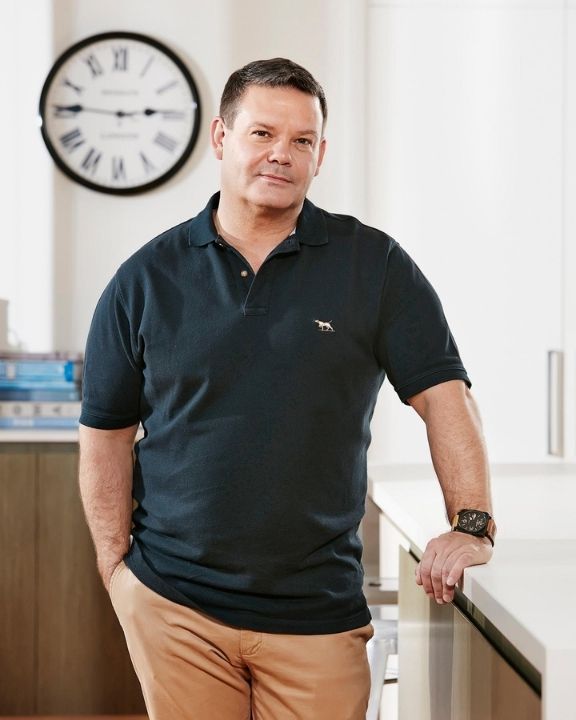 Gary Mehigan: I was invited to be part of the Oz Fest in Delhi back in 2012. I instantly fell in love with the colours, sounds, culture, the wonderful sense of humour, and goodwill that India shares with Australia. And of course, the food was so exciting! My last visit was in November 2019.

T+L India: Which places in the country have you visited so far?

Gary Mehigan: I’ve been to India a number of times now; I think around 12. I’ve been to Jaipur, Jodhpur, and the big cities like Mumbai, Delhi, Bengaluru, Chennai, Hyderabad, and Kolkata.

T+L India: Which is your favourite Indian destination?

Gary Mehigan: I love Jodhpur; there’s something special about its sky and sunsets, maybe because it’s on the edge of the desert. I was lucky enough to be invited to the RIFF Festival at Mehrangarh Fort many years ago, which I absolutely loved. The food is delicious, especially the sweets, the mirchi vada, and mawa kachori. I became a fan of ker sangri too—I tried to bring some back to Australia but couldn’t get it through customs.

T+L India: An Indian experience that’s on your bucket list?

Gary Mehigan: I dream of riding a Royal Enfield up to Manali in the Himalayas, or from the far north down to the south of India—this may or may not happen. But even if I get a chance to ride a motorcycle around Manali, that would be perfect.

T+L India: Tell us about some of your fondest memories from India.

Gary Mehigan: I was lucky enough to be invited on a ride through the countryside around Kolar in Karnataka with CS Santosh, who is a Dakar Rally rider. We spent a day riding through the countryside, stopping and taking time to absorb all the sights and sounds; the Someshwara Temple was magnificent. After an exhausting day’s ride, we sat under a tamarind tree, drank beer, and plucked and ate sticky tamarind as we talked about life. It was an amazing experience—unexpected and unforgettable. Travelling around to make Masters of Taste – The Family Table was really special. We visited many cities, and it was somewhat of an awakening when it came to truly appreciating the regionality of Indian cuisine. The experience was made so much more special because of the people I met, and in this instance, cooked with or cooked for.

T+L India: Which are your favourite restaurants in the country?

Gary Mehigan: The Bombay Canteen in Mumbai has always been a favourite; even though [Chef] Thomas Zacharias has moved on, I am following his career closely as he is an advocate of regional Indian cuisine. Masque’s Chef Prateek Sadhu’s food is exceptional. Indian Accent [in Delhi] is another favourite; Chef Manish Mehrotra is brilliant and has been consistently voted as one of India’s best for good reason. He has a light, ingenious touch when it comes to traditional recipes, which I love.

T+L India: Since you love street food, what are your favourite Indian street snacks?

Gary Mehigan: Kathi rolls, pani puri, chole bhature, raj kachori, or even a simple chai. Also, I love everything cooked in the tandoor! I’m sure you’ve heard me say before that I love breads in all their incarnations—roti, chapati, Malabar parotta, phulka, puri, dosa, idli, appam, and so on.

T+L India: Between Delhi and Mumbai, which city do you like more?

Gary Mehigan: Now, that’s not a fair question! I love both cities for different reasons. But even though I may upset my friends from Delhi, I have to say there’s something special about Mumbai. It’s the busyness, the sea, the heartbeat that it seems to have. Much like New York, but crazier and far more interesting.

T+L India: If there were no pandemic and you could fly to India right now, which is the first place you’d go to?

Gary Mehigan: I’d love to head south, maybe Goa or Kochi, just to get a little sunshine and eat some beautiful food.

T+L India: What prompted you to come up with the Cooking4India campaign?

Gary Mehigan: We’ve all been affected in one way or another by this terrible virus. However, there is no denying that for India it has been a disaster. The sheer scale of the difficulties faced by people every day has pulled at heartstrings. We have many friends who have been affected personally, and [we] felt compelled to help. Unfortunately, we had to postpone the fundraiser [from June 19] because Victoria is under lockdown. We are committed to pushing ahead in whatever form it takes; something is better than nothing.

T+L India: What are the experiences that you’d recommend to friends who’ve never been to India before?

Gary Mehigan: I’ve given itineraries to a few friends in the past, and there’s always a lot of food destinations and experiences in there. Starting in a big city like Delhi or Mumbai is a good way to ease your way into the experience. Hit the tourist spots, of course, but walk the local markets, eat out, and go to a cool bar or two. A favourite trip of mine was with the family to Jaipur. We drove from Delhi and stopped at Neemrana Fort, watched the sunset, and stayed the night. Then continued on and stayed at a beautiful resort outside of the city. It gave us a chance to do numerous day and night trips in and around Jaipur and then relax at the end of the day.

Marianne Gybels Talks About Sustainability And Travel During COVID-19

The jungles of India were the muse for Rudyard Kip

A morning in Majuli, Assam - the world’s largest

Photo and Quote by @rozlebregar “What should yo