By Shubhanjana Das
Get the best news and reviews from Travel + Leisure India delivered straight to your inbox.
Share

People
Travellers Ronnie & Barty Want To Change The Way You Travel, One Video At A Time
Share
Next article

If you’ve been to Manali recently, you’ve probably heard Ronnie’s music playing in a cafe. Husband-wife duo, Rohan Thakur (aka Ronnie) and Bharati Bahrani (aka Barty) have a long-drawn love affair with the mountains which resonates in their travel films—each a captivating documentary of their slow-paced life in Manali’s idyllic mountains—on their YouTube channel. By Shubhanjana Das

“Through our videos, we want you to experience what we are experiencing at an emotional and spiritual level. If I can transport you, for those few minutes, out of your box and into my world, I’ve succeeded,” shares Barty. Naturally, then, it was fitting for me to sit down by a stream in the middle of a jungle in Manali’s outskirts to talk about their journey, Manali through the years, and about the need to rethink the way we travel.

1. Can you tell us a little about yourselves? 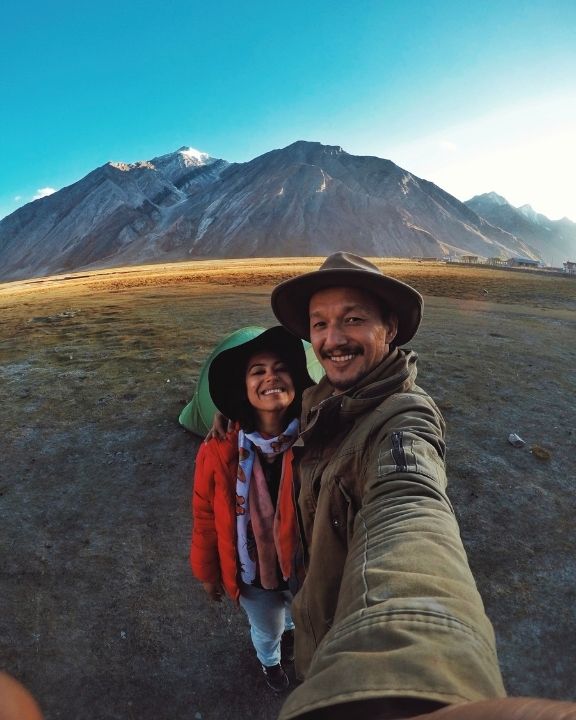 Ronnie: I was born in Manali, and stayed here till fifth grade. Next, I went to a boarding school in Mussoorie, and did my bachelors in tourism in Australia but didn’t finish it. Instead, I came back to pursue music and did a two-year course in audio engineering from Chennai. After that, I tried to land a job in Mumbai as an audio engineer but didn’t succeed. So, I returned to Manali and hiked around the mountains for four months. Then, I joined Symbiosis [International University, Pune] to study filmmaking but got kicked out! Instead, I started working with a friend on real estate videos, and shooting artists, bands, promotional content, etc. in Pune.

Barty: I was born and raised in Mumbai. After 12th, I went to Srishti Art Design School in Bengaluru and graduated in filmmaking. Then, I returned to Mumbai and for the first year, I worked as a documentary film editor at the design centre in IIT Bombay. Next, I spent the first six months banging on studios’ doors and sending resumes in hopes of a reply. One responded looking for a casting assistant. I took the offer, despite not having any inclination towards it. Since then, my life flipped on its head and I was hired as a script supervisor’s assistant later. Eventually, I worked with Anurag Kashyap as a script supervisor, and later, as an assistant director.

2. Where did you guys meet?

Ronnie: When in Pune in 2011, a friend of mine was working as an AD on a film and he got me a minor acting job. I thought, ‘I have to do this!’ That’s where I first met Barty who was working as a script supervisor on the project.

3. Were the two of you travelling for long, even before you met and started working? 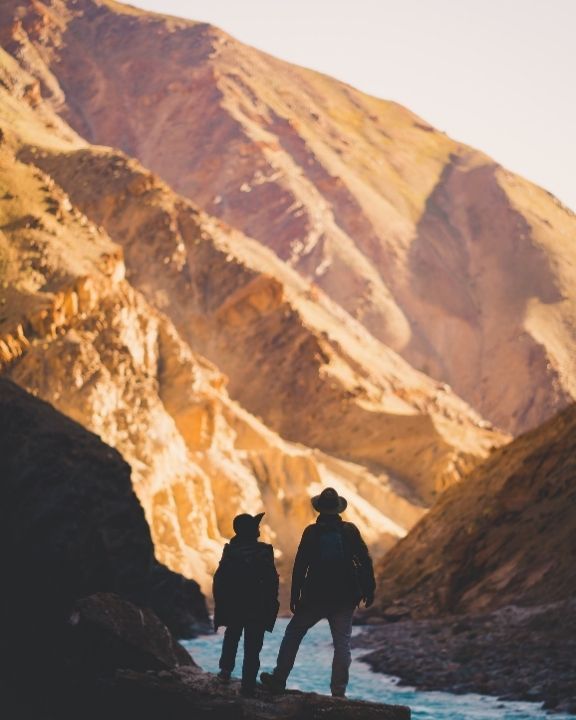 Barty: My love affair for the mountains began way before we met, as my parents would make it a point to bring us to the mountains every year. Travel filmmaking has been my dream job, and we bonded over our love for travelling and desire to create content out of that. But we didn’t want to do the ‘normcore’ travel vlogging that was popular in India at the time.

4. When did you decide to start working together?

Barty: We started by coming to the mountains together. At the time, a friend of Ronnie’s—who was working in a production house in Hyderabad—approached him for our first project together, Way Back Home. We had no idea what we were going to shoot, but we had a map.

Ronnie: Nobody had shot in the Himalayas of Himachal Pradesh then, especially during winter. So, we shot a ton of footage and made 13 episodes!

5. Tell us a little about your life in Manali? 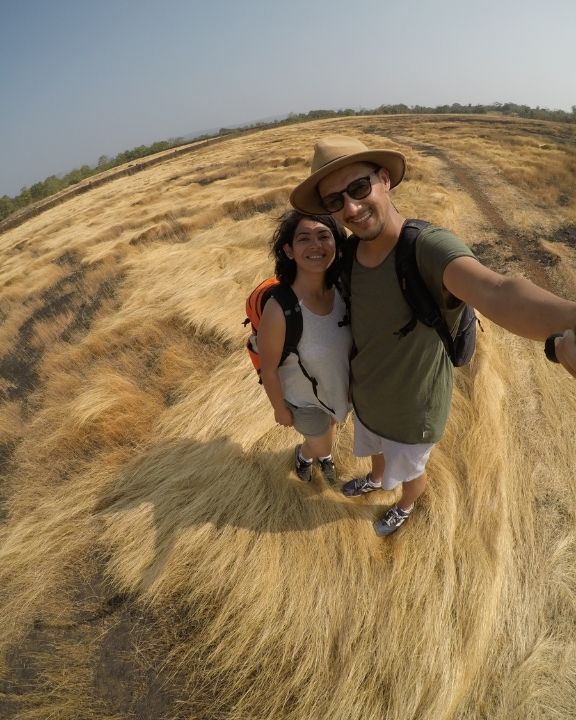 Barty: During the lockdown, we started farming. We’re absolute beginners and the locals laugh at us, but we really enjoy it! It’s a joy to grow everything on your plate for a meal. Everytime we would go back to Mumbai to work on projects even for a few days, we would get unhappy. There, you are nothing beyond your work and your designation. But after moving here, I realised that I don’t need to limit myself to a role for an X amount of money.

6. How have you seen Manali change over the years?

Ronnie: When I was growing up, Manali was a village. The town had only nine houses and a small market. Now, old businesses have moved behind. The city changed very fast as money and tourism started coming in. In the last five-six years, tourism has blown up and people are making tons of properties here. Construction has grown manifold, and in Manali‚ which is only four kilometres long, isn’t designed for many cars. The younger generation here prefers sitting back and relaxing where they build hotels, lease them out, and eat from that. The older generation is more hands-on with farming. For me and my friends, though, the feeling of Manali hasn’t changed one bit.

7. What was it like when you [Barty] shifted to Manali?

Barty: We came to Manali on a holiday to spend time in the mountains. Career-wise, we were both on a standstill in Mumbai and needed it to be changed. Right then, Netflix started streaming in India and Amazon started home deliveries. We thought to ourselves that everything we needed was right here. So, at the end of April 2017, we packed up in Mumbai and came here. I always wanted to live here since I was a child, so the transition wasn’t difficult. Plus, Manali is a metropolitan Himachali city. It’s got a great balance of party life, but you can also find yourself in the middle of a jungle within five minutes.

Ronnie: She was very aware of Himachal Pradesh’s slow lifestyle. So we didn’t come here with that ‘Mumbai mindset’ of working hard and getting things done. We came here to live life.

8. When and why did you start making vlogs and travel films? 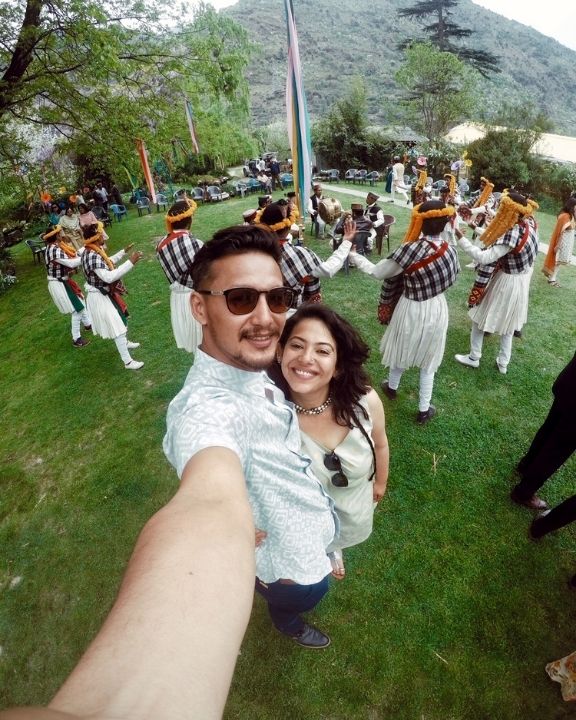 Ronnie: When we moved to Manali, we had no idea we were going to start a YouTube channel. But that year, YouTube changed and monetisation started. We had the gear to shoot videos, but the decision to start took us a year. We were holding onto the thread of working in Mumbai as YouTube didn’t feel as legit.

We decided to start YouTubing because it helped us get disciplined, and polish our filmmaking and editing skills. Around then, our friends started coming back to Manali from working and studying abroad with the intentions of starting something new. So, we started filming our friends, our parties, and whatever was happening around us. That’s how we started.

9. Your latest album, Chapter One, is associated with mountainous landscapes and getaways. Is that what you kept in mind while composing it?

Ronnie: I was always into music. In the beginning, it was more conventional. When I got into making videos, I thought of using our own music. So, I started making background scores for our videos. I thought publishing the songs without a video wouldn’t work, but people started liking it. Eventually, I released what I felt were my top 10 songs.

The style is a mix of lo-fi beats, classical violins, and oriental instruments. The key melodies I’ve created are very Himachali. I hadn’t predicted such love wherein the songs would get tagged and played everywhere!

10. Do you think itinerary-free travel is still possible at a time when so much information about places are already available on the internet? 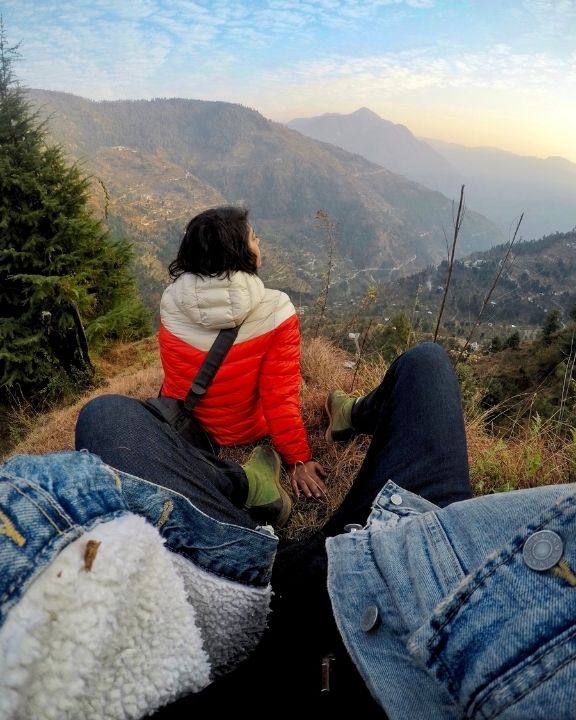 Barty: Through our vlogs, we are trying to set a different tone, change the kind of people who visit, and the purpose of visiting the mountains. We are trying to show how to chill and enjoy oneself in the hills, while also starting a conversation around nature and conservation. Having said that, you can’t teach someone to appreciate the art of chilling. The spirit of exploration comes from within.

Ronnie: One way to change this attitude is through adventure sports. If you’ve set your mind to learn ice climbing in six days, you’re gonna meet ice climbers and like-minded people. This applies to anything such as pottery, arts, etc.

Barty: Through our vlogs, I hope to show people the possibility of living beyond a nine-to-five job by taking time out for oneself, and changing the way you holiday. Don’t make your holiday as hectic as your job by chalking a timetable; that’s not the point of a holiday.

11. How does tourism impact the Himalayas adversely?

Ronnie: I think mass trekking needs to stop. We went on the Hampta trek and saw trash from hundreds of camps left behind. This needs to be banned. We should have a fixed number of on-site camps. The Himachal Pradesh government also needs to step up its game in regulating this.

Barty: Something very basic each one of us can do is to carry a bottle. We also need to correct our civic responsibilities and not litter irresponsibly. It needs to start from a structural level by changing the way we look at trash. Ronnie and I have a rule that we don’t buy any plastic unless it’s a drive longer than six hours. We’ve also started packing lunch for drives, instead of buying food wrapped in plastic.

Related: This Couple Ditched City-life To Open A Pottery Studio At A Mango Farm

Behind The Scenes With Travel + Leisure India’s May Cover Star, Janhvi Kapoor

People
How To Travel Safely During The Pandemic, According To An Epidemiologist
People
Anthony Bourdain’s Assistant Shares What It Was Like Working On His Final...
Tips And Tricks For A Comfortable Flight, According To Travel Experts
People
Actor Milind Soman Escapes To Alibaug For A Socially-Distanced Recovery
People
Singapore-Based Non-Binary Visual Artist Sam Lo’s Take On Street Art
People
Exclusive: Anoushka Shankar Talks About Her Most Memorable Holiday & More

Beat this! An ostrich joins a group of cyclists V

“Love and compassion are necessities, not luxuri