Wind in your hair, ever-changing topography through your window, and the promise of untold adventures, what’s not to love about road trips? And if you’re in Ahmedabad, there’s no better time than this new year weekend to hit the road. All you need is a car, good company, a fun Spotify playlist, and our curated list of spots you can head to. By Eshita Srinivas

COVID-19 may have dampened our spirits by a bit this holiday season, but the travel bug in us is still alive and eager to strike out on a new adventure, albeit with safety protocols in mind. With unique, offbeat locations a few hours away and the neighbouring state Rajasthan just within reach, there are plenty of spots to explore from the capital city of Gujarat. Here are a few you could head to this weekend. 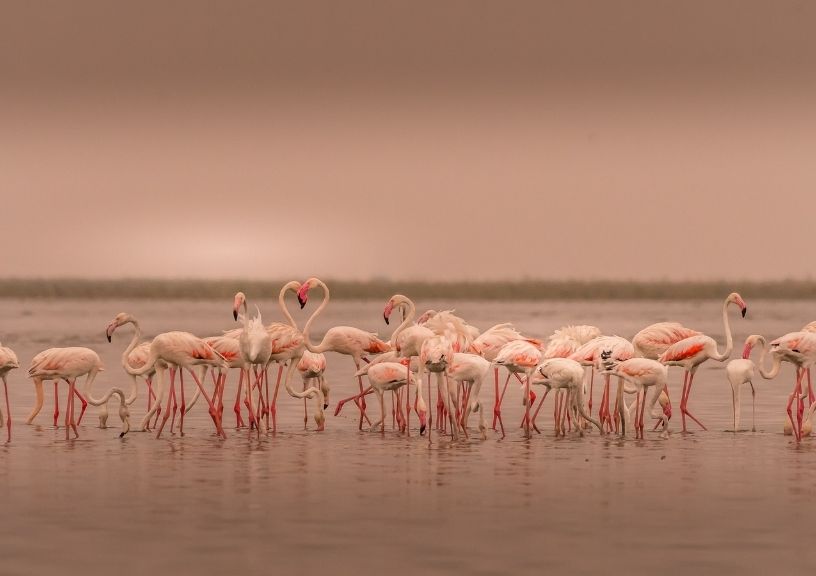 Lush trees whip past you on a drive to Nalsarovar from Ahmedabad and serenity keeps you company along the way. Housed in the swamps between Central Gujarat and Eastern Saurashtra, the region, which also happens to be the state’s largest wetland bird sanctuary, is packed with migratory birds during this time of the year. We’re talking pelicans, herons, white storks, flamingoes, and more who make their way there from countries like Siberia and Oman. You don’t have to be a birdwatcher or a birding enthusiast to be enthralled by Nalsarovar, plenty of locals head here to sit down for a leisurely picnic while watching the birds go about their business. You could also hop on a boat or shop for handicrafts while here. 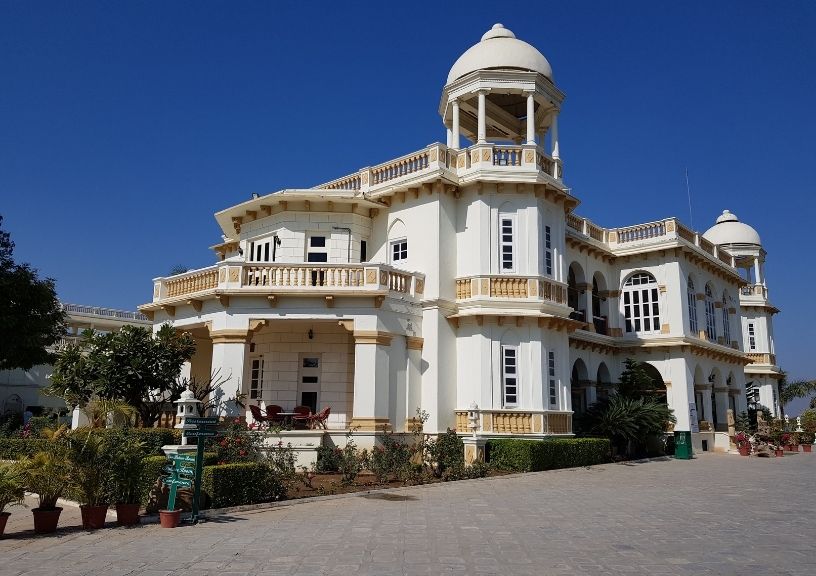 Gujarat’s very own royal retreat, Palanpur was founded by king Prahaladan and was a part of the Paramara Rajput empire. It was also a princely state during the British empire. Naturally, the city is steeped in history. Back in the day, it had a large fort with seven gates that fortified the city, but over time they dilapidated. Today, these ruins are a major tourist attraction. As are monuments like Keertistumbh, the Balaram Palace, and the Jorawar Palace, which are remnants of its past glory. To add to this is the beauty of the surrounding Aravalli hills. While you’re here, you could also visit a few temples that were built by the king, such as the Pallaviya Parshwanath Temple or the Motu Derasar. 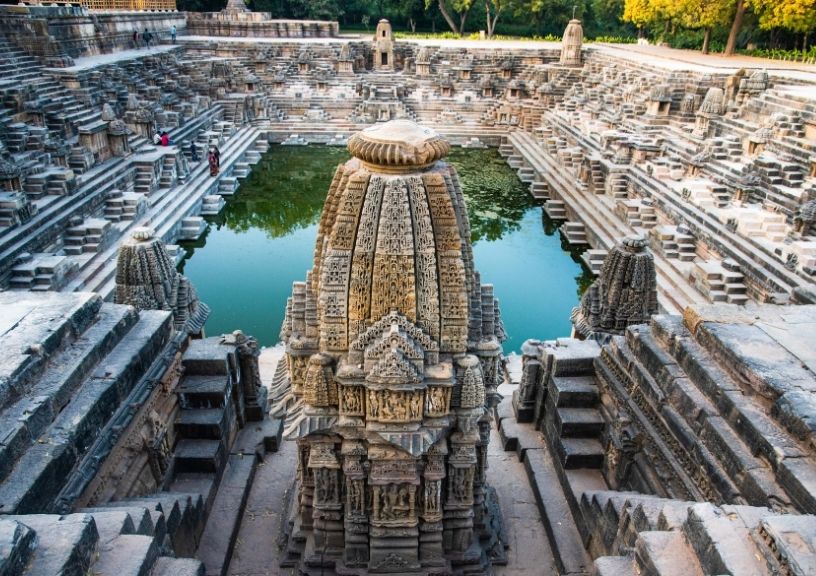 Home to the Solanki Dynasty’s legacy, the Sun Temple, Modhera is a popular destination for locals who need a quick break from the hustle of the capital Ahmedabad. Once home to a gold chariot, the temple was built in 1206 AD to honour the sun god. Architecture enthusiasts and history buffs will be drawn to the intricate motifs carved into the walls of the temples and find themselves spending hours walking through the remnants of the grand complex, from the shrine and assembly hall to the reservoir. The historical monument found its way to the list of UNESCO World Heritage Sites in 2014, which has only made it that much more popular with tourists. With lovely winter weather making things perfect for sightseeing, do head here for a dose of history if you’ve got some time to spare this weekend. 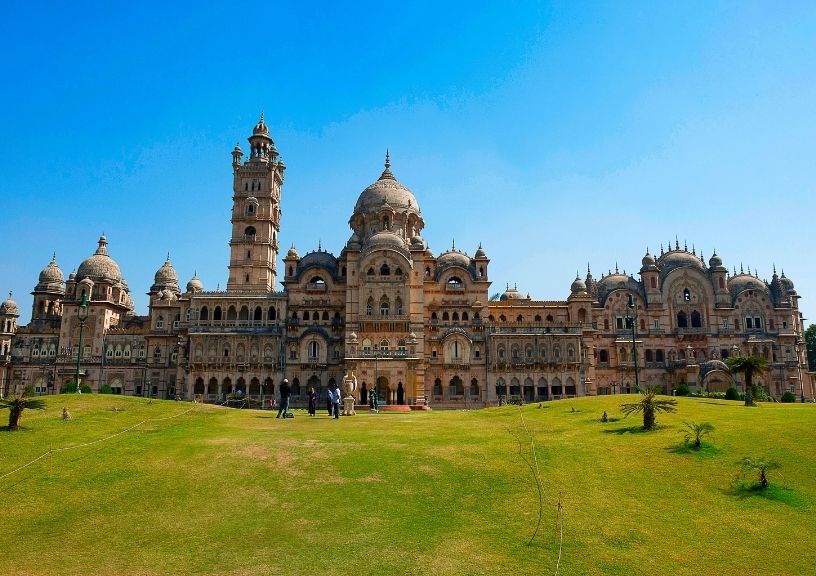 The third-largest city of the state of Gujarat and home to some of the most historical and cultural monuments in the region, Vadodara is a great choice for when you’d like to get on the road but don’t wish to stray too far from the comforts of a city. A short drive away from Ahmedabad, a favourite with visitors to this region is the Laxmi Vilas, a royal palace that was constructed in the 19th century and where the royal family continues to reside. Believed to be four times larger than Buckingham Palace, the heritage site is a blend of Indian and European architecture and proudly displays Venetian mosaics and a large landscaped garden with Italian fountains. There’s even a railway line that makes its way through the mango plantations, reportedly established to transport the king’s children to school. There are also art galleries and museums to head to in the city for a greater dose of history. 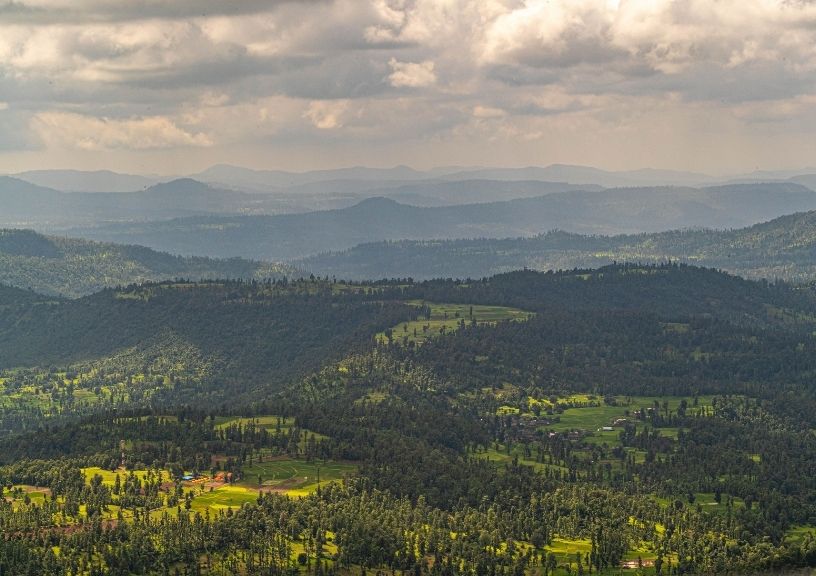 If a little winter getaway in the hills is what you’ve been hoping for, you don’t have to go all the way to the Himalayas for it. Lush trees, rolling hills, cascading waterfalls, and crisp breeze await you at Satpura, a charming hill station in the Dang district of Gujarat. While here, take a walk through the lake, step, and rose garden. Or watch the sunrise over the valley viewpoint. Don’t miss out on the Purna sanctuary, which a range of diverse wildlife calls their home. The tranquillity of this spot is a far, welcome departure from the ever-present noise of the city. 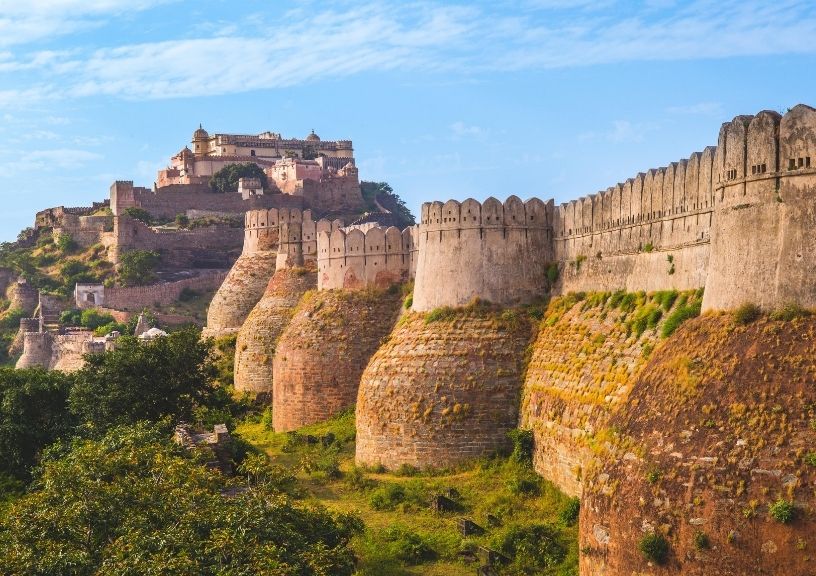 Rajasthan’s Rajsamand district proudly features this stunning fortress which is flanked by the Aravalli hills. A protected 15th-century monument, which is featured in the list of UNESCO World Heritage Sites, there are over 200 temples to explore here. The birthplace of king Pratap Singh, this Mewar fortress, also known as the Great Wall of India, lights up every evening and is a sight to behold. Be sure to book at least an overnight stay here because there are temples and even a wildlife reserve to explore here. 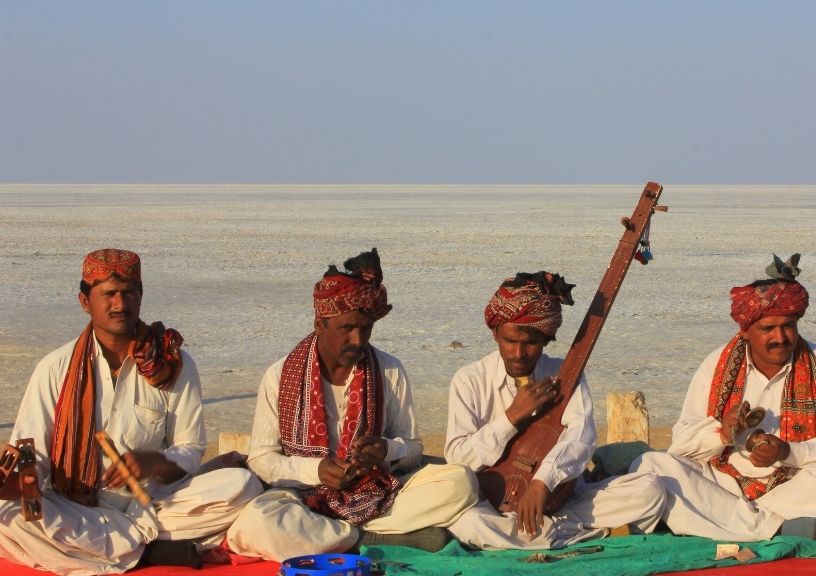 We’d be remiss not to have the region with a stunning white salt desert, considered one of the most beautiful places in the country, feature in this list. The journey to this spot is as tranquil and serene as the destination itself and we recommend hanging around to watch the colours of the sunset bounce off of the sand while here. Walks in the glow of the moonlight are romantic and worth sticking around for as well. At the moment, the region is playing host to the Rann Utsav, an annual event that celebrates local art, music, dance, and food, all of which can be enjoyed from the comforts of stunning, comfortable tents set up in the desert. 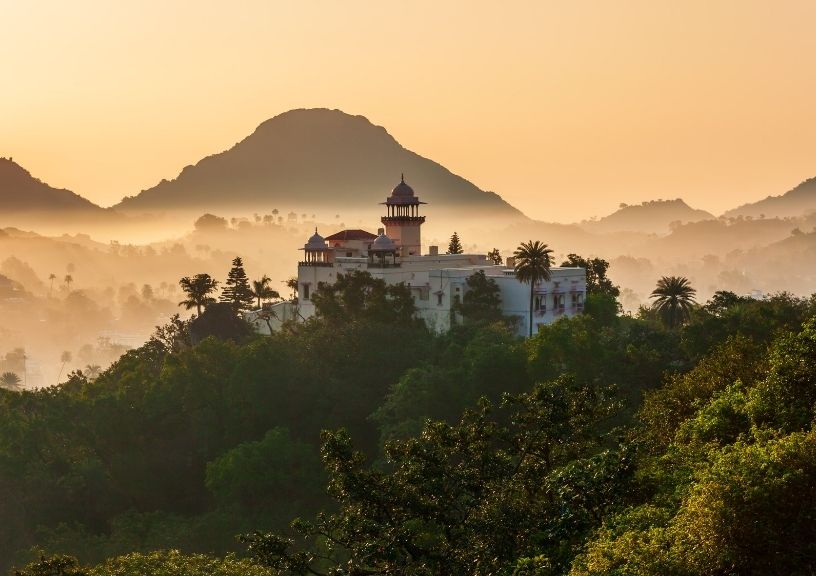 Another great option for those who can hear the mountains calling this winter season is Western Rajasthan’s popular hill station, Mount Abu. And it’s not too far from Ahmedabad. The roads leading up to this spot are flanked by lush green topography, which is an experience in itself. Once there, hop on a boat in the beautiful Nakki lake, explore the historic Achalgarh fort, or get acquainted with the region’s wildlife at the local wildlife sanctuary. But if all that action isn’t what you had in mind for your vacation, then the region also has beautiful spots to take walks through and watch the sunset from.

We’ve packed our bags, have you?

Related: 8 Road Trips In Kerala That You Must Bookmark For 2022

Discovering The Oasis Called Banswara Amidst The Desert Of Rajasthan

Not A Honeymoon, But Plan A Familymoon With These Fun Experiences And Destinations

Places
8 Hidden Gems Of Madhya Pradesh You Must Discover In 2022
Places
#CelebrityApproved: This Is The Most Travelled To Destination In India In January
Places
Hiking Trails And Treks Of Himachal Pradesh You Should Explore In 2022
Places
These Cities In India Celebrate Makar Sankranti Like No Other Place
Places
This Secret Spot In Pench National Park Is A Wildlife Photographer’s Paradise
Places
#NationalYouthDay: 8 Travel Experiences In India You Must Take In Your Youth