Goa might be a tropical paradise, but once you’ve been there a few times, experiences like beach hopping and partying can get a bit repetitive. We recommend exploring the cultural aspect of the city’s vibrant personality with a visit to these historical spots. By Eshita Srinivas

There’s no denying that Goa is the quintessential beach holiday destination. Pristine waters flanked by lush palm trees meet bustling nightclubs and colourful street markets in this sunny haven. But if you’ve had your fill of the usual Goa itineraries, you might find walking around the former Portuguese colony’s historical spots refreshing. And if you’ve only got a few days or a weekend to spare, we’ve rounded up a list of the best ones to explore.

Visit these underrated historical spots in Goa on your next visit 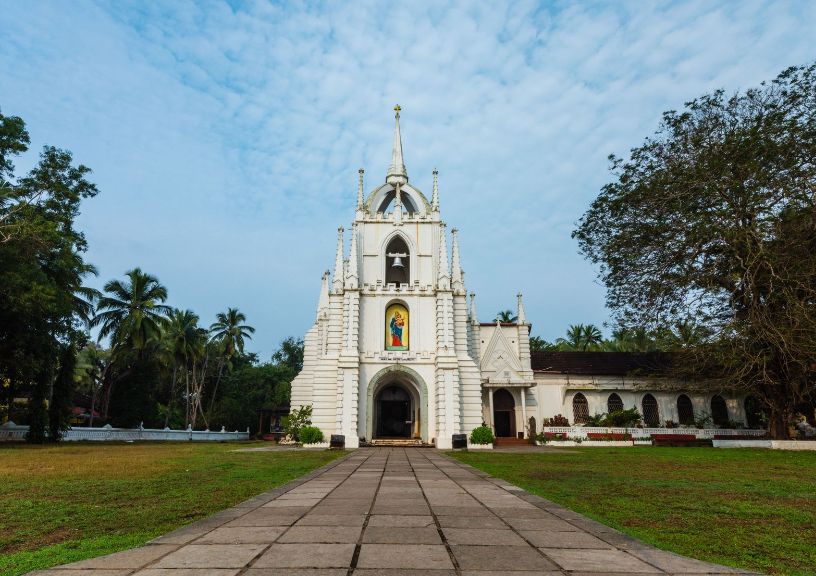 A fine example of neo-Gothic architecture, the pristine walls of this church set against the lush surroundings of the countryside make it look like it’s popped out of a postcard. The structure was built in 1873, with stones believed to be excavated from the ruins of Mae de Deus convent in Daujim, the Chapel of Our Lady of Victor. The main door here is almost a full-story high and shaped like a dome. Inside is the famed statue of Mae de Deus (Mother of God). The best time to visit this spot is when the sun sets and the church lights up against the night sky. Every year, on the first Sunday in the month of May, the church celebrates the feast in honour of mother Mary with a grand procession that’s followed by fireworks. 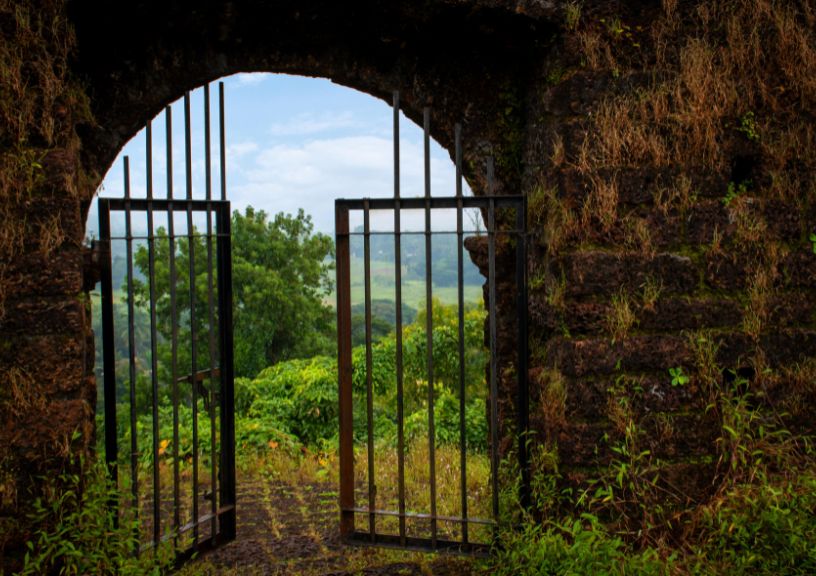 Housed on an offbeat, stunning island in the waters of Goa’s Mandovi river, this fort overlooks rolling hills and is the perfect spot for a romantic evening spent gazing at the colours of the sunset. Rugged yet stunning, the path to the fort has several flights of stairs that need to be conquered before the view from the top can be enjoyed. Take a leisurely walk around the quiet island while you’re here. 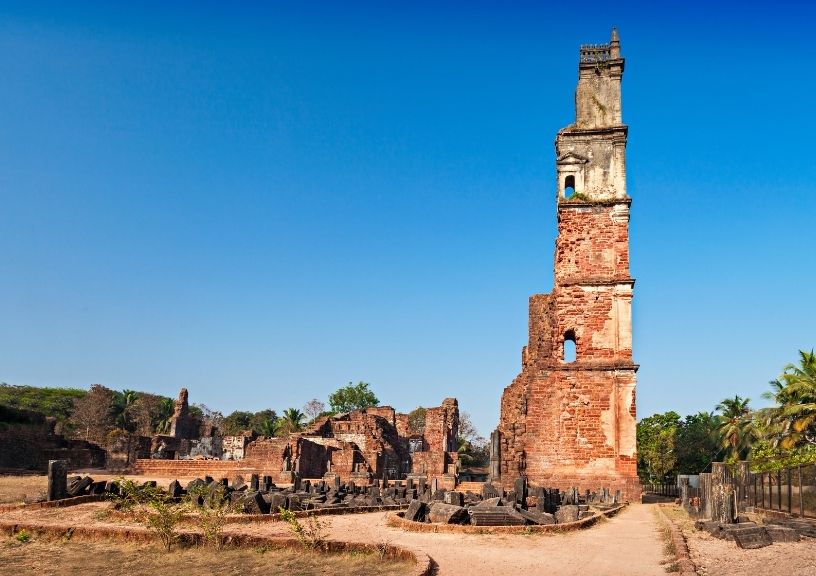 A UNESCO World Heritage Site, this lofty tower has weathered many storms and seasons. The 47-metre pillar is the only thing that remains of the St. Augustine Church, which was constructed in 1602. Once compared to the likes of great imperial cathedrals of the Renaissance era, the space now stands as a remnant of a bygone era. Spend time here observing the four-storied structure and the ruins of eight chapels, four altars and cells beneath it. Relics of Queen Ketevan of Georgia were found by a team of Georgian archaeologists in 2006. If you love a bit of intrigue mixed with your history lessons, don’t forget to visit this spot. 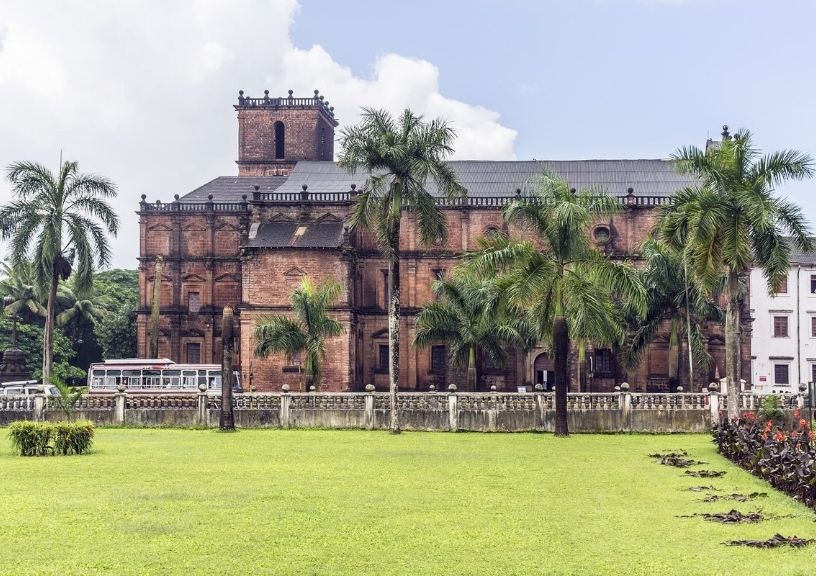 One of old Goa’s most popular historical spots, this basilica holds the mortal remains of St. Francis Xavier and is a UNESCO World Heritage Site. An iconic monument, the Baroque architecture and stunning art gallery make it worth a visit. Roman, Doric, Ionic, Corinthian, and Composite influences are seen in the design and the mausoleum is a masterpiece made by Italian sculptor Giovanni Batista Foggini. Once every ten years St Francis’ body, which is preserved in a glass coffin, is presented for the public to pay their respects, the next date stated to be in 2024. Do head here for a slice of history and a big serving of peace and quiet.

An important port for Portuguese ships, this ancient spot is surrounded by lush trees and is extremely popular for how well it’s been preserved. It is believed that the structure, located a few kilometres away from the Mormugao port, was built to guard the harbour. Back then, it had rooms to hold gun powder and explosives, prison cells, and quarters for the military. A chapel was also housed here, protected by a tall bulwark. Later in 1703, the Viceroy of Goa lived within the walls of the fort. You could enter the fort in two ways, the first is through a well-paved path within verdant gardens. The other needs you to hike towards the harbour from the sea-side, during which you’ll cross a small viewing spot for tourists to look at the port. 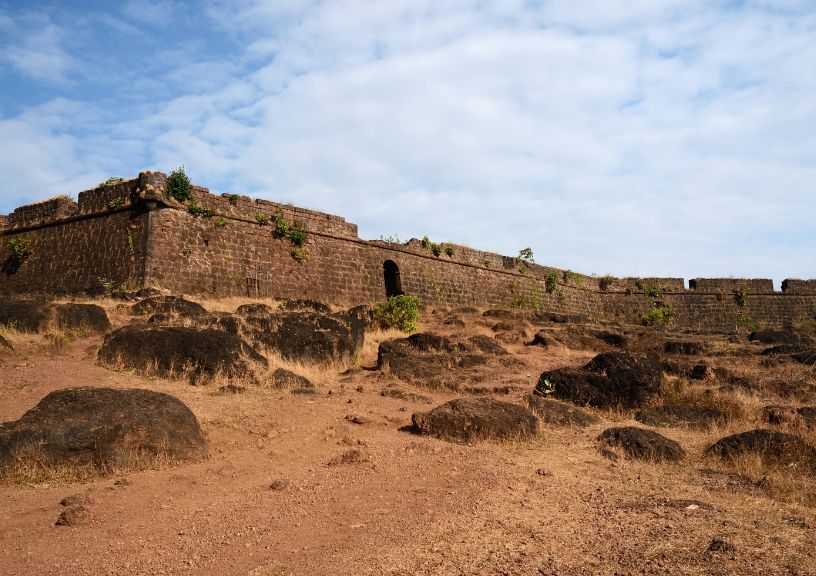 Another spot that’s best visited during the sunset, this fort is located on the Chapora river and has seen many battles such as the Maratha-Portuguese war. Secret tunnels can be discovered here and once you’ve explored the structure, you could take in the views of the Chapora river as well as the beaches of Anjuna and Vagator. Bollywood buffs would recognize this spot as the one that featured in the cult-favourite Dil Chahta Hai. Hop on a bus from Mapusa and get off at the fort for a little tete-a-tete with history. 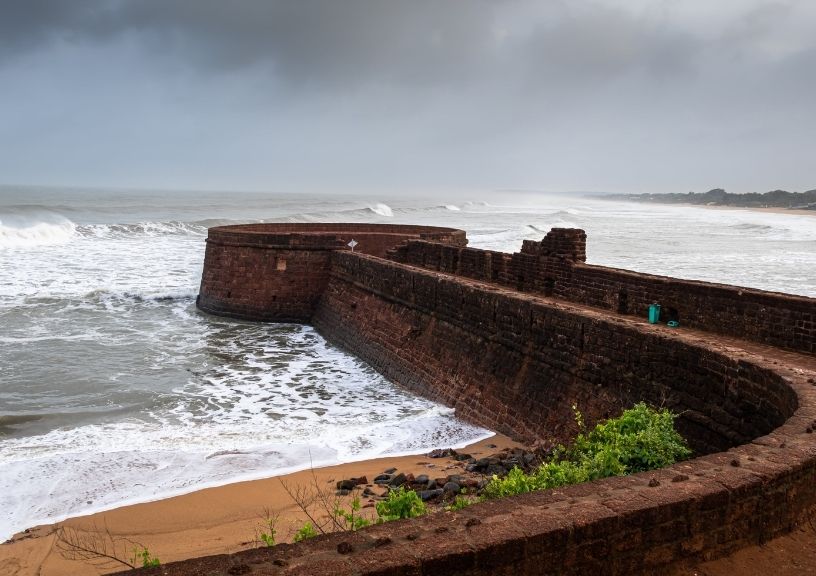 Overlooking the dazzling waters of the Sinquerim beach, this fort was constructed in 1612 and consists of a bastion and a section of fortified walls on both its sides. Tasked with protecting Goa against the Dutch and the Marathas, the fort also was the spot where ships anchored in the 16th and 17th centuries. Walks in the moonlight come highly recommended here, and there are a lot of beachside cafes and restaurants around the corner to help fuel you after some time spent exploring. For the adventurous, there are adventure sports spots around the area. 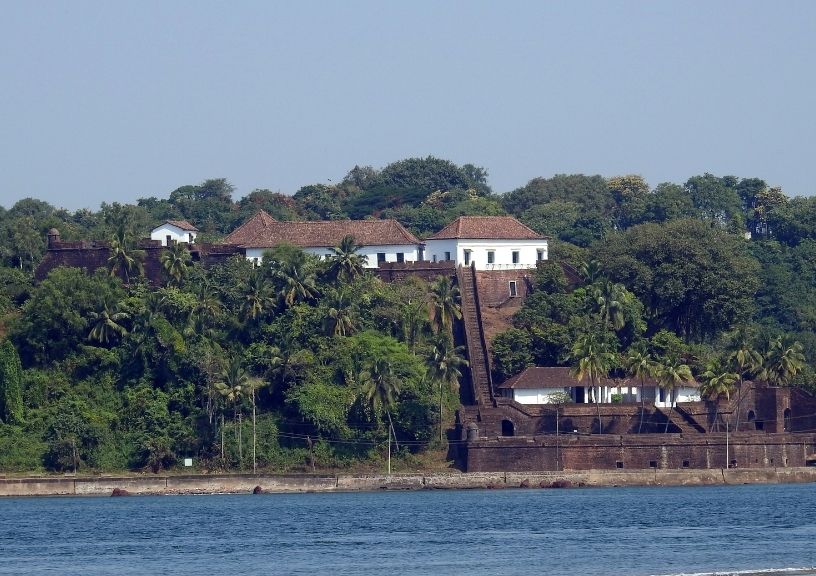 One of the first structures built by the Portuguese to defend against enemy invasion and its red stone walls are housed in a near-impossible spot to infiltrate. The 16th-century fort can be seen from across the Mandovi river. You could spend your morning observing the stunning architecture and exploring its nooks and crannies before taking in the view from the top. Since the spot is rarely ever crowded, head on over here for when you need a break from the usual bustle of the city.

Related: After 30 Years, Christmas Bells Will Ring Again At This 120-Year-Old Church In Srinagar

Discovering The Oasis Called Banswara Amidst The Desert Of Rajasthan

Not A Honeymoon, But Plan A Familymoon With These Fun Experiences And Destinations

8 Hidden Gems Of Madhya Pradesh You Must Discover In 2022

Places
#CelebrityApproved: This Is The Most Travelled To Destination In India In January
Places
Hiking Trails And Treks Of Himachal Pradesh You Should Explore In 2022
Places
These Cities In India Celebrate Makar Sankranti Like No Other Place
Places
This Secret Spot In Pench National Park Is A Wildlife Photographer’s Paradise
Places
#NationalYouthDay: 8 Travel Experiences In India You Must Take In Your Youth
Places
2022 Holiday Calendar In India: Plan The Ultimate Road Trip From New...