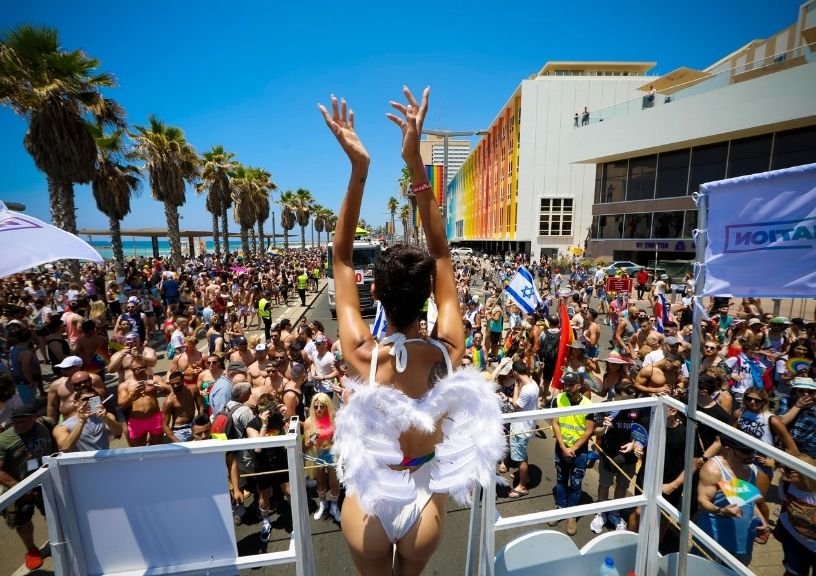 As per an official statement by Tel Aviv-Yafo Municipality, the iconic Tel Aviv Pride Parade is gearing up to paint the town red this June 25, a tradition that ordinarily takes place annually since 1998, barring last year’s COVID-19 pandemic. With this, the city will mark its first mega event post the tumultuous year. It is also touted to be the first physical mass parade to take place in the world since Coronavirus had surfaced, notes the release.

Ordinarily, thousands of LGBTQ+ supporters gather citywide every year during Pride Month. Notably, the 2019 Tel Aviv Pride Parade had over 2,50,000 attendees, making it one of the largest pride events in the Middle East and globally, both. This year, despite international travel restrictions, rainbow-hued merriment is expected to continue.

Each of the events organised at this year’s Tel Aviv Pride Parade is reportedly going to celebrate this year’s theme: A Community That Creates Change. The city, the release states, will salute gay artists across fields like music, visual arts, writing, drag, and more. Understanding the queer community’s campaign for equality and desire to strengthen social involvement, the organisers wish to create a cultural change that could lead to a veritable impact. “The Pride Parade is our cry for equality and a clear symbol of our demand for a free and democratic country for every person–a message that is especially appropriate and important now,” says Etai Pinkas Arad, Tel Aviv-Yafo City Council Member in charge of LGBTQ+ affairs.

The upcoming pride parade will also feature party trucks and DJs that will begin their march at midnight from Tel Aviv’s Bograshov Beach, before heading southwards along the seafront promenade and culminating at Charles Clore Park. Here, a party overlooking the Mediterranean Sea will be organised, “complete with performances by leading artists on two stages.” 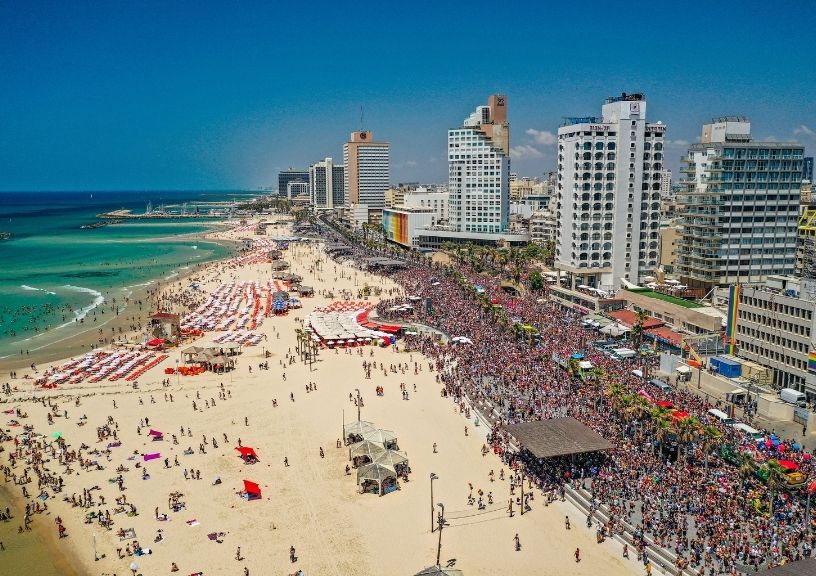 The celebrations, however, will begin days before the final parade. Starting June 15 to 26, The Gay Beach at Hilton Beach will double as grounds for non-stop parties, while a “Wigstock” drag festival will be organised at Meir Garden on June 22. Here, the best drags artists of Israel will take centre-stage. Think names like Ziona Patriot, Rama Rimming and Kay Long, among others. A three-day-long “Subculture” festival, starting June 16, will also be organised at the Tel Aviv Municipal LGBTQ Community Center. Held in partnership with the Culture Department of Tel Aviv-Yafo Municipality and Mifal HaPayis (National Lottery), the three-day art festival is expected to be extra special this year. In late June, the current centre will bid goodbye and be rebuilt at a cost of USD 9 million (approximately INR 65,72,02,500).

Speaking about the same Ruby Magen, manager of the Tel Aviv Municipal LGBTQ Community Center says, “Symbolically, the Pride events this year will also mark a temporary separation from the home of the community – the LGBTQ Center will be rebuilt as one of the largest and most beautiful centres in the world. We might be without the building, but we will only increase our presence across the city, with all our services and many more innovations. After 14 years, we will lovingly and temporarily separate from the centre and celebrate together as a strong, united community of change-makers.”

Editor’s Note: Keeping the current situation of the pandemic in mind, T+L India recommends every reader to stay safe, and take all government-regulated precautions in case travel at this time is absolutely necessary. Please follow our stories on COVID-19 for all the latest travel guidelines.

Landmarks You Must Visit If You Are Travelling To Kuala Lumpur

Places
Gorgeous National Parks In Northeast India That You Must Visit
Places
21 Best Things To Do In New Orleans’ French Quarter — From Famous...
Places
Why This Canadian Ski Town Is The Perfect Winter Vacation Destination
Places
Let Your Zodiac Decide Your Travel Experiences In India For 2022
Places
Spend This Republic Day On A Road Trip Across These 7 Awe-Inspiring...
Places
Seville, With Its Old Worldly Charm, Is A Wanderer’s Dream Destination