By Pallavi Pasricha
Get the best news and reviews from Travel + Leisure India delivered straight to your inbox.
Share

#DiscoverTheUndiscovered: On an expedition to traverse the Thakali trail in Mustang Valley, our contributor visits Lo Manthang, an ancient settlement and capital of the Upper Mustang Valley in western Nepal. Located at a height of 3,800 metres near the Tibet-China-Nepal border, it is considered one of the best-preserved medieval cities in the world. By Pallavi Pasricha

Tucked away from the world in the remotest and most dramatic landscapes of western Nepal, my encounter with Lo Manthang happened during a 10-day trip to Mustang Valley with a team of about 25. Nothing that I had seen in photos could have prepared me for my journey into one of the most untouched parts of Nepal, lying close to the Tibet-China-Nepal border. 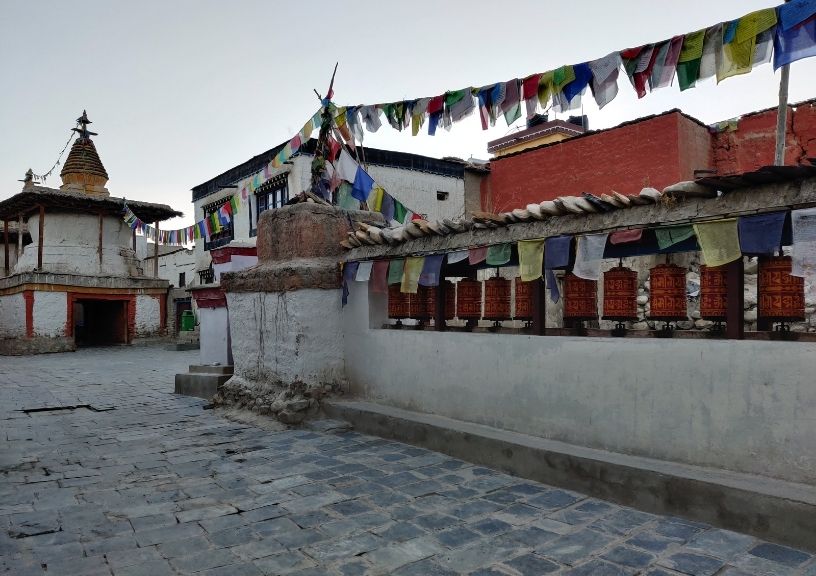 Divided into lower and upper Mustang areas, the terrain of this erstwhile Buddhist kingdom is as tough as the stark, brown landscape that lies in a rain shadow region of Himalayan peaks. With no proper roads, most of the trip needs to be covered by off-roading, which—at those heights—is an experience in itself. 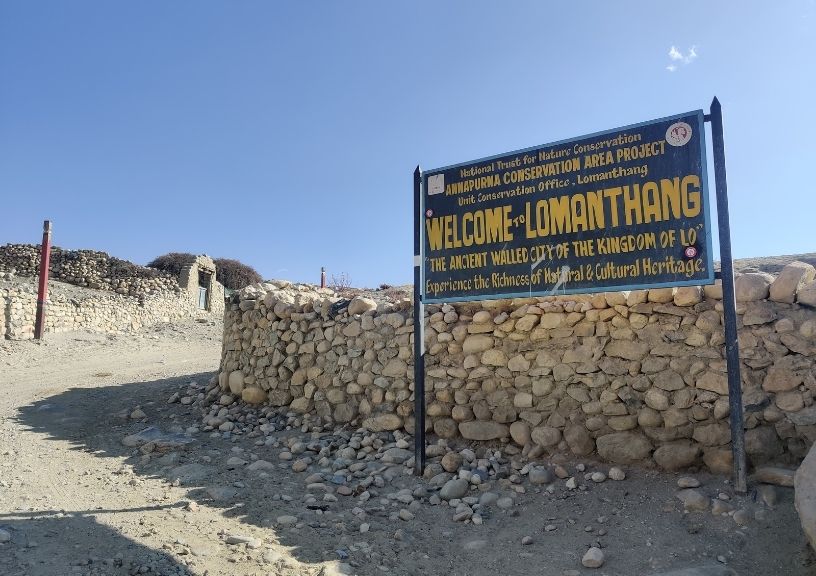 The 20-minute flight from Pokhara to Jomsom in lower Mustang is the most stunning flight I’ve ever taken. The plane almost hugs the Annapurna and Dhaulagiri ranges and gives me a glimpse of what lies ahead. We spend a couple of days in the lower Mustang area and then head to the upper side.

If you’re planning to go on this trip, then a stop-over at lower Mustang is a must to get used to the terrain. Since Lo Manthang is at a height of 3,800 meters, heading straight there after landing in Jomsom is not advisable.

I’m in a four-wheel-drive car, with others accompanying in three side by side (SSV) vehicles. It isn’t easy navigating from Jomsom to Lo Manthang on a terrain where even Google Maps fails to calculate the distance, but this is where the excitement lies—a land so remote that it can even puzzle technology! With each bend, the landscape becomes more imposing; its eroded hills remind me of Ladakh and Spiti. We stop at several places for photos and finally reach Lo Manthang in six hours. 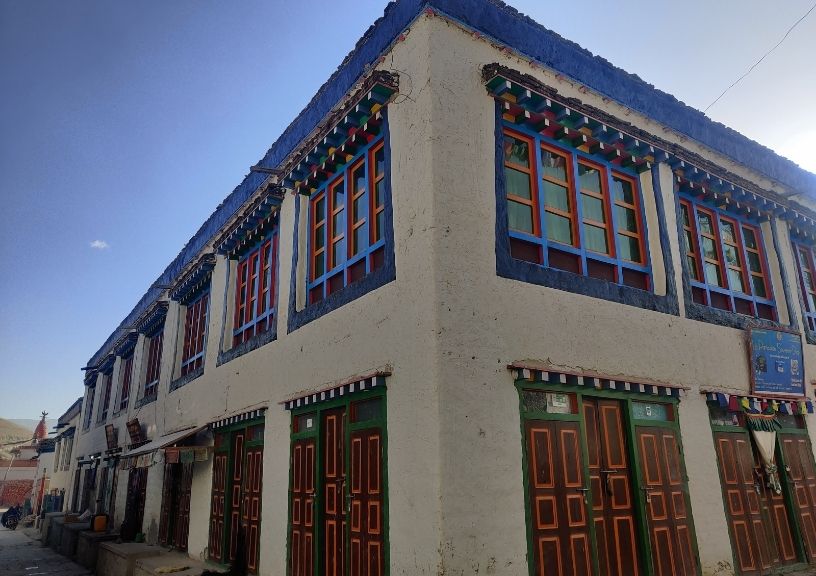 A gate welcomes us into the walled capital of the ancient kingdom of Lo, which opened to tourism in 1992. It seems like I’ve meandered into a land where time stands still. Though a bit of the modern world is creeping in as visitors begin to make their way here. The village is dotted with whitewashed homes paired with colourful doors and windows; ancient monasteries; and a few souvenir shops and eateries. The colours of the homes, I’m told, carry an age-old significance: yellow represents the god of wisdom; white—the god of compassion; and blue—the god of protection. 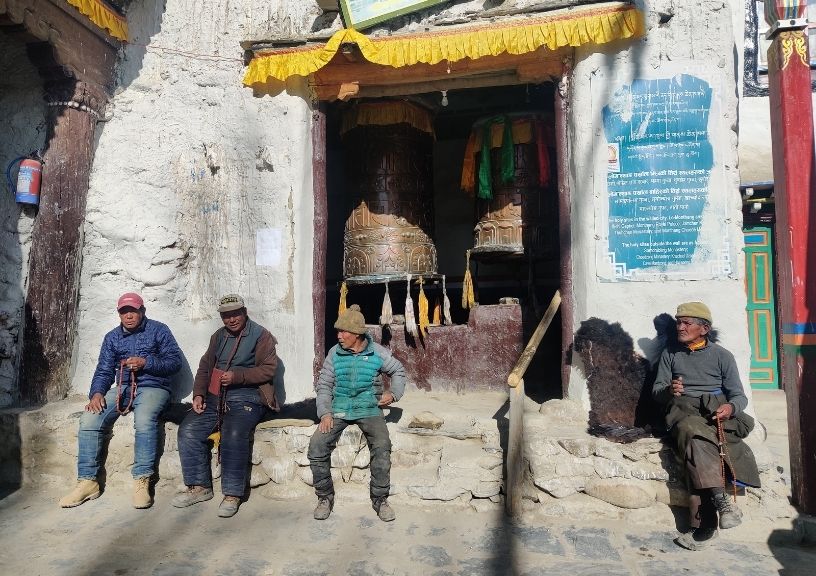 I notice men sitting in the central courtyard and gossiping outside the monastery, and women filling water and washing clothes while the infectious laughter of kids at play fills the air. There are about 170 to 180 homes here, and about 500 people living here. Everyone is really friendly. We go on the roof of one of these homes where a person tells us everything about this ancient land. 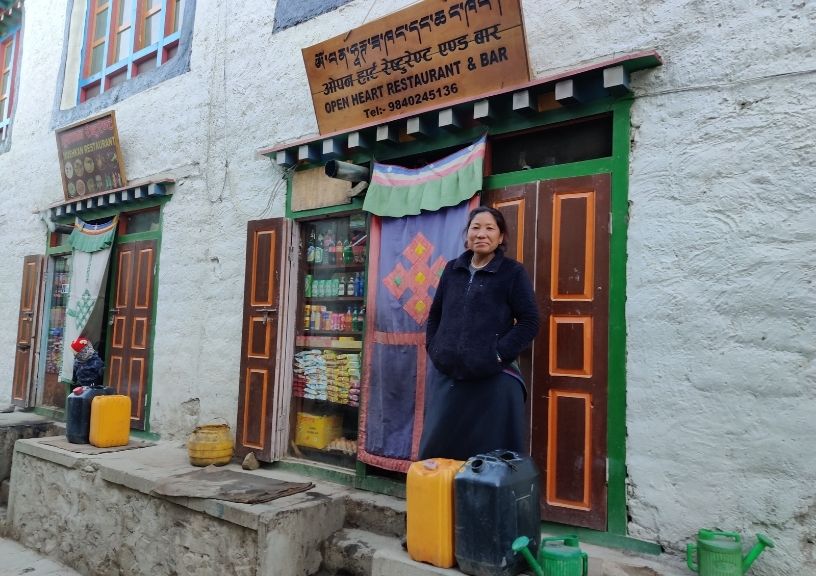 Lo Manthang dates back to the 14th century when the first king of Mustang, Ame Pal, built a palace—a four-storied building that dominates the other houses. Inhabited by people who started coming from caves where they lived in the mountains, the wall around the settlement was built to protect it from invasions—a possible threat, then, as Lo Manthang lays along Tibet’s trade route. It was only in 2008 that monarchy was abolished in Mustang. 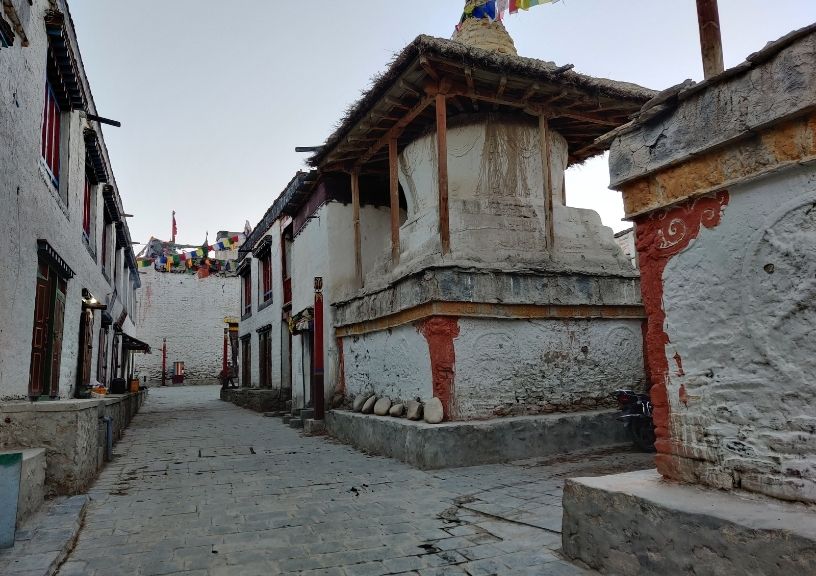 There are three monasteries: Dragkar-Thegchen Ling Gompa, Jampa Gompa, and Thupchen Gompa. We visit Thupchen Gompa, and it feels surreal; not because it is imposing, but because it dates back so many centuries. Jampa monastery is the oldest and has a large collection of mandalas on the walls. 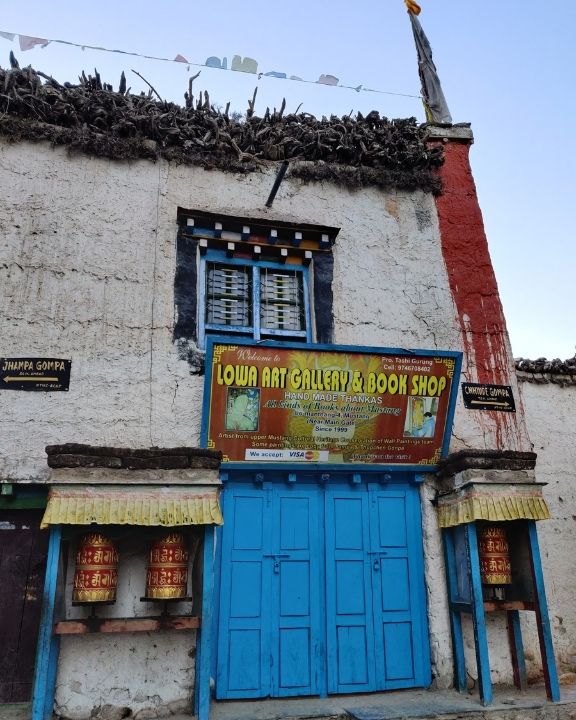 Even though this land is so cut off from the world, it has not been spared by COVID-19. With no visitors last year, the handful of shops selling thangka paintings and souvenirs have locks on them. Accommodation is basic. There are hotels and home-stays but do not expect a 24-hour supply of water and electricity as it’s erratic.

Take a flight from Pokhara to Jomsom. Spend a night in Lower Mustang and drive to Lo Manthang the next day. Since there are no proper roads, a four-wheeler-drive vehicle is a must. It will take roughly six hours to reach. 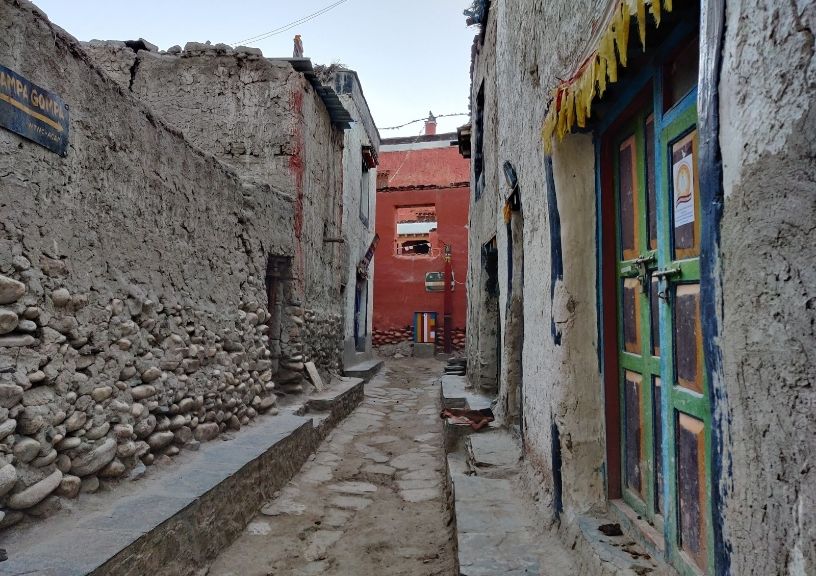 Related: New COVID-19 Guidelines For Tourists Who Are Planning To Visit Nepal For Mountaineering

Places
Explore Junput In West Bengal If You Are A Slow Traveller
Places
These Are The Hottest Places On Earth
Places
Hidden Gems Of Uttarakhand: We Bet You Didn’t Know About These Places
Places
A Jaw-dropping Archipelago Is Set To Open In Saudi Arabia In 2022
Places
Rediscover Hyderabad’s Past By Tracing Its Afro-Arabian History
Places
Set Your Gaze Beyond Taj Mahal & Explore The Colonial Side Of...

Hiking for many is not just a physical activity bu

Is it too early to start dreaming about winters? #

Anyone else missing the beaches?⁠ ⁠ Video Cour

One of the best things about summertime — well,

#DiscoverTheUndiscovered⁠ ⁠ Nobody ever talked

It's only Wednesday. Take a break and stretch a li