By Shalini Passi
Get the best news and reviews from Travel + Leisure India delivered straight to your inbox.
Share

If you’re planning to unfurl the magic of Jodhpur, then consider exploring it through the gaze of an art curator to truly soak in its many architectural marvels. By Shalini Passi 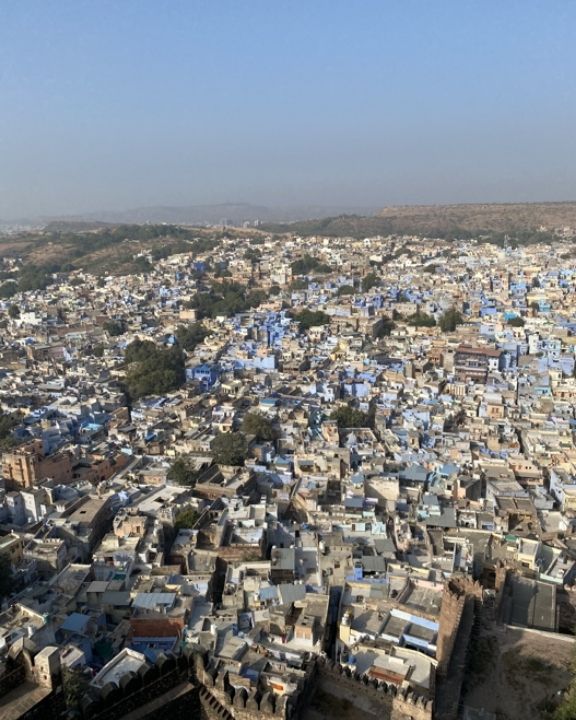 Jodhpur or Sun City goes by many names, one of which is Blue City. One can spot many vivid blue houses around the Mehrangarh fort here. However, a concrete theory for this colouring has not yet been proven; it’s all a speculation. According to one theory based on psychology, blue is considered one of the most soothing colours. It denotes serenity and calm, and thus, the residents of the city consider it sacred. Moreover, Lord Shiva is often associated with the colour blue.

It is also believed that blue reflects heat, and since Jodhpur is a dessert town with temperatures soaring up to 40 degrees in summers, painting houses in this hue could be a means to combat the heat. According to another theory, the reasoning is entirely scientific and backed by convenience. Blue paint is obtained by mixing limestone and copper sulphate. The former is a common construction material used while making palaces and homes in Jodhpur. Many indigo plantations around the city could also be the cause of this colour.

Whichever theory you choose to believe, a visit to the city is the ideal means to draw up a conclusion. And while you’re there, consider visiting these places: 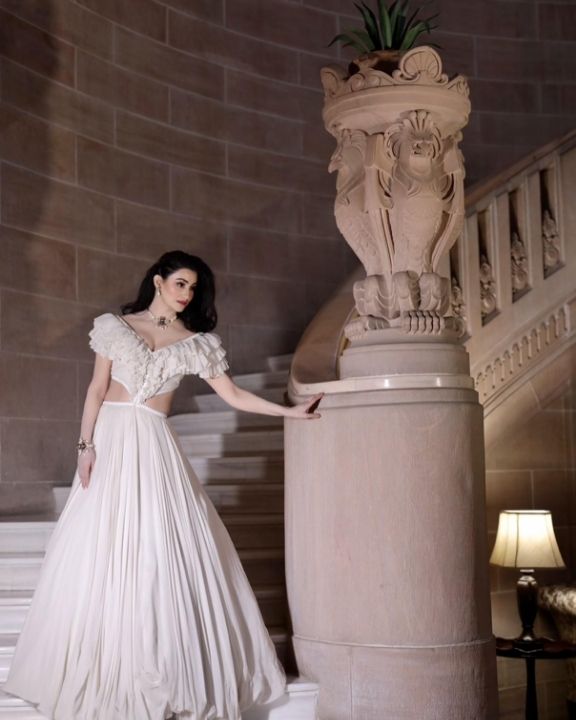 Named after and built by Maharaja Umaid Singh, Umaid Bhawan Palace (or the Chittar Palace, because of the use of Chittar sandstone in its construction) towers as a stunning example of Indo-Colonial and art deco architecture. Interestingly, no mortar has been used in the entire construction. Instead, manually-chiselled sandstone blocks have been interlocked together. Today, a section of the palace doubles as a hotel, while the other houses model aeroplanes, weapons, antique clocks, and priceless crockery for public-viewing.

Like Jodhpur itself, Mandore Garden, too, has many names. Maddodara, Mandowar, and Mandavyapura-Durga are some of its oldest names, each of which is believed to have been derived from Rishi Mandavya. Locals believe that the gardens were initially looked after by Nagas, followed by Pratiharas, Chahamanas, Sultans of Delhi, and finally, Rathores. Today, the garden is grounds for many magnificent ancient temples, memorials, and high-rock terraces. The monoliths here date back to the early fifth century. In fact, two elaborately carved monoliths depicting scenes of Krishna Leela were excavated in 1909-10. On the other hand, the hilltop Mandore Palace and Fort here date back to the sixth century. However, the highlight at Mandore Gardens is the government-run museum that houses artefacts and relics of historic importance. 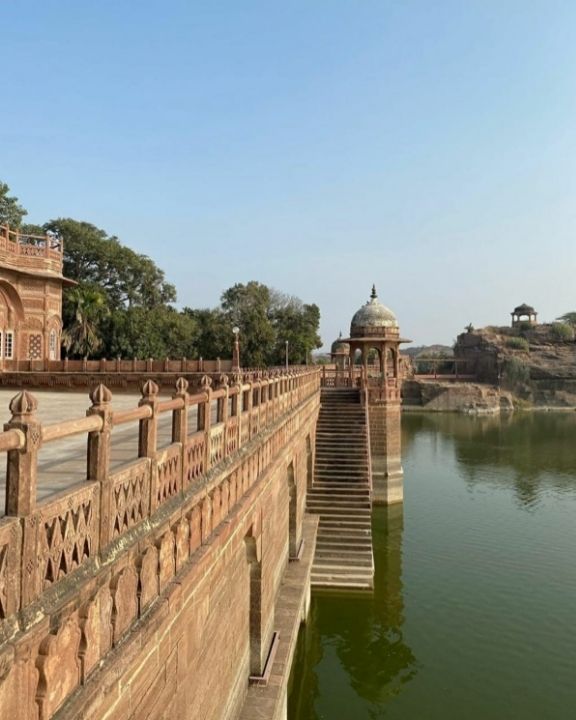 Built by Maharaja Umaid Singh in 1933, the lakeside Sardar Samand Lake Palace boasts of a hunting lodge done up in a magnificent art deco style. The lake—built by Maharaja Jaswant Singh I of Jodhpur—dates back to the 17th Century, at the zenith of the Rathore rule. Today, the palace remains the royal family’s favourite retreat. When here, you can find countless African trophies, an oriental garden replete with birds, a boat-house, a swimming pool, and tennis and squash courts. 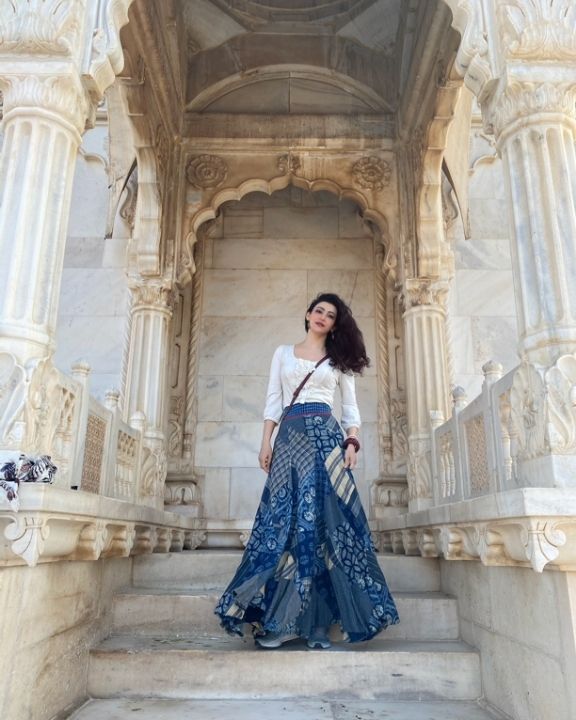 Dating back to 1899, Jaswant Thada is a famous cenotaph in Jodhpur. While today it serves as a cremation ground for the royal Rajput family of Marwar, it was originally built by Maharaja Sardar Singh of Jodhpur in memory of his father, Maharaja Jaswant Singh II.

The cenotaph is built entirely with thin and intricately carved marble sheets. They’ve been polished so as to radiate under the summer sun. The main cenotaph—Maharaja Jaswant Singh’s—is surrounded by portraits of rulers. Moreover, the grounds of Jaswant Thada feature gazebos, a tiered garden, three other cenotaphs, and a small lake as well. 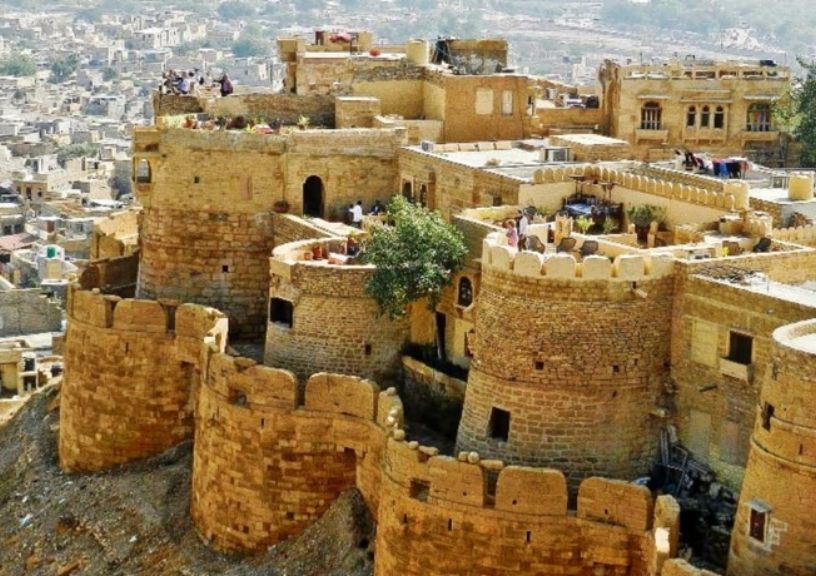 Osian or Osiyan is an oasis-town located in the Jodhpur district’s Thar desert. Often dubbed as the Khajuraho of Rajasthan, this historic town is famous for Hindu and Jain temples. 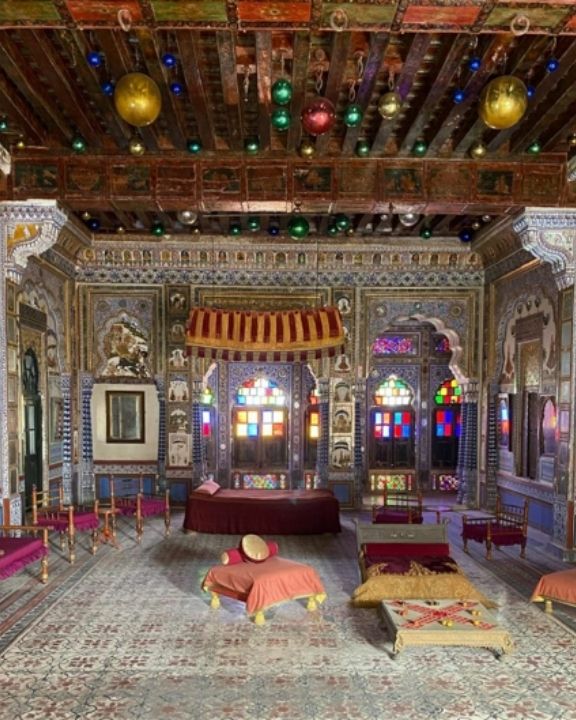 If you’re looking to soak in magnificent city views, be awestruck by splendid architecture and unleash the magic of Jodhpur, then I highly recommend Mehrangarh Fort or the Citadel of the Sun. Perched on a perpendicular cliff 400 feet above the city, this burnished red sandstone structure comes backed by many tales. Its beauty has beckoned many admirers, such as Rudyard Kipling; he dubbed it as “the work of giants.” Today, it is widely regarded as one of India’s best-preserved forts.

Exploring Madurai Beyond Its Temples. Why It’s A Great Family Vacation Destination

Through The Lens: Capturing New York’s Most Iconic Locations In Style

How To Enjoy Pangong Tso Lake From Home

What a beauty! In case you’re wondering, this is

Peace and serenity — something we all need RN. P

Consider this as a splash of colour to brighten up

Blues so clear that the horizon gets lost. 😍⁠