In a first, DJ and music producer David Guetta will be putting up a virtual show at the iconic Burj Al Arab Jumeirah helipad as part of the #UnitedAtHome Dubai Edition. Here are all the details on this unique charitable virtual show. By Bayar Jain 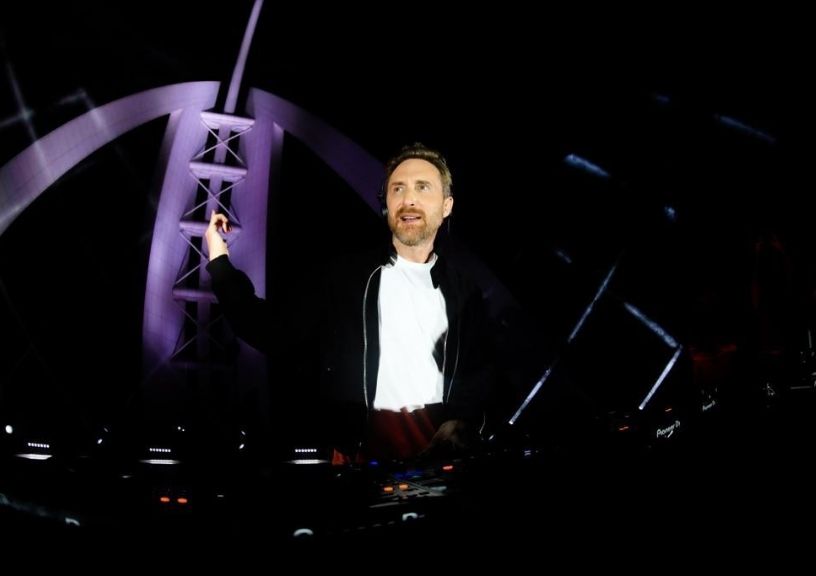 As per a statement released by Dubai Tourism, world-famous DJ and music producer David Guetta will be performing live at Dubai’s iconic Burj Al Arab Jumeirah helipad on February 6, 2021. The online event will be available to stream free of charge.

Through this event, Guetta—along with Dubai Tourism, and the Government of Dubai, and the Jumeirah Group—aim to raise funds for UNICEF, and Dubai Cares’ Education Uninterrupted campaign, a nationwide fundraising campaign to tackle the impact of COVID-19 on education and youth. Notably, Guetta has participated in similar charity performances under the same #UnitedAtHome campaign at Miami, New York and Paris’ Louvre, earlier.

“So far, we raised more than USD 1.6 million (approximately INR 11,69,27,440) and counting (…) In these difficult times, we hope to bring comfort, joy, and support through the power of music and emotions. We have supported many charities and helped make a real difference in people’s lives during the pandemic. We continue in this direction today, benefiting UNICEF and Dubai Cares,” Guetta is quoted as saying in the statement. Moreover, the two-time Grammy winner reportedly dedicates this performance to the city he calls home.

Speaking about the performance, Issam Kazim, Chief Executive Officer of Dubai Corporation for Tourism and Commerce Marketing (Dubai Tourism) says, “As an initiative that was launched to spread positivity across communities and cultures, and bring nationalities even closer, this innovative and uplifting online performance by David Guetta atop the iconic landmark of Burj Al Arab Jumeirah is symbolic of the strong sense of vibrancy and optimism prevailing across the city.” 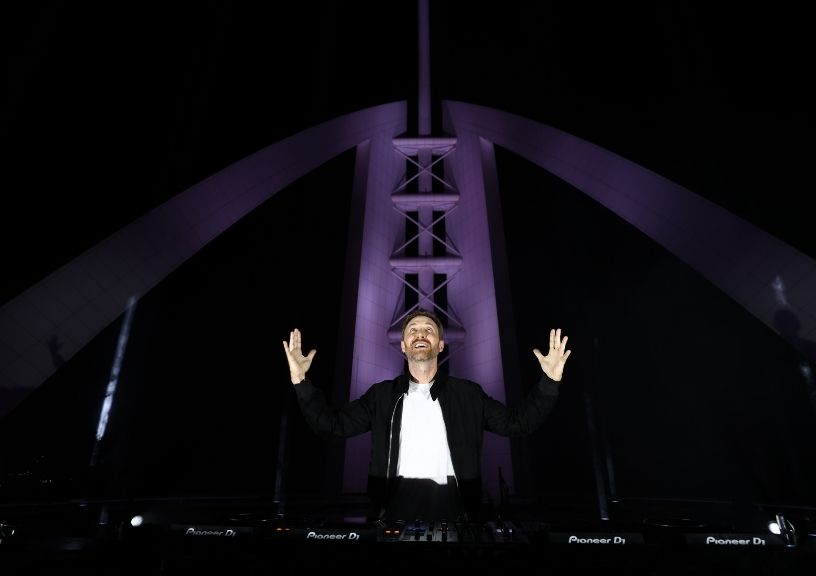 “At Dubai Cares, we remain committed to continue our journey with our partners and make a lasting and positive impact in the lives of children and young people, by further increasing our impact which has so far reached over 20 million beneficiaries in 60 developing countries,” adds Dr Tariq Al Gurg, Chief Executive Officer at Dubai Cares and member of its Board of Directors. “With David Guetta and his millions of followers around the world, we can extend the reach of sending this message globally.”

Alexander Lee, Chief Commercial Officer of Jumeirah Group points towards the positive impact this virtual concert will have on Dubai’s tourism. “This initiative is part of [the] many incredible experiences brought to Dubai, and joins the ranks of several spectacular and memorable events that have taken place on our helipad, capturing the attention of audiences from around the world and creating a buzz for Dubai.”

The entire concert will be available to stream online on Guetta’s Youtube page for free on February 6, 2021, at 19:30 IST. Donations for the charity event can be made on his official website.

Related: Pink Floyd Fans Rejoice! Here’s How You Can Catch Some Of The Band’s Legendary Concerts Free

Africa’s Largest Observation Wheel To Debut In Egypt Next Year

Ahmedabad’s Narendra Modi Stadium Is Set To Be The World’s Largest Sports...
In Another 5-6 Months, Jet Airways Is Expected To Fly Again
Here’s How One Airline Is Finding New Ways To Use Old Aircraft...
Top Travel Trends Of 2021: Sustainable, Nature, Family Trips
15 Indian Hotels That Are Playing Cupid With Alluring Valentine’s Day Offers
What Airlines Are Doing To Make Flying Better, Safer & More Fun...

There’s no better way for trekkers to slam-dunk